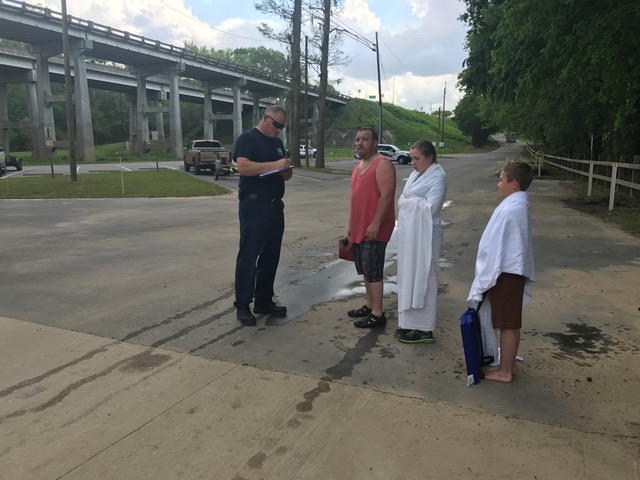 Wayne Benson of Tar Heel and his two children had to be rescued Thursday, April 13, at Tory Hole Park in the Cape Fear River.

“I just got the boat. Registered it yesterday and it was the first time we used it,” said Benson.

His children, ages 9 and 12 years old, were wearing their life jackets, according to Elizabethtown Fire Chief Nick West. He also said the weight on the boat may have been a contributing factor to its sinking. White Lake Water Rescue also assisted with the rescue and retrieved a Yeti cooler, a boat seat, and two floaties.

There was a couple nearby that called 911 for help and then helped to pull them in the water, according to Benson.

“I got $1,500 setting in the river I haven’t used yet. At least we are here, that’s the important thing,” Benson said.