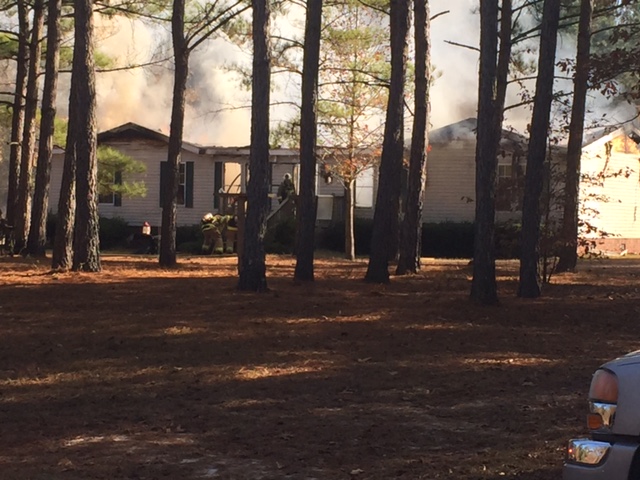 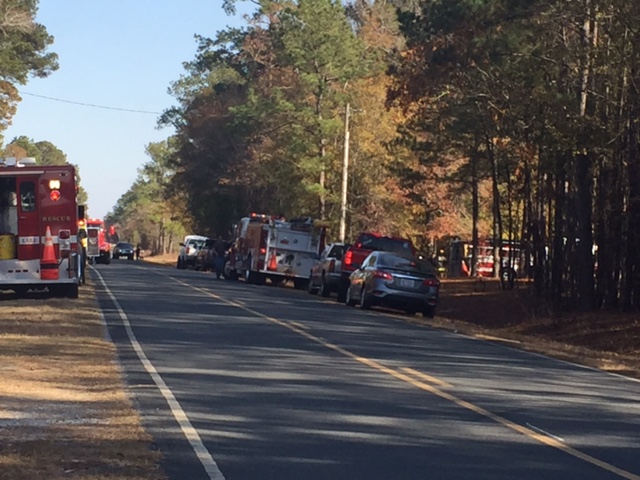 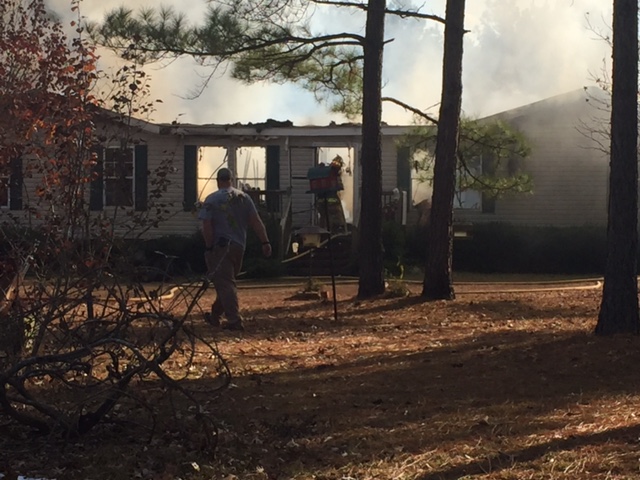 A home located on Ruskin Road near White Oak is a total loss following a fire on Thursday afternoon.

The home’s owner Mrs Norris said she and her family had traveled to Pinehurst and were returning home when they discovered the fire.

Norris said she was laying down in the backseat of the car due to recent back surgery when she heard her daughter, Mindy Shamblin, yelling the house was on fire.

“I sat up and could see smoke coming from the roof,” said Norris.

She said her daughter and brother-in-law, Derrick Rich, were with here but they were not able to salvage anything.

No one was injured in the fire. The fire is under investigation at this time.

Fire crews from multiple departments worked to bring a structure fire on Ruskin Road near White Oak under control on Thursday.