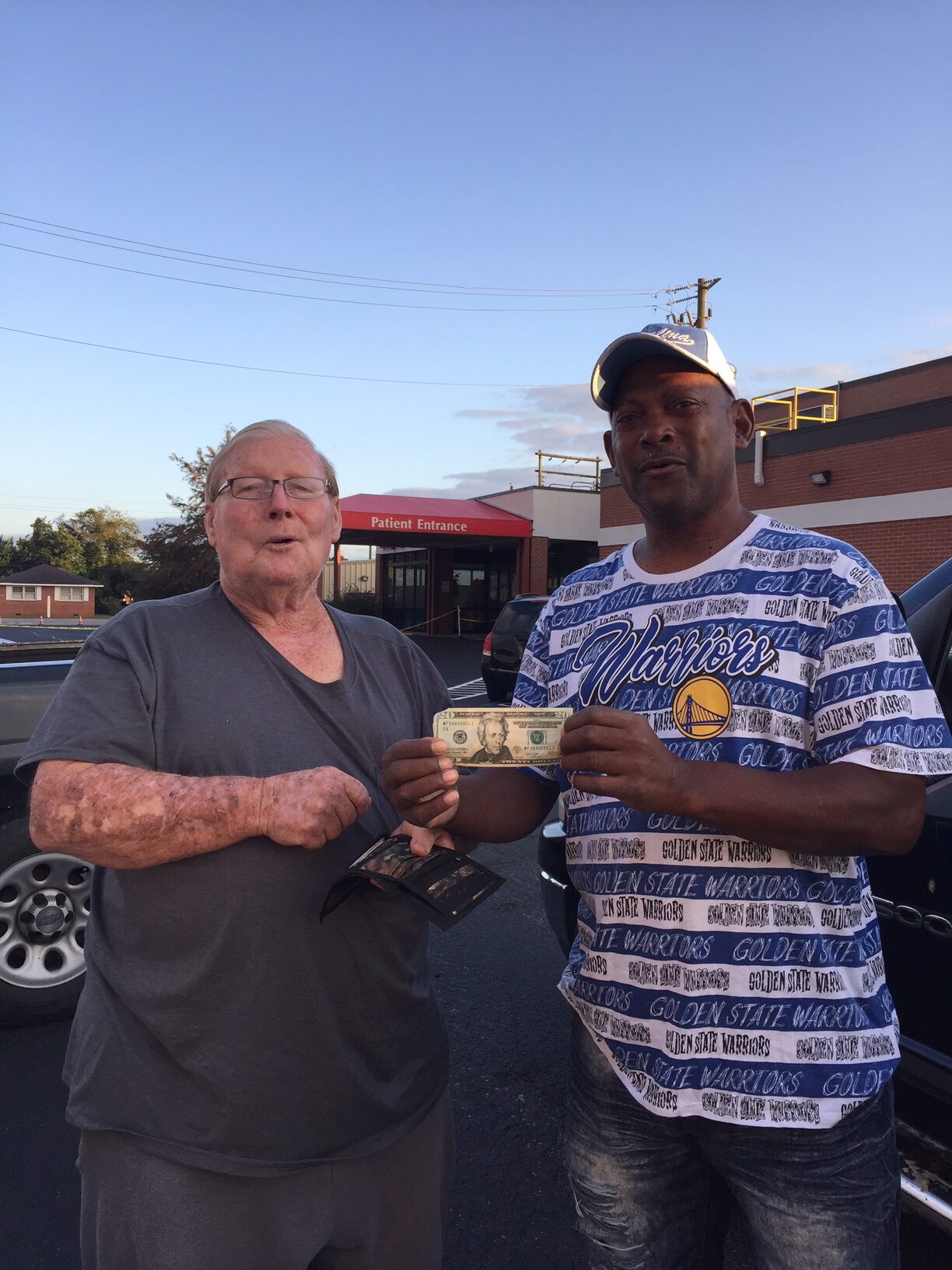 Citizen Awarded for being Honest in Elizabethtown

On September 21, 2020, Mr. Levi Roberts was at GoGas in Elizabethtown on US Hwy 701. While at the gas station, he found a wallet on the ground.

Mr. Roberts explained, he wondered what to do. His wife went through the wallet and located contact information. Mr. Roberts contacted the owner of the wallet, Mr. David Robinson, and scheduled a time and place to meet.

The two met at the Urgent Care in Elizabethtown. Mr. Robinson, the owner of the wallet, who was accompanied during the meeting by his granddaughter, Melissa Todd.

Mr. Roberts returned the wallet and all of its contents to the owner, Mr. David Robinson Sr. In a surprise turn of events, Mr. Robsinson awarded Mr. Roberts $20 for his honesty in returning the wallet.

In the photo left to right: Mr. David Robinson  and Mr. Levi Roberts