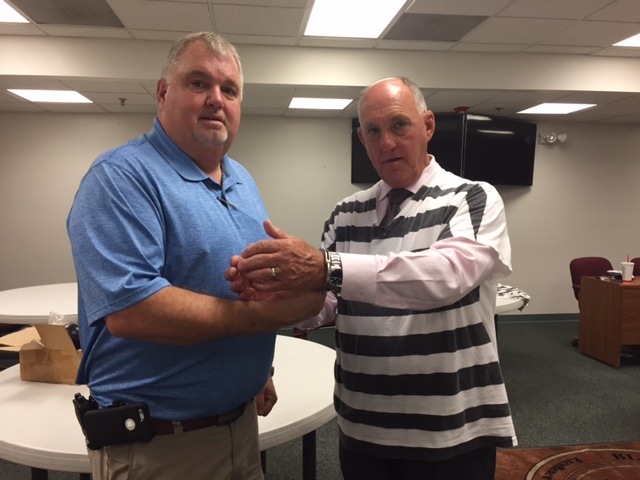 Jail-A-Thon deemed a success; final tally not yet calculated 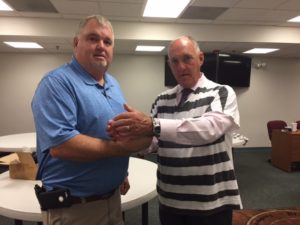 There was plenty of laughter and smiles to go around on Wednesday afternoon at the Bladen County Board of Education as the Bladen County Education Foundation held their 9th annual Jail-A-Thon. David Wall, one of the event’s organizers deemed this event a success, though final totals have not been calculated as donations are still being received.

The Board of Education meeting room served as the “court room” as Judge Wall read the charges against each participant and pronounced a fine. Bladen County Sheriff Jim McVicker agreed to take part in the event and was “arrested” by Assistant Coroner Kenneth Clark. He noted it is for a worthy cause.

Several teachers, principals and staff all took part in the event to raise money for Bladen County’s public schools. The goal was to raise $5,000 and Wall estimated on Thursday morning, they will meet their goal.

“We just appreciate everyone in Bladen County. It looks to be a really good one this year. The money stays in the county and goes back to help the children,” said Wall.