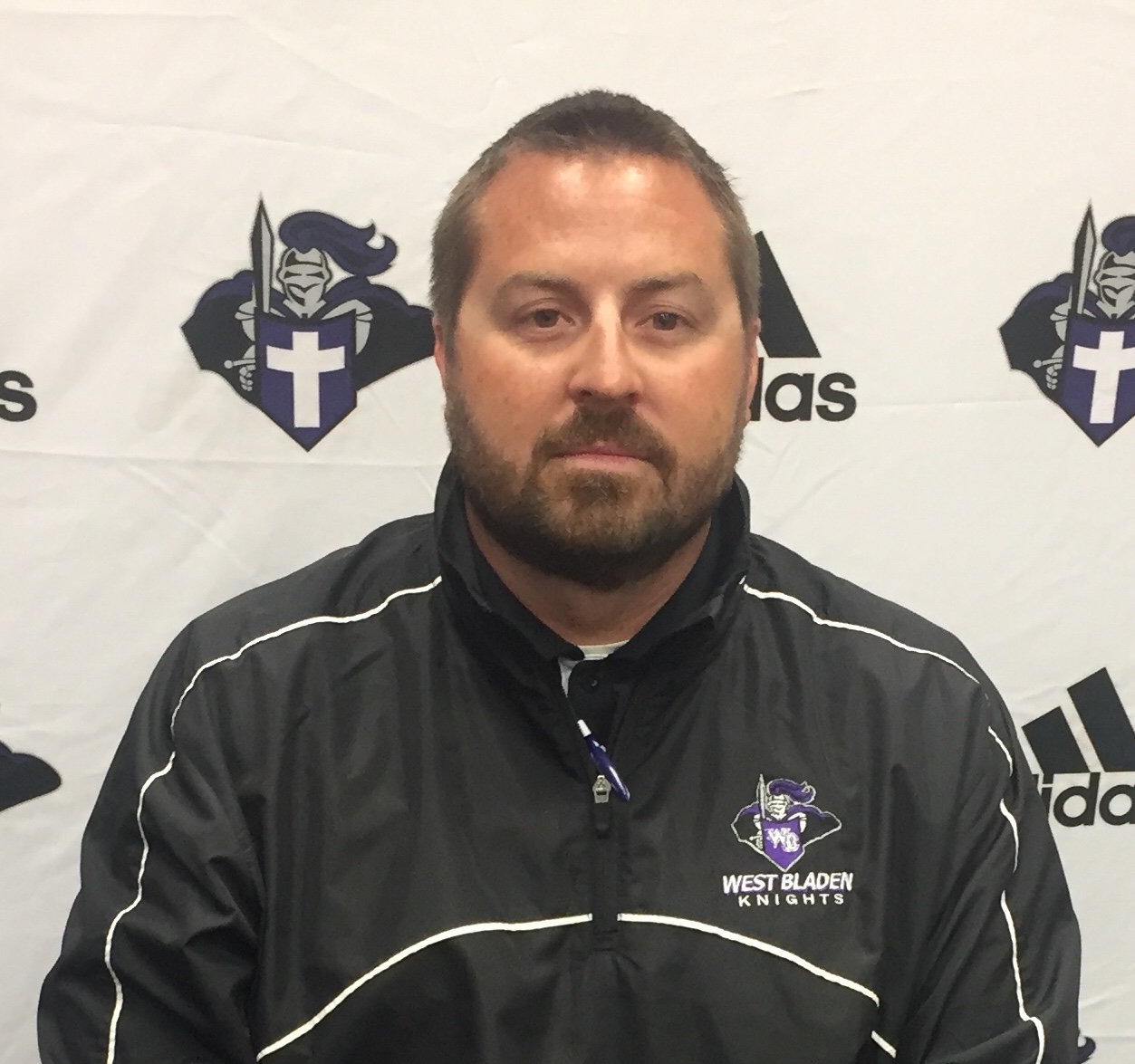 BLADENBORO – Jon Sherman has been named as the new head football coach at West Bladen High School and was introduced to current football players as well as the local news media Tuesday.

Sherman was approved by the Bladen County School Board Monday night to replace Kris Williams who resigned after two seasons in which the Knights posted a 5-17 record.

Principal Peggy Hester opened Tuesday’s press conference saying, “I can’t remember a time that I have been more excited about a coach coming on board.”

Coach Sherman echoed those sentiments, “I am excited. I appreciate the opportunity, and I am ready to get started.” He shared that he will be visiting the campus after school and on weekends and plans to have a 10-day spring practice after the spring sports are completed.

Sherman has served as Purnell Swett’s head coach for the last four seasons. During his tenure the Rams posted a 13-32 record in the very tough Southeastern Conference and made the Class 4A state play-offs in 2017. Sherman’s first head coaching job was at East Chapel Hill in 2013.

Coach Sherman credited NCHSAA Hall of Fame Coach Bob Lewis who won a state football championship at East Bladen in 1974 as greatly influencing his decision to take the West Bladen job. “Coach Lewis said it was a great place to work and live.”

“When I interviewed I liked the passion that Ms. Hester had, the passion that Coach (Travis) Pait had,” continued Sherman. “I see passion in the community that they want to be successful. It is close to home. Something told me to take this opportunity.”

Sherman worked as an assistant on Coach Lewis’ staff at Clinton for one season, and he named Lewis, the late Jim Sypult who was his coach at Methodist, and Coach Richard Bailey whose staff he served on at Jack Britt as the three biggest influences on his coaching philosophy.

Coach Sherman noted that he is not married to any one offensive or defensive scheme but that he would rather adapt to fit his personnel. “If I have a bunch of linebackers, we would probably go with a 3-4 front or if we had a lot of ends we might favor a 4-3 look.” Without having to adjust for personnel, Sherman says he would favor a multiple spread with a tight end on offense and a 4-3 look on defense.

Sherman doesn’t think adjusting to the smaller turn-out numbers at a Class 2A school will be a problem. “We had some two-way players at Swett, and it wasn’t a problem. We would run offense an hour then run defense for an hour.”

Staff selection will be done after conversations with current coaches. Sherman said he expects all coaches will work with both the varsity and junior varsity teams.

Coach Sherman shared that he will always have a workout program in place for the off-season. “After I meet with the players and see how their schedules fit, I will set up a calendar for work-outs. I hope to have a schedule set within the next three weeks.”

When Sherman was asked about how the community could help, he said, “Just support, become engaged with the kids, do what they can for the kids. It is my job to do everything else.”

Coach Sherman currently resides in the Hope Mills area but he and his wife have been looking at houses in the West Bladen area. The couple has two children with another on the way.