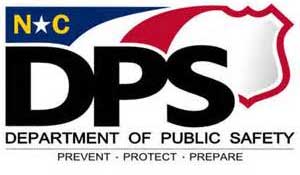 NC Department of Public Safety Secretary Erik A. Hooks today announced Kimberly D. Grande as the new executive director of the Inmate Grievance Resolution Board.  Grande, a seasoned jurist who has practiced law for more than a decade, will assume the position on January 8.

“Kimberly Grande brings an impressive array of skill sets and expertise to the department of public safety,” said Secretary Hooks.  “Her impeccable record on appellate matters proves she is an adept counsel, who will serve the grievance board well,” said Hooks.

As executive director of the grievance and resolution board, Grande will advise the grievance board in its management of the state’s administrative remedy procedures which allows inmates the opportunity to file legitimate complaints and receive due process to reach fair resolution. The five-member board, appointed by the governor, is responsible for evaluating the effectiveness and credibility of the grievance procedure which is reviewed quarterly.

“I am honored to be selected to lead the Inmate Grievance Resolution Board and join a team of skilled professionals working to better North Carolina’s prisons,” said Grande. “My goal is the same as all DPS employees – a safe and secure prison environment. I believe the board can help achieve that by providing fair and just review of complaints,” said Grande.

Grande comes to DPS from the North Carolina Department of Justice where she served as an Assistant Attorney General in the Public Safety Section.  During her seven years with the agency, she defended the department in lawsuits filed by prisoners in both state and federal courts.  She also handled class-action litigation and has represented parties in claim settlements and negotiations, organizing discovery, jury and bench trials, and the review of agency policies.

During her tenure with the Attorney General’s Office Grande has won defense verdicts in numerous federal jury trials and has appeared before the Fourth Circuit Court of Appeals.  Prior to her position with the DOJ, Grande served as a Wake County Magistrate, Staff Attorney for the North Carolina Racial Justice Act study, and Assistant Solicitor for the Thirteenth Circuit Solicitor’s Office in Greenville, S.C.

Grande is a proud graduate of Wofford College in Spartanburg, S.C.  She received her Juris Doctor from the Cumberland School of Law at Samford University in Birmingham, Ala.

Tags: Kimberly Grande Named Executive Director of the Inmate Grievance and Resolution Board