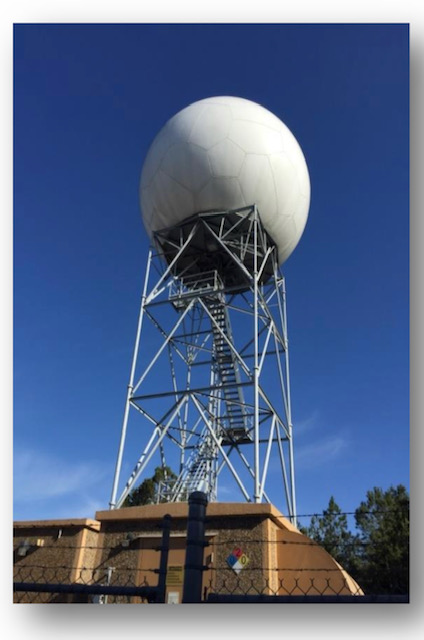 According to Steven Pfaff, Warning Coordination Meteorologist, beginning January 8th the KLTX WSR-88D radar operated by the NOAA National Weather Service in Wilmington, NC will be down for approximately seven days for the replacement of the generator, fuel tanks, and accompanying components. This activity is important to support the radar’s operation during periods of commercial power outages, specifically when hazardous weather is present.

This generator update is the fifth major project of the NEXRAD Service Life Extension Program, a series of upgrades and replacements that will keep our nation’s radars viable into the 2030’s. NOAA National Weather Service, the United States Air Force, and the Federal Aviation Administration are investing $150 million in the seven year program. The first project was the installation of the new signal processor and the second project was the transmitter refurbishment. The two remaining projects are the refurbishment of the pedestal and equipment shelters. The Service Life Extension

Program will be completed during 2023.
During the downtime, the adjacent radars that can be utilized during the outage include: Columbia
(KCAE), Charleston (KCLX), Raleigh (KRAX), and Morehead City (KMHX). For direct access to any of these surrounding radar sites, go to the following web page:
http://radar.weather.gov/

The KLTX WSR-88D is part of a network of 159 operational radars. The Radar Operations Center in Norman, Oklahoma, provides lifecycle management and support for all WSR-88Ds.