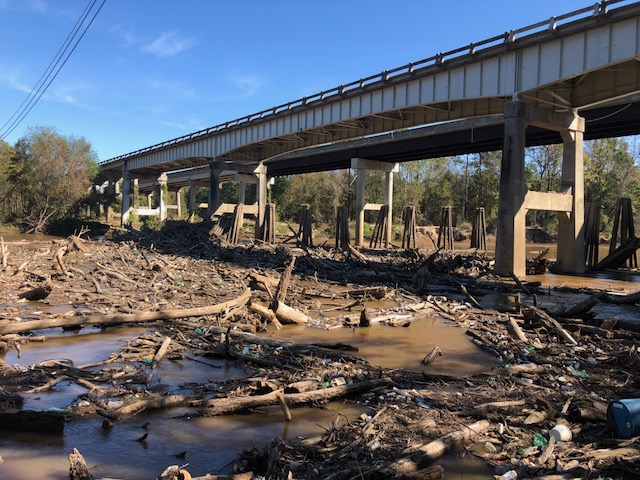 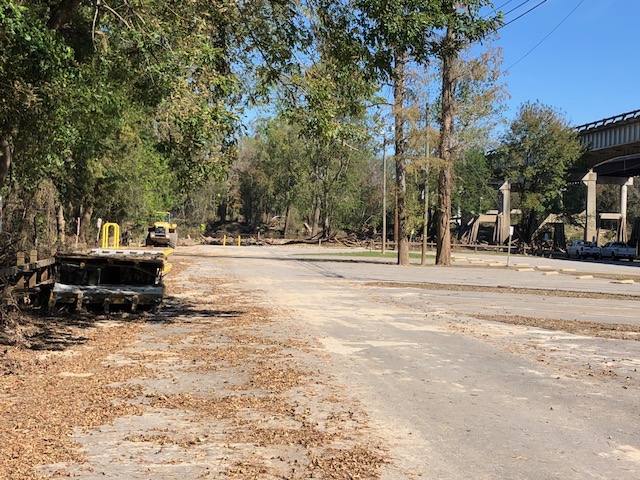 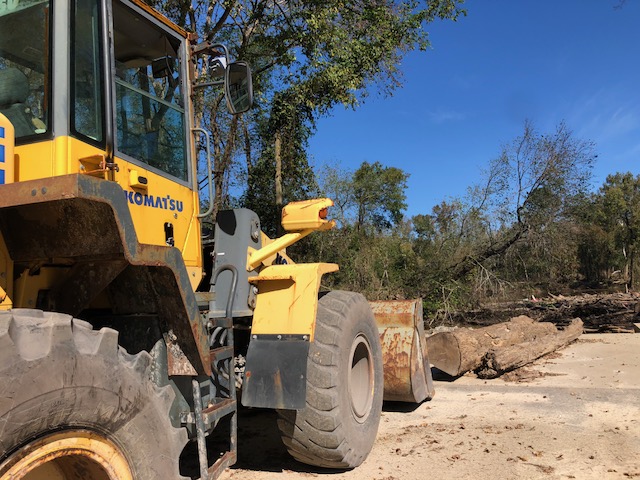 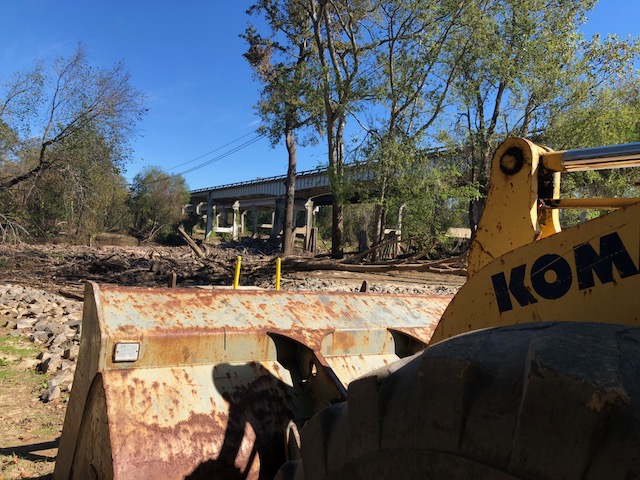 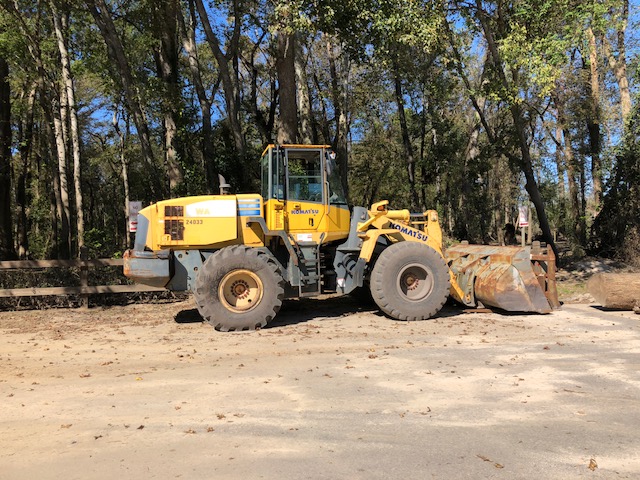 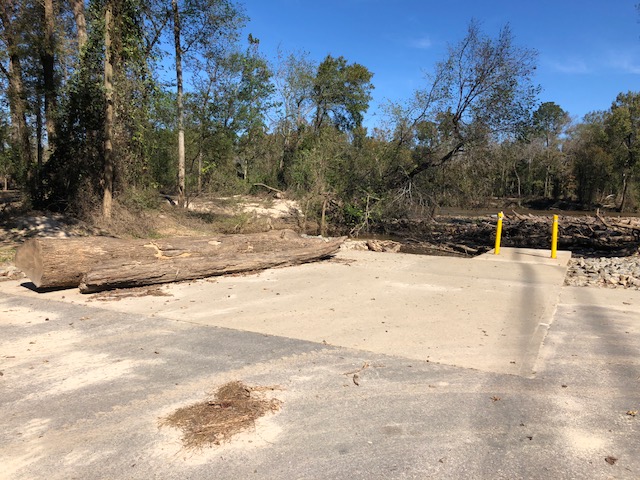 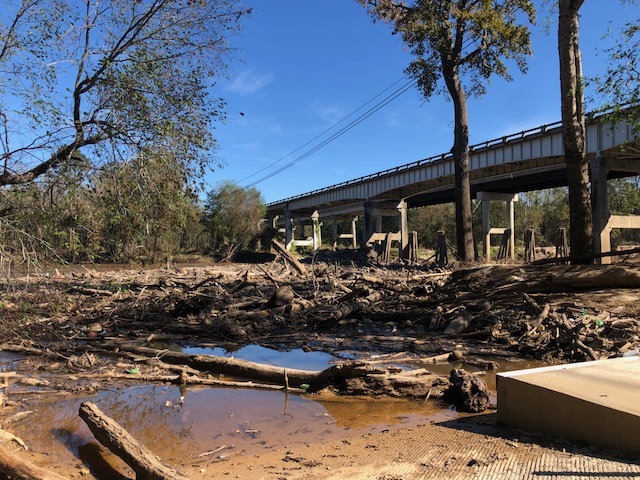 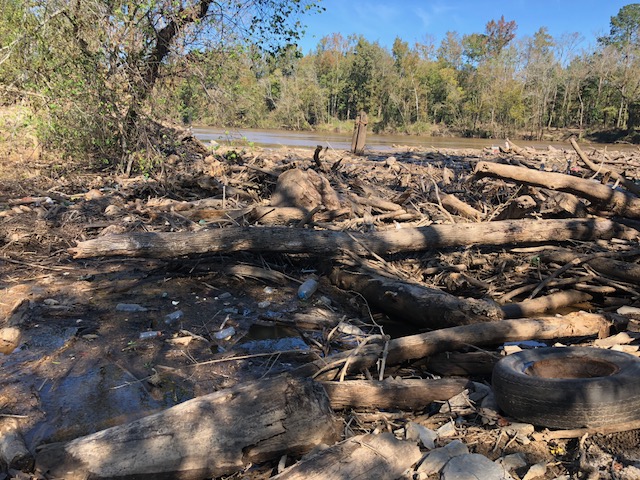 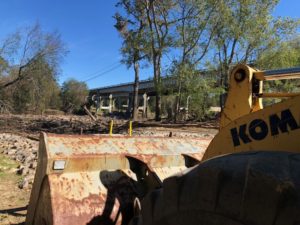 An extreme amount of debris under the U.S. Highway 701 bridge over the Cape Fear River in Elizabethtown has caused concerns about possible damage to the bridge. According to Andrew Barksdale, Public Relations Officer with the North Carolina Department of Transportation, many officials are sorting through various solutions with the Town of Elizabethtown officials, InterCoastal Contracting, Inc. and the Army Corps of Engineers about the bridge project.

“It’s a giant mess,” Barksdale said about the pile of debris currently under the U.S. Highway 701 bridge. 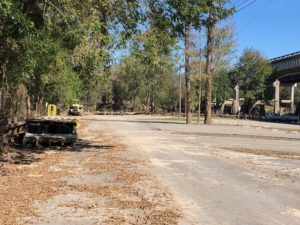 The bridge first accumulated debris under it during Hurricane Matthew in 2016. InterCoastal Contracting, Inc., an unlimited general contracting company from Castle Hayne, was awarded a scope of work to clean up the debris and fix the fender system.

A fender system, similar to a guard rail on a road, deflects debris, including boats, from running into the columns or support structures of the bridge, according to Barksdale.

Since Hurricane Florence hit in September, when the first scope of work was scheduled to begin, the contractor was unable to start on the debris removal and fender repairs. The debris and log jam has grown a considerable amount in size and so has the extent of work needed under the bridge.

“We don’t know if there is damage to the bridge until the log jam is removed. It is too dangerous to send divers in before the logs and debris are removed,” Barksdale said, “We have to be environmentally cautious.” 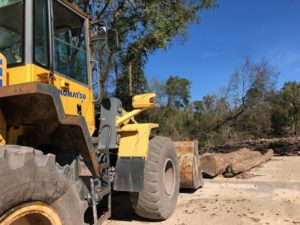 A permit with the Town of Elizabethtown and the state of North Carolina has been obtained and a specialized scope of work is being prepared. Barksdale gave a layout of the plan. He explained the plan includes removing the log jam by recycling the plastic bottles, grinding up the logs and taking the trash to the landfill; another small bridge may be built to assist with a crane and a barge may be used.

After the log jam is unclogged and safe, divers will inspect the bridge to see if there is any damage. Barksdale added because of the moratorium, the contractor is not likely to complete repairs to the fender system until January 2020.

The maintenance of restoring the concrete surface of the northbound U.S. 701 bridge was approved in August of this year as well and is also scheduled to begin; however, the maintenance work has been postponed until the log jam and fender system scope of work is completed, according to Barksdale.