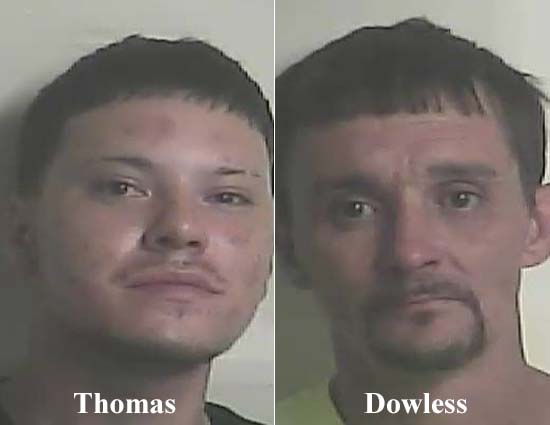 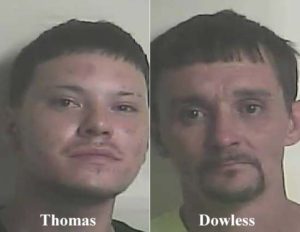 Two men and one woman from Lumberton have been charged with breaking in and taking items from two homes on Luther Brisson Road in Bladenboro, says Bladen County Sheriff James McVicker.

The two men — Kameron Drake Thomas and Gary Gene Dowless — have been apprehended while a search is underway for 19-year-old Laiken Alexandria Thomas, McVicker said.

The robberies took place Friday, July 27, according to McVicker.

At one of the homes, items valued at $2,175 were taken. The items included two televisions, a radio, tools and a truck bed cover.

The other home reported the theft of televisions, jewelry, clothing, a Play Station, generator and handgun. The items were valued at more than $4,000.

McVicker said investigators recovered some of the items from a pawn shop in Bladenboro and from a flea market on N.C. 41 in Robeson County. Officers continue to search for the rest of the items.

Dowless, 39, has been charged with the same charges as Thomas with the exception of the possession of firearm by felon. His bond was set at $33,000. He also was served with four outstanding warrants for failure to appear in court on misdemeanor charges and one assault with deadly weapon charge.

Thomas, when found, will be charged with breaking and entering, felonious larceny, felonious possession of stolen goods and  obtaining property by false pretense.