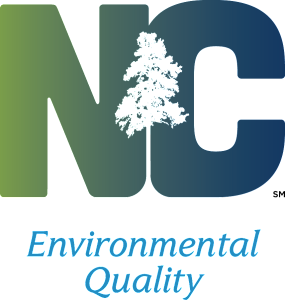 Governor Pat McCrory has become a national leader in fighting the Obama administration’s attempts to impose costly federal mandates that would hurt North Carolina’s economy and eliminate jobs. Thanks to the governor’s leadership, North Carolina successfully stopped federal takeover of states’ electricity systems and millions of acres of private property.

Recently, the U.S. Supreme Court put Obama’s landmark rule to take over states’ electricity systems on hold until all legal challenges are resolved. This was the first time the Supreme Court has ever stayed a rule before a federal appeals court reviewed it. The Supreme Court’s ruling came on the heels of another federal court’s decision last October to block Obama’s Waters of the United States rule from taking effect until judicial review is completed. In both cases, the courts determined implementation of the rule would cause “irreparable harm” and that the petitioning states, which include North Carolina, will likely succeed in court.

The McCrory administration has consistently been a vocal opponent of the federal government’s attempts to centralize more power in Washington. At the direction of Governor McCrory, North Carolina’s chief environmental agency joined other states in fighting the rules in court because they are illegal and their costs greatly outweigh any potential benefits. It is unconscionable for a state leader to allow the federal government to impose these illegal rules, yet North Carolina’s Attorney General decided not to join either lawsuit on behalf of North Carolina’s citizens.

The federal power plan would drastically increase energy costs, threaten job creation, and allow bureaucrats in Washington to dictate how electricity is generated and when it is available. Low income families would be hit the hardest because it is estimated to increase electricity prices by 22 percent, or $434 a year. The federal power plan would have little, if any, environmental benefit and the Obama administration does not deny that it would have no impact on climate change.

North Carolina currently has the cleanest air that has been recorded in the past 25 years of monitoring. For the first time in almost two decades – and in spite of stricter federal standards and a growing population – the entire state meets all federal air quality standards. In addition, we have reduced carbon dioxide emissions from fossil fuel sources by more than 25 percent since 2005 and are on track to reach a 30 percent reduction by 2030. North Carolina will continue to clean up its power sector while keeping energy prices low without meddling from federal government.

Obama’s illegal water rule is another example of federal intrusion that will create more red tape at the expense of private property owners, farmers and economic development. The rule ignores the role of the states in protecting water quality, imposes regulatory uncertainty, will devastate land values and stifle economic growth and prosperity. North Carolina already has an effective regulatory framework in place that protects the state’s water resources.

Governor McCrory understands that states make better decisions on how to protect their natural resources than bureaucrats would in Washington, D.C. North Carolina will continue to protect its residents and businesses from the heavy hand of big government that will increase energy prices and diminish property rights. This governor is not afraid to stand up for North Carolina citizens and fight the federal government when it oversteps its authority.