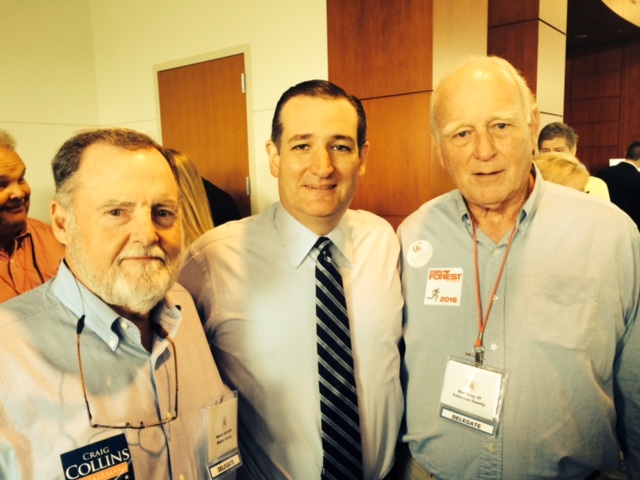 Walter McDuffie attended the Republican State Convention in Raleigh back in the summer and had the opportunity while at the convention to meet several of the folks vying to become the Republican candidate for President of the United States.

McDuffie said he met and spoke with Republican Primary candidates Ted Cruz and Ben Carson while at the convention. He shared his impression of Cruz.

McDuffie said, “I like him. If I voted today, I could possibly vote for him.”

He said he liked Cruz’s conservative stance and feels that Cruz can lead the country in a better direction.

Pictured from left are McDuffie, Cruz and Dial Gray of Whiteville.