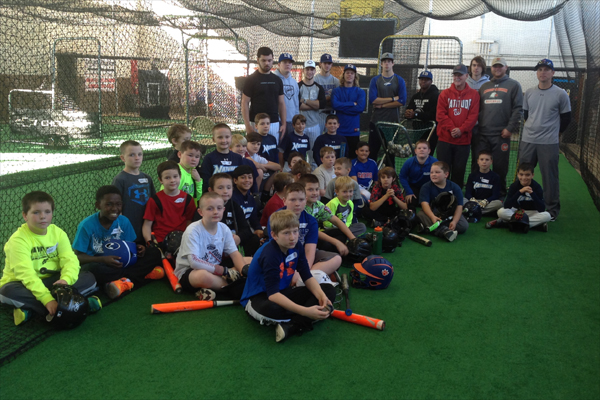 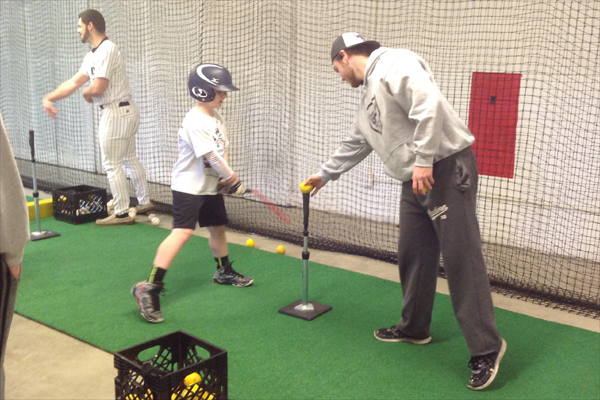 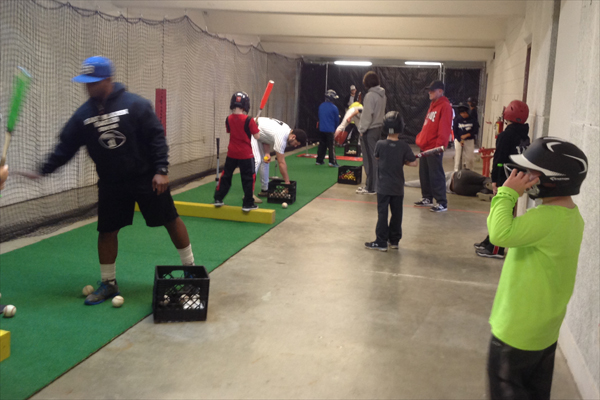 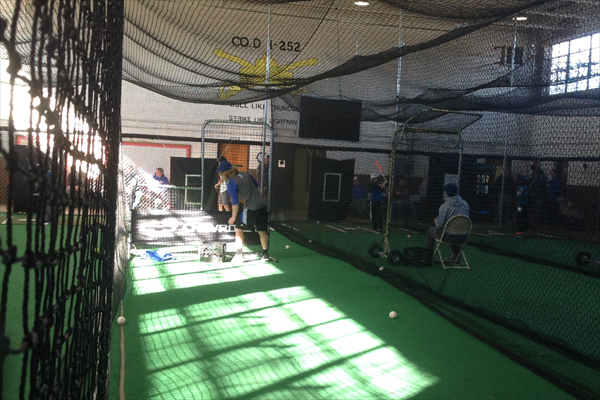 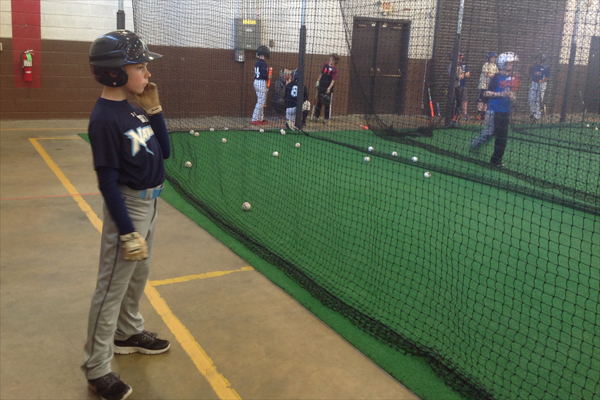 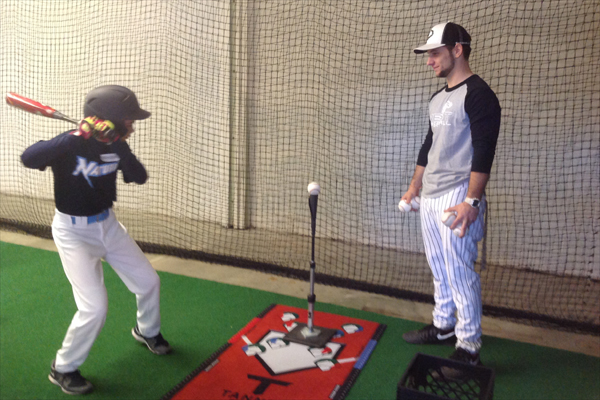 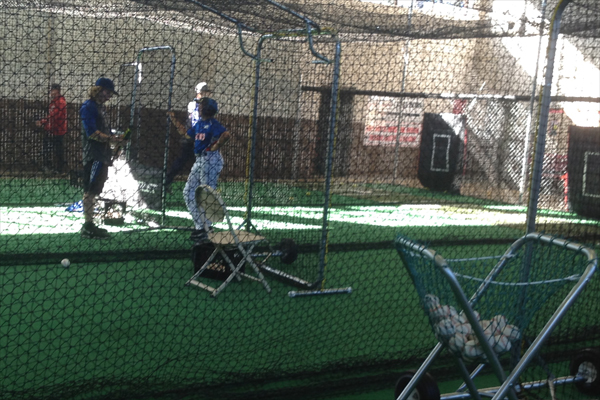 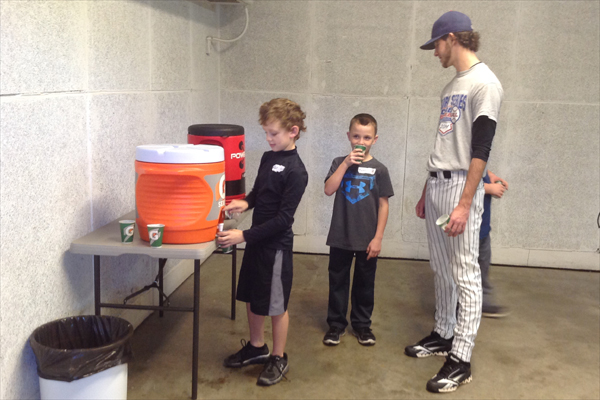 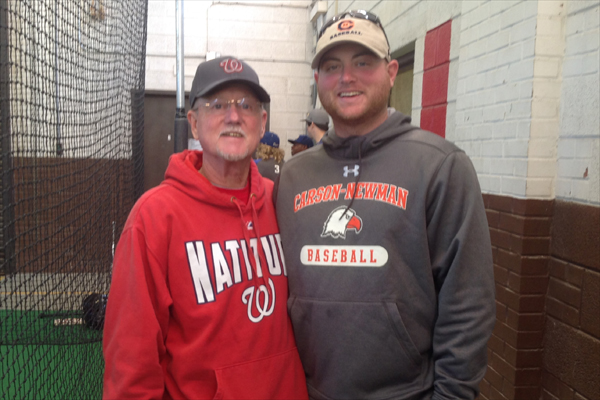 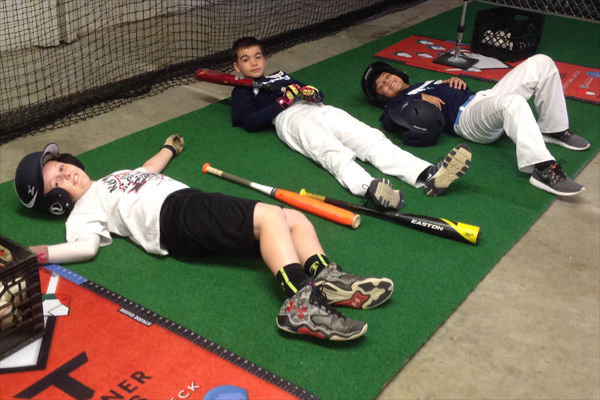 Thirty-one young baseball players between the ages of 9-13 attended the camp that was conducted by the Bladen County Recreation staff along with volunteer high school baseball players from both West Bladen and East Bladen.

The campers worked their way around a number of hitting stations and hit off both live pitching and off the tee. “We are glad to do anything to make kids better,” said Paul Faulk. “The attention span for these kids today has been very good. They have done what we asked them to do.”

“This is a great facility,” continued Faulk. “It is good to have a place to be able to work with kids this time of year when the weather is not good.”

Tripp Faulk told the campers to, “Have fun whether you are practicing or playing and work on your technique and your fundamentals. You also need to study and make good grades. You won’t get anywhere if you don’t have good grades.”

At the end of Saturday’s camp Coach Faulk challenged the campers to, “Learn something every day. When you stop learning you are done, whether it is in life or in baseball. Everyday you need to pick something up that will make you better, so you can get better everyday.”

Recreation Director Grant Pait said there are plans to have a pitching camp in the future.  “We want to bring camps to the county instead of people having to travel, and we want to keep it affordable” he said.

Paul Faulk has been in scouting for 26 years and has worked for the Reds, Braves, Royals, Devil Rays and Nationals. He has also served as a minor league coach with the Yankees and Devil Rays and is currently an Area Scout with the Nationals in charge of high school and college players in North and South Carolina.

A native North Carolinian, Faulk played baseball at Scotland and Hamlet High Schools then Seminole Community College (FL), was drafted by the Chicago Cubs and spent 3 years in the San Francisco Giants organization before an ankle injury derailed his career.

Faulk coached baseball at Garner High School for 8 years and later moved to South Brunswick where his 1988 team won the Class 3A State Championship. He eventually returned home to become head baseball coach at Scotland High. Faulk is a member of the NC Baseball Coaches Hall of Fame.

Tripp Faulk played high school baseball in North Myrtle Beach, SC and was drafted by the Braves. He signed to play college baseball at Wingate and then transferred to Marshall University, WV. Coach Faulk is now serving as Assistant Baseball Coach at Carson-Newman University, TN. He will coach the Wilson Tobs in the 2016 Coastal Plains League. This past summer he spent his second season coaching the Deep River Mud Dogs in the Carolina/Virginia League.