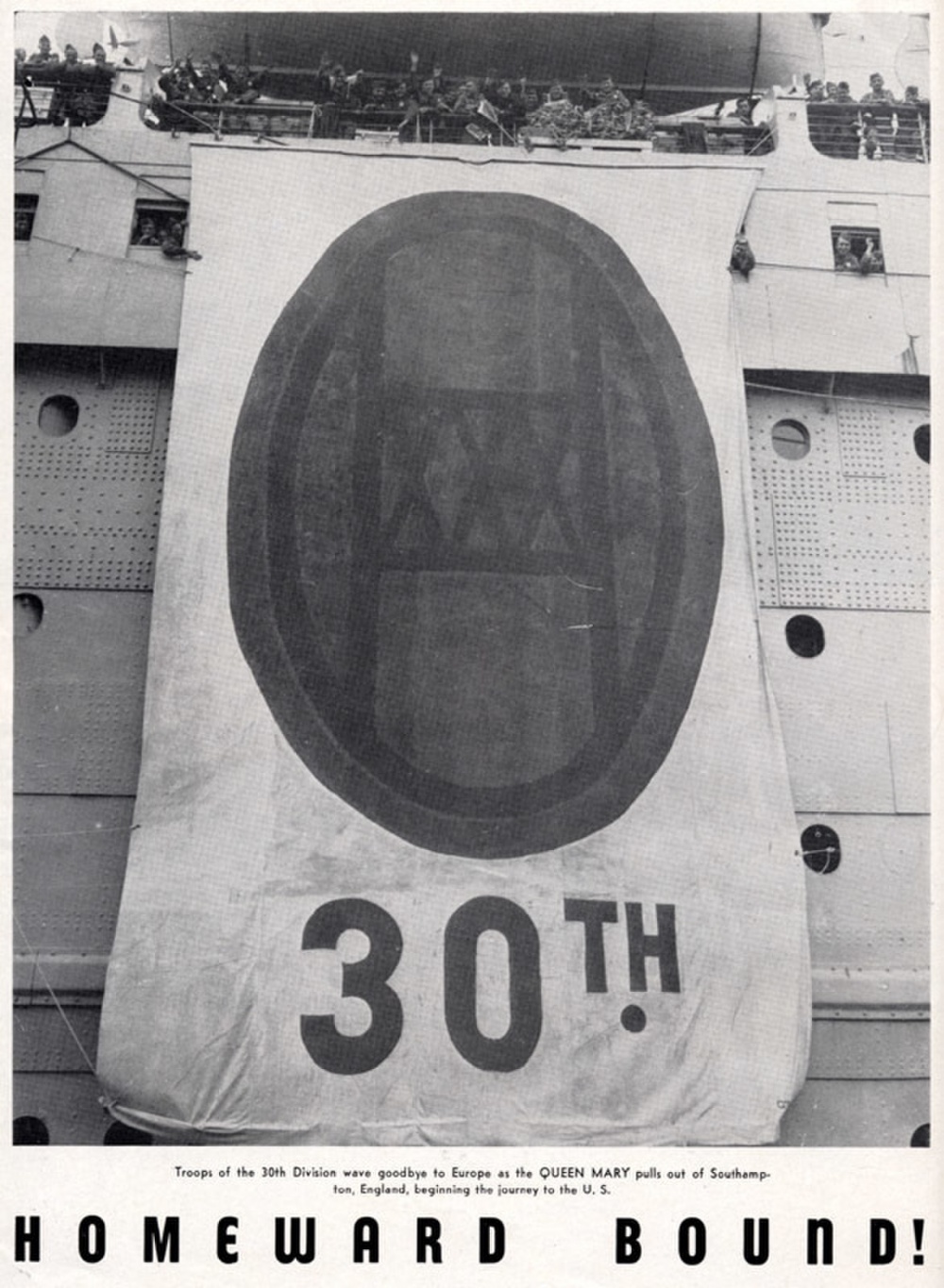 As each day passes, more members of “Old Hickory” pass away; Citizen-Soldiers who served proudly and with distinction during World War II.

Today, the 30th Infantry Division Association, the North Carolina National Guard Association, former 30th veterans from WWII and others have reinvigorated efforts to request the Army re-examine award submission documents requesting the 30th Infantry Division receive the Presidential Unit Citation for its exemplary performance and extraordinary heroism and gallantry in action against the enemy in Europe.

The 30th Infantry Division was officially established and activated on July 18, 1917, as an Army National Guard division drawing units from North Carolina, South Carolina, Georgia, and Tennessee. The 30th was nicknamed “Old Hickory” in honor of President Andrew Jackson, who was born near the borders of North and South Carolina and Tennessee, where the vast majority of its soldiers resided in.

Old Hickory was one of two divisions credited with breaking the Hindenburg Line in the Battle of St. Quentin Canal during World War I.

During WWI, the 30th Infantry Division earned 12 Medals of Honor, more than any other American division.

On September 10, 1940, Executive Order #1 by Governor Clyde Hoey mobilized all elements of the 30th Infantry Division in North Carolina for service in World War II.

Notably, during WWII, the “Old Hickory” twice decisively engaged and defeated the German Army’s elite tank divisions of the 1st and 2nd SS Panzer at Mortain, France, and the 1st SS Panzer Division, specifically Kampfgruppe Piper Battlegroup’s spearhead for the 6th SS Panzer Army, at the Battle of the Bulge. The 30th ID was a key element in the spearhead to break through the Siegfried Line.

Today the lineage and honors of the 30th Infantry Division are proudly carried forward by North Carolina Army National Guard’s 30th Armored Brigade Combat Team, based in Clinton with units headquartered across the state.