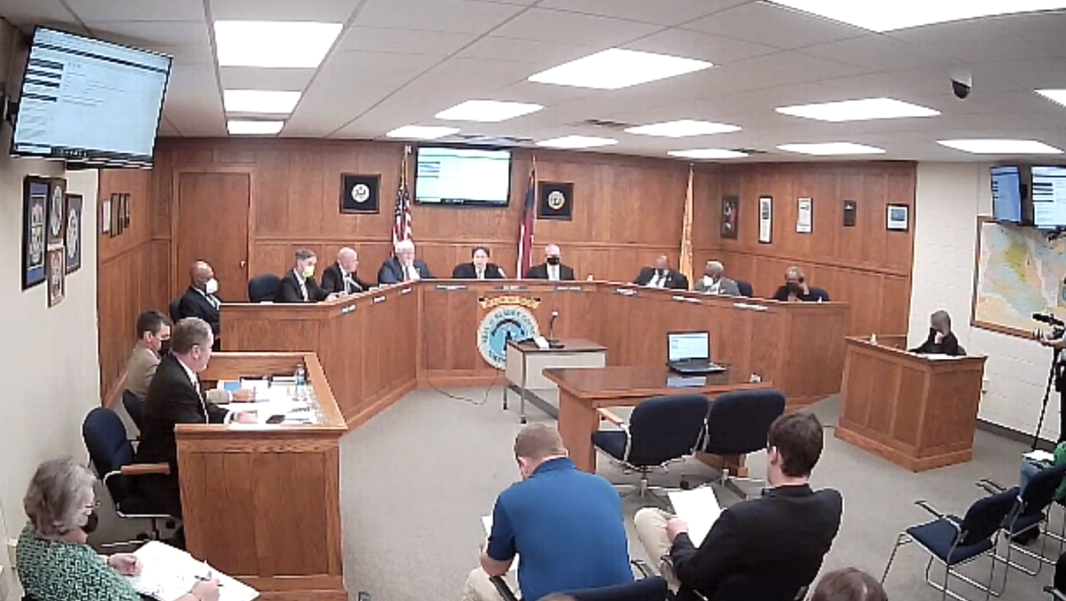 During the regularly scheduled commissioner’s meeting on Monday, December 6, 2021, the Bladen County Board of County Commissioners voted Ray Britt, the board’s new chairman, in a five to four vote. Britt was supported in the vote by immediate past chairman Charles Ray Peterson.

Next, Commissioner Rodney Hester was voted vice-chair of the board with a unanimous vote.

Then the board heard from Bladen County resident John Adams. Adams addressed the board with concerns about proposed legislation making it illegal for firearms to be discharged across a roadway in Bladen County. Adams testified he spoke with three different branches of law enforcement in Bladen County, and all reported there were no issues with hunters firing across the roadways in the county.

Adams stated, “Let’s get the facts. Is this a real problem?”

He said, “If there is no problem, why do we want to impose more laws?” In closing, Adams thanked the commissioners for the Public Hearing and asked them not to vote on the proposed law until further investigation was conducted on the law’s need.

Chairman Britt explained that the law is being suggested only for “safety reasons,” and surrounding counties already have the law in place.

The General Assembly will have to pass the law for the legislation to be in effect.

The commissioners heard an update regarding the Genx and PFAS contamination throughout Bladen County from Michael Scott with the North Carolina Department of Environmental Quality. During the update, partial design plans for a barrier wall and groundwater extraction system were given.

According to the presentation, the barrier wall will be a little over a mile long and an estimated 80 feet in depth. The plan is the wall will keep harmful chemicals near Chemours’ Fayetteville plant in Bladen County away from the Cape Fear River. Dozens of wells along the barrier wall will extract groundwater to help clean up groundwater contamination. Commissioners posed questions. Scott confirmed the project would take years to complete. There are concerns about contaminated water on agricultural and residential properties.

View the presentation on the County of Bladen’s YouTube Channel listed below.

Matters of Commissioners were discussed before the meeting adjourned.

Commissioner Cameron McGill said he had a lot of people bragging on the new Library Director, Sheila Nance, and he wanted to mention the positive comments.

County Manager Greg Martin went over the December and January Calendar of Events. View the calendars below.