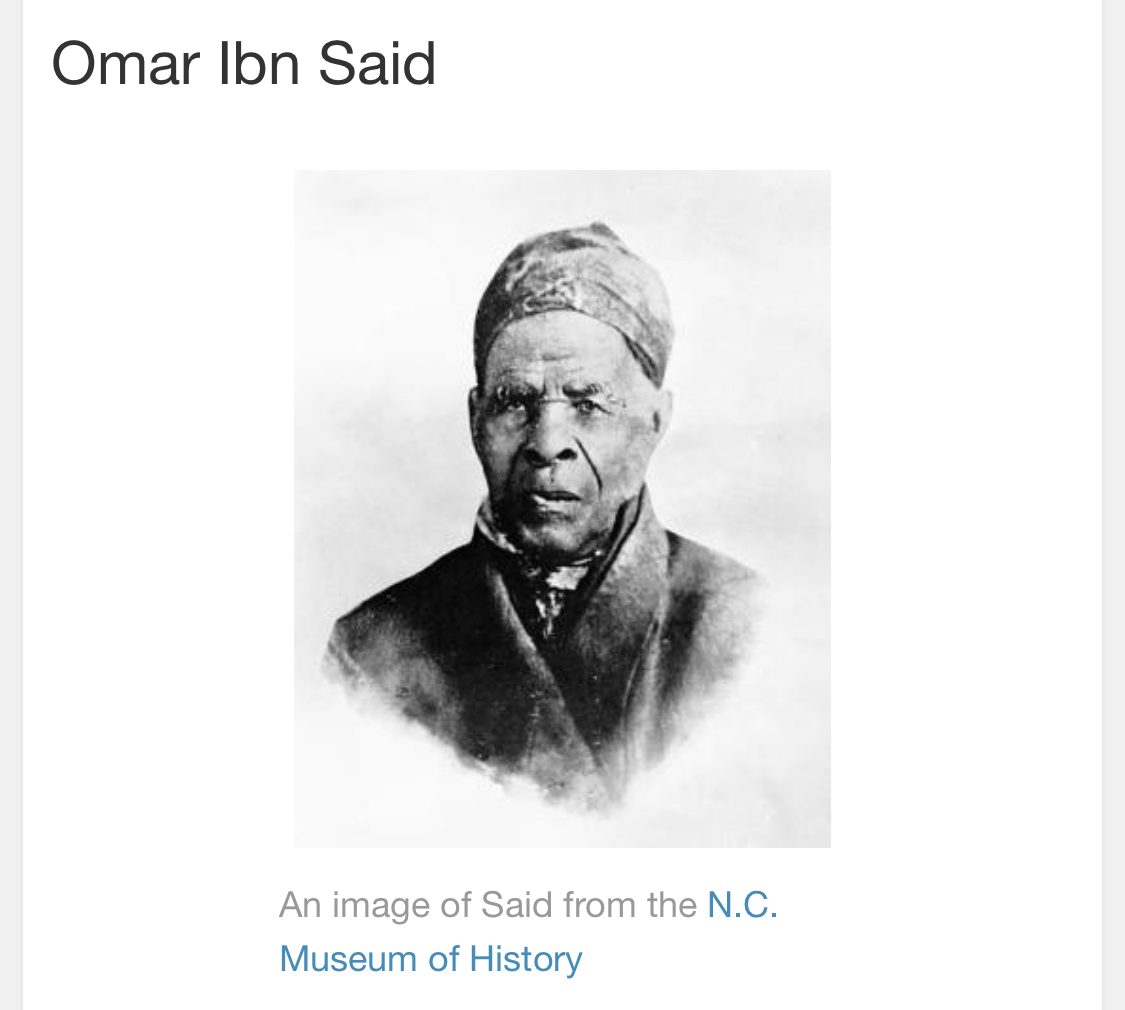 Omar Ibn Said, one of the best documented practicing Muslim slaves in America, lived much of his life in North Carolina. Said is believed to have arrived in Charleston in 1807, shortly before the foreign slave trade was terminated. He fled from his cruel master, running for about a month before arriving in Fayetteville in 1810. There he was jailed and advertised as a fugitive slave. During his imprisonment, Said used coals from the fireplace to write on his cell walls in Arabic.

Said eventually was purchased by James Owen of Bladen County, and lived with some degree of privilege at the Owen plantation. He actively practiced his Islamic faith for many years. Owen procured for him a copy of the Qu’ran in English in order to facilitate his learning the English language. The Owens hoped that Said might convert to Christianity and to that end, Owen procured a Bible in Arabic in 1819.

Best known for the autobiography that he penned in Arabic in 1831, Said’s 15-page manuscript is the only extant autobiography written by an enslaved person in a native language. 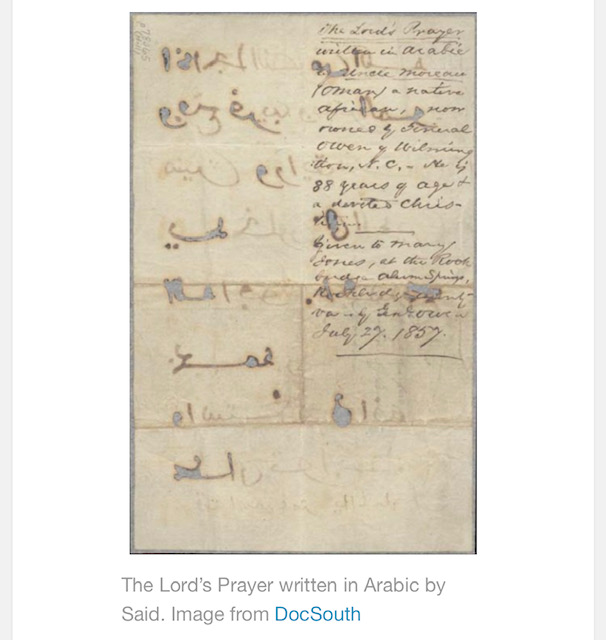