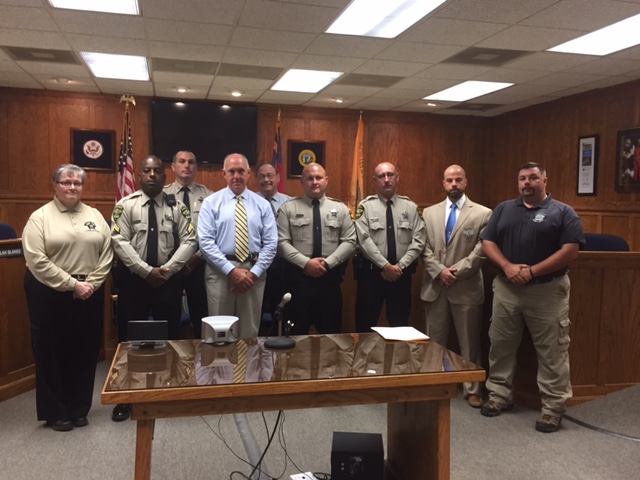 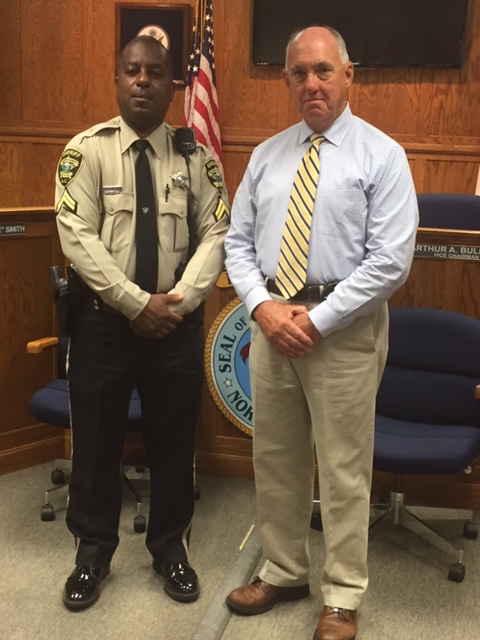 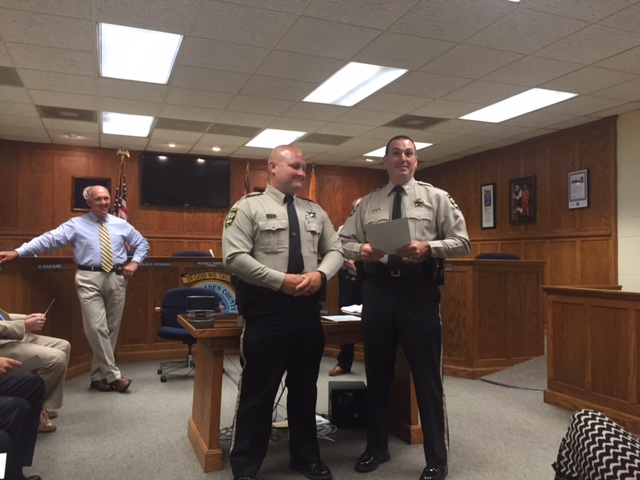 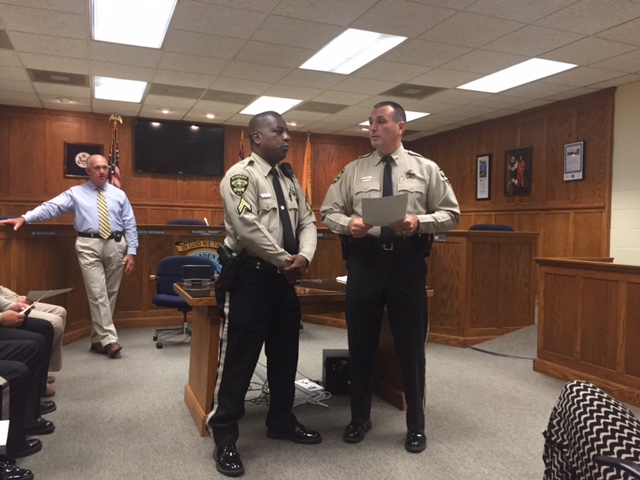 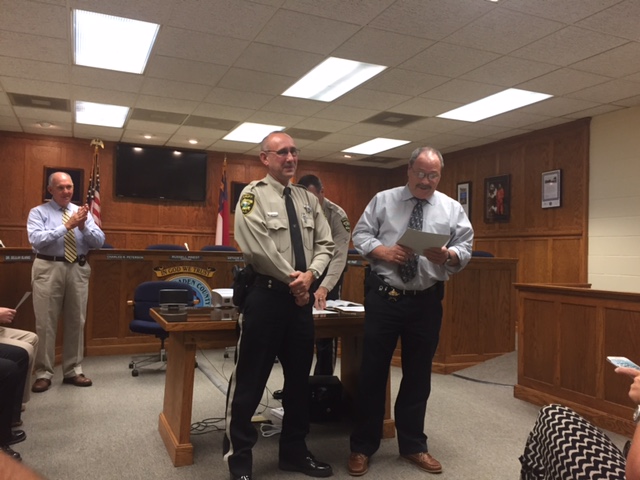 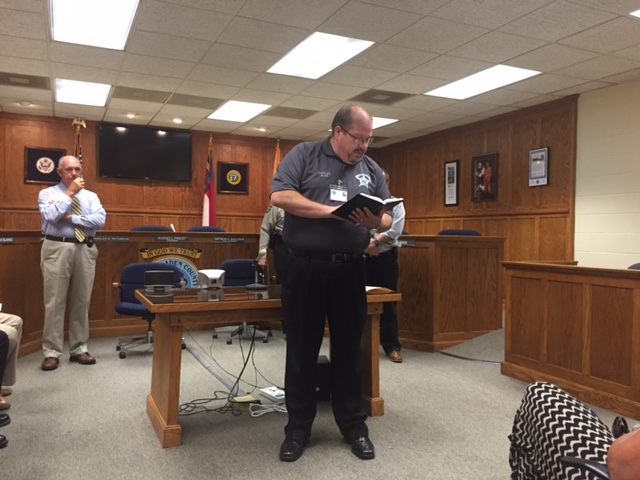 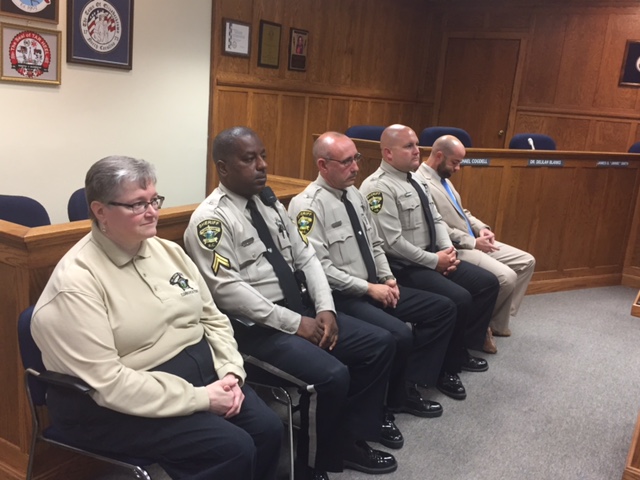 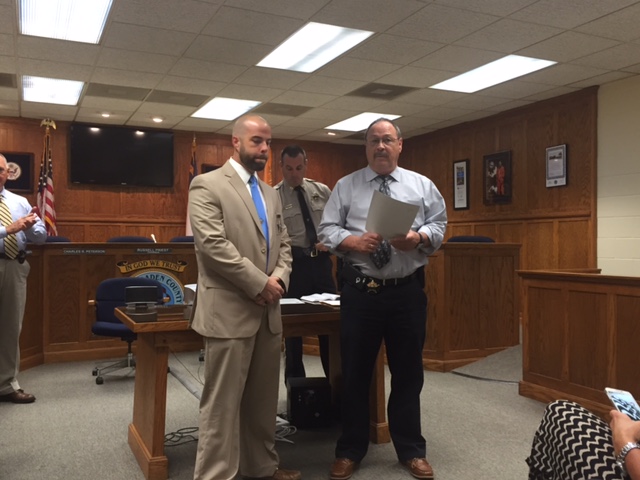 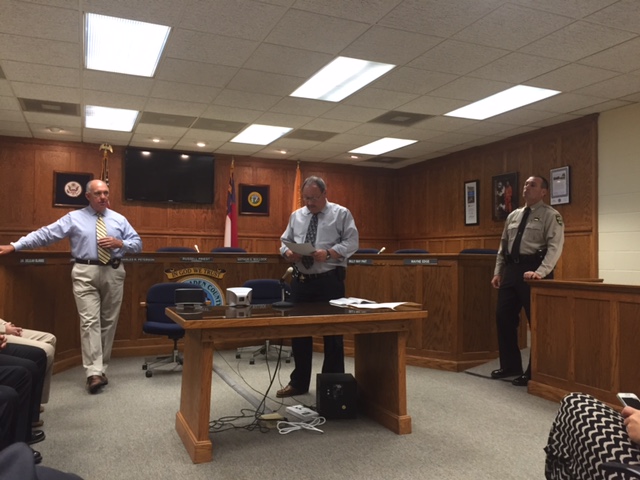 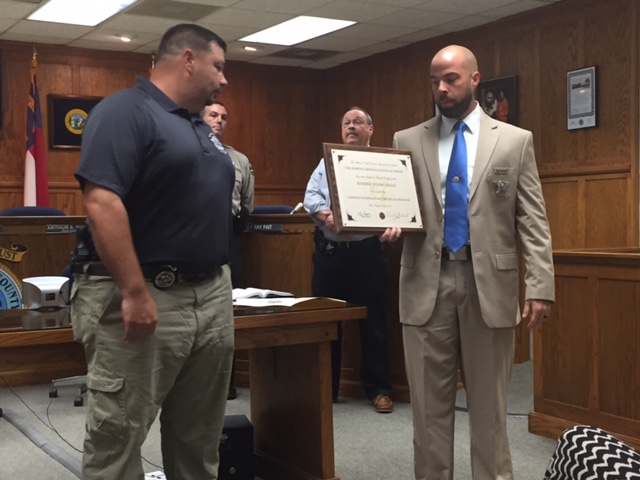 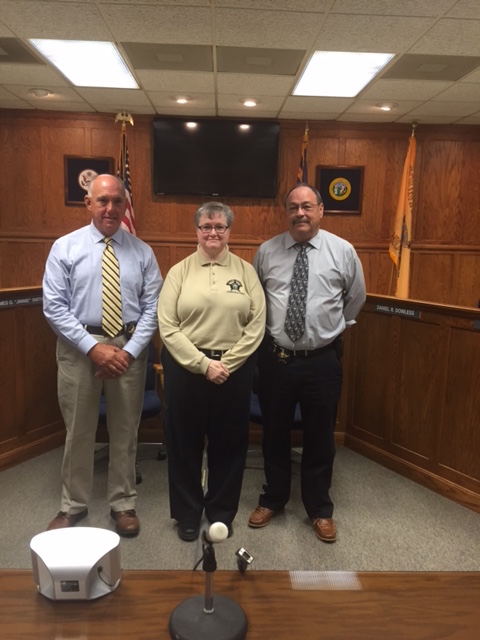 The Bladen County Sheriff’s Office held a promotion ceremony on Friday morning in the County Commissioners Meeting Room in the Bladen County Courthouse. The ceremony was attended by family members of the officers who were being promoted.

Bladen County Sheriff Jim McVicker welcomed everyone to the event and spoke briefly, thanking the families who were in attendance.

Sheriff McVicker asked Bladen County Sheriff’s Office Chaplain D. Lambeth to offer a prayer in honor of the five officers killed in the line of duty in Dallas, Texas.

Those earning promotions were:

*Ms Duncan was promoted to Telecommunication Supervisor. Major Guyton said the 911 Call Center has a high call volume especially “when something is happening in the county.”

*Deputy Dugan has been promoted to the rank of Investigator. Major Guyton said Dugan has earned a Bachelor of Science degree from Kaplan University.

Following the promotion announcements, Major Guyton said, “We are lucky here in this county to have someone who cares about the men and women who work in this office.”

“When things would get bad, I would go to a scripture and read the 27th Psalm,” said Major Guyton.

Chaplain Warren Hill read the 27th Psalm to those present.