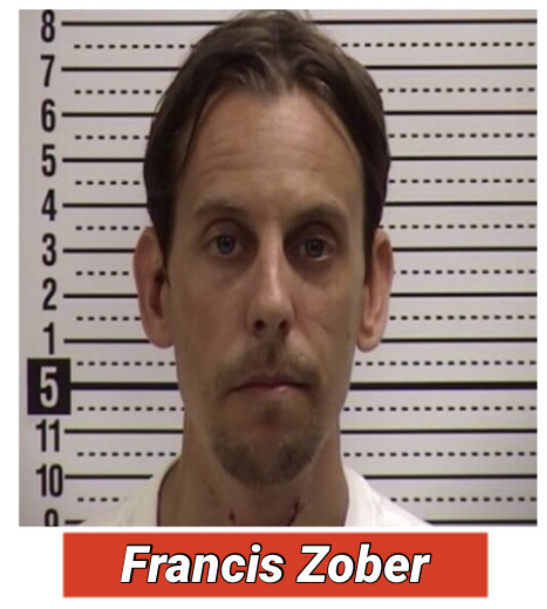 SoutheasternTimes.com: Francis Zober guilty of rape, kidnapping, 12 counts of second-degree exploitation of a minor and more

District Attorney Jon David announced on Monday, August 19, Defendant Francis Zober pled guilty to a number of offenses including attempted first-degree rape, second-degree forcible sex offense, kidnapping, burglary, and 12 counts of second-degree exploitation of a minor. In an open plea agreement (sentencing
in the discretion of the court) Zober was sentenced to an active prison term of a minimum of 247 months and a maximum of 417 months and an additional 152 months suspended at the expiration of Zober’s active prison term.

Several days after his release, Zober broke into the victim’s home, assaulted, restrained, and terrorized her, before fleeing to South Carolina. Lead Detective, Philip Horne testified at the sentencing hearing that Zober was captured in Folly Beach, SC after fleeing a traffic stop and attempting to escape by swimming in the Atlantic Ocean. Folly Beach Police were able to deploy jet-skis to apprehend Zober who was eventually transported back to Brunswick County to await trial. As a result of Zober’s plea, he will be required to register as a sex offender for the remainder of his natural life.