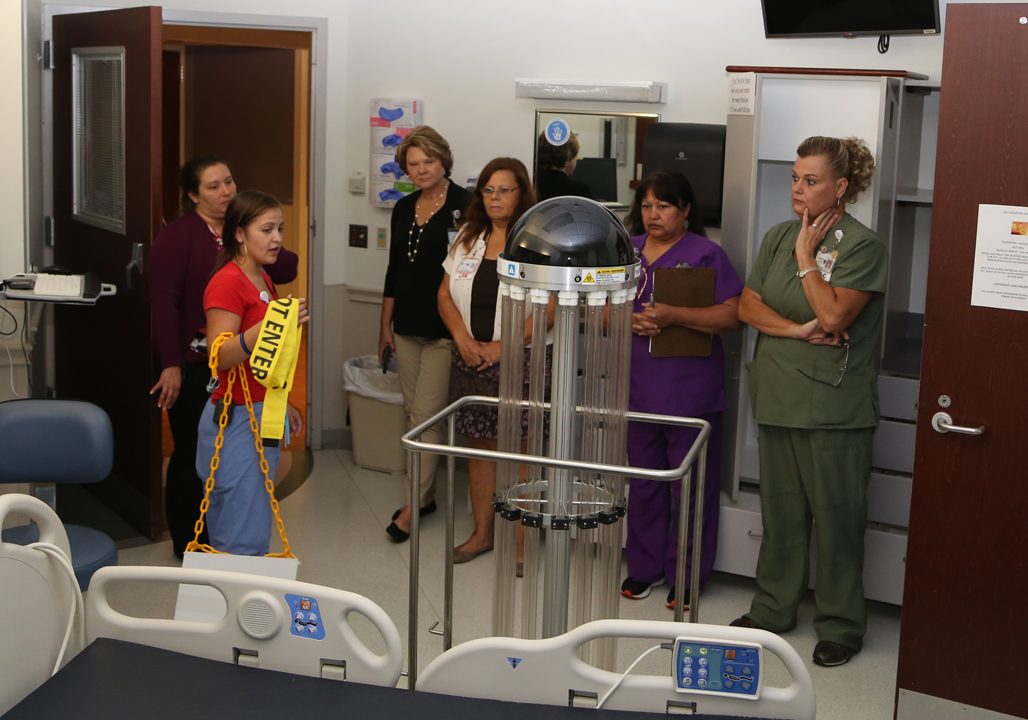 Two new Tru-D robots are now a part of Southeastern Regional Medical Center’s infection control toolkit. The UV light machines are the first of their kind to be used in a hospital in Southeastern North Carolina, according to the manufacturer. After going through a training period with SRMC staff for several weeks, the robots were officially put on the job July 16.

“We will be utilizing them with Infection Control to identify areas where they will be used,” said SeHealth Facility Services Director Joseph Buri. “They will treat patient rooms during the day and treat operating rooms at night. They can be used anywhere we have different types of infectious diseases, like C. diff. (Clostridium difficile). The thought is that it will reduce infection rates by about a third, at least.”

According to a study funded by the Centers for Disease Control and Prevention (CDC), “Benefits of Enhanced Terminal Room-Disinfection,” adding Tru-D to standard cleaning protocols reduced the risk of acquisition of four major superbugs by a cumulative 30 percent among patients admitted to the same room.

The machines use short-wavelength ultraviolet light and a 360-degree sensor to kill microorganisms such as bacteria, viruses and protozoa. During the disinfection cycle, Tru-D’s microprocessors and instrument-grade sensors measure the amount of UVC energy that is reflected back to the robot to destroy pathogens throughout an entire room from one position. It does not replace standard cleaning protocols.

“This is going to help eliminate infections in our facility,” said SeHealth Infection Control Coordinator Sherry Edwards. “Regular cleaning protocols and antimicrobial drugs are good tools, but this is an extra layer of precaution we are adding to our toolkit that is going to help even more.”

Edwards said she researched several different vendors and models before settling on the Tru-D SmartUVC system because of its ability to measure and adjust the UVC dosage it emits as it disinfects each room. 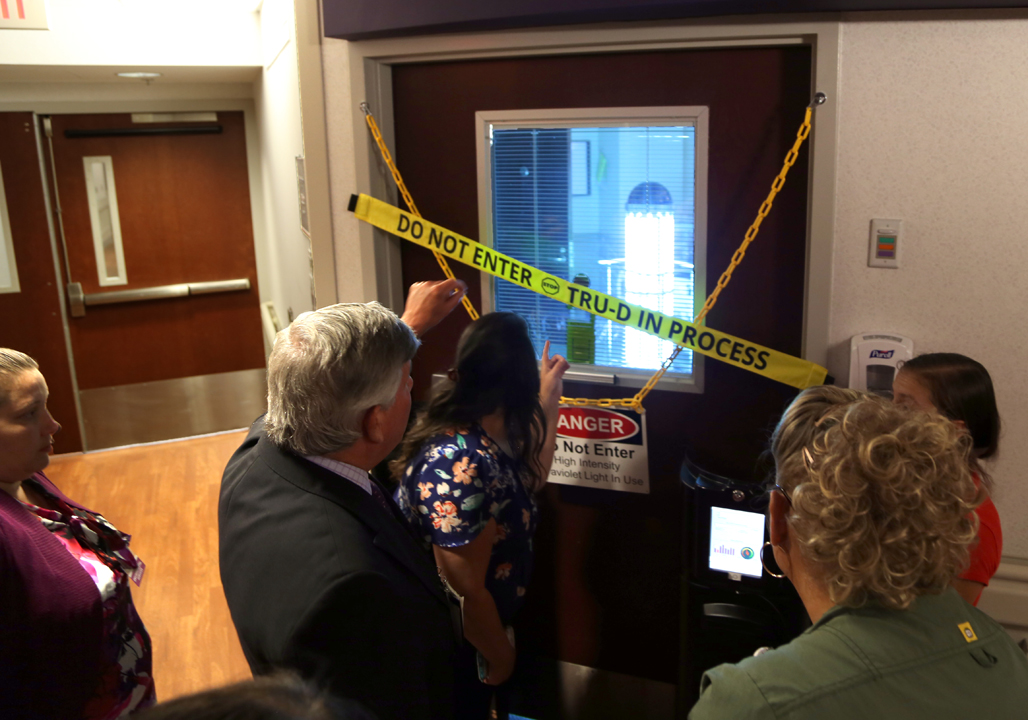 On Tuesday, SRMC Housekeeper Olivia Locklear demonstrated one of the new robots to a group of SeHealth employees in a vacant patient room in the bed tower. She explained how housekeepers can simply open all the drawers and doors in the room to make sure the disinfecting UV light is reflected to every part of the room. Once the room and the robot are arranged, the housekeeper leaves the room and the outer door is closed and marked off, so the machine can safely begin its work. The robot stays in one place while it works, using sensors to monitor its progress. If the door is opened while the robot is still running, the machine powers down immediately.

“I like Tru-D because there are some areas we aren’t able to clean, places we can’t touch, and it gets back in those areas for us,” Locklear said. “It takes a little more time to finish a room when you add this, but it makes it cleaner and safer for patients.”

SeHealth Director of Environmental Services Donna Hadders said her department is very excited to be using the new robots.

“It’s good for our patients,” Hadders said. “That’s what we’re most excited about.”