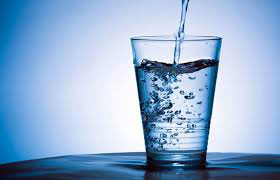 The Benefit: Helps reduce risk of osteoporosis, cancer, heart disease and cavities. Green tea contains a rich concentration of flavonoids and polyphenols, natural antioxidants that may protect cells from carcinogens (cancer-causing substances) and inhibit tumor growth by helping to neutralize free radicals in the body. The tea’s antioxidants may also guard against heart disease by relaxing blood vessels, inhibiting the formation of blood clots that trigger heart attacks and strokes. Green tea also contains fluoride, which strengthens teeth; the flavonoids may build up bones as well, reducing the risk of osteoporosis and tooth decay.
Calories: 0
Mint Tea
The Benefit: Eases cramps and helps ward off indigestion. “Mint is an antispasmodic, so it can relax muscles, which combats stiffness and aches,” says Susan Lark, M.D., author of The Chemistry of Success (Bay Books, 1999). It also aids in digestion by promoting the movement of food through the digestive tract.
Calories: 0
One Percent Reduced-Fat Milk
The Benefit: Curbs cravings and helps protect against osteoporosis. Because it has the components of a healthy meal-carbohydrates, protein and a little fat, you absorb it slowly and stay full longer, says Molly Pelzer, R.D., a nutrition educator in Tipton, Iowa. It also stabilizes blood sugar, so you’re less susceptible to cravings. Milk is the ideal source of calcium, because it contains vitamin D, which is needed for maximum calcium absorption. It may also help your body stop storing fat. In a recent study, women who consumed three to four servings of low-fat dairy foods (milk being one) lost nearly twice as much weight as those who took in lower amounts. ‘The calcium causes your body’s cells to burn the fat instead of holding on to it,” says Pelzer. “This makes it easier to reach and maintain your goal weight.”
Calories: 120 for eight ounces
Soy Milk
The Benefit: Lowers risk of heart disease. Soy milk contains soluble fiber and soy protein, which lowers LDL (bad) cholesterol levels and triglycerides, reducing the risk of cardiovascular disease. If you’re drinking it instead of cow’s milk, buy soy milk fortified with calcium and vitamins A and D. One caveat: Soy contains phytoestrogens, which may be linked to an increased risk of breast cancer. Talk to your doctor about drinking soy milk if you have a family history of the disease or have had it yourself.
Calories: 81 for eight ounces
Hot Chocolate
The Benefit: Improves mood and may help protect against heart disease. Chocolate increases the production of the neurotransmitter serotonin, which is responsible for regulating mood. (Low levels of serotonin have been associated with depression.) Cocoa is also rich in polyphenols, plant-derived antioxidants that may protect cells against oxidative damage that can lower HDL (good) cholesterol levels, possibly putting you at higher risk for a heart attack.
Calories: 195 for eight ounces homemade cocoa; 115 for a powdered mix
Low-Sodium Tomato Juice
The Benefit: May protect against numerous cancers. Processed tomato products are the richest source of the antioxidant lycopene, which has been associated with a reduced risk of lung and stomach cancer, as well as pancreatic, colorectal, esophageal, oral, breast and cervical cancers. Lycopene also appears to protect the lungs and heart against oxidative damage, helping to ward off cardiovascular disease.
Calories: 31 for six ounces
Cranberry Juice
The Benefit: Helps prevent gum disease. Research suggests that the same anti-bacterial properties present in cranberry juice that fight off urinary tract infections may also protect against periodontal disease. Experts theorize that a component of the juice called nondialysable material (NDM) inhibits bacteria from sticking to the gums. Many nutritionists are wary of fruit juices because of their sugar content, so limit your intake to no more than one glass (six to eight ounces) daily. “Make sure the label says 100 percent juice, not ‘juice drink’ or ‘cocktail,'” suggests Heidi Reichenberger, R.D., a spokesperson for the American Dietetic Association. You can find this type of juice in health-food stores and some supermarkets.
Calories: 140 for eight ounces
Orange Juice
The Benefit: May ward off cataracts, cancers and birth defects and boost immunity. An excellent source of vitamin C, orange juice is also a potent antioxidant that may protect against a variety of diseases including cataracts (a clouding of the eye’s lens that can lead to blindness) and lung cancer. Vitamin C may prevent oxidative damage that can cause cells to become cancerous, and it improves immune-cell functioning, enabling your body to fight off infections more efficiently. And it’s a good source of folate, which protects against neural-tube defects in fetuses. To get the extra benefit of bone protection, try some calcium-fortified orange juice.
Calories: 115 for eight ounces