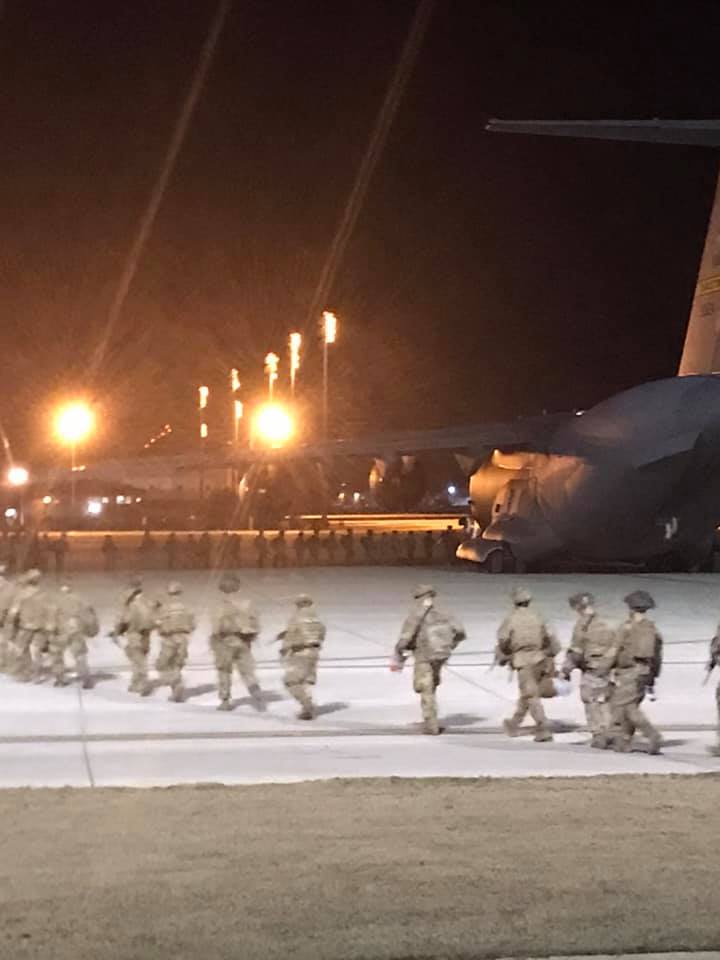 While many were celebrating the new year soldiers from the 82nd Airborne Division at Fort Bragg, North Carolina were deploying to Iraq.

Fort Bragg announced on their social media more than 650 All American Paratroopers and equipment began deployment to the U.S. Central Command area of operations on Wednesday morning.

“The remainder of the 1st Brigade Combat Team, the BCT currently assigned the IRF mission, and elements of the 82nd Airborne Division remain postured and ready to deploy in support of the National Command Authority,” the post continued.

The official site also asked for prayer for the troops and reminded viewers, “This is why we exist. Your Paratroopers have trained and prepared for events like these since their arrival to the All American Division, and they are trained and ready to answer the nation’s call.”

Secretary of Defense Mark Esper also released the following statement, “At the direction of the Commander in Chief President Donald J. Trump, I have authorized the deployment of an infantry battalion from the Immediate Response Force (IRF) of the 82nd Airborne Division to the U.S. Central Command area of operations in response to recent events in Iraq.

Secretary Esper said approximately 750 Soldiers will deploy to the region immediately and additional forces from the IRF are prepared to deploy over the next several days.

He added in his statement, “This deployment is an appropriate and precautionary action taken in response to increased threat levels against U.S. personnel and facilities, such as we witnessed in Baghdad today. The United States will protect our people and interests anywhere they are found around the world.”