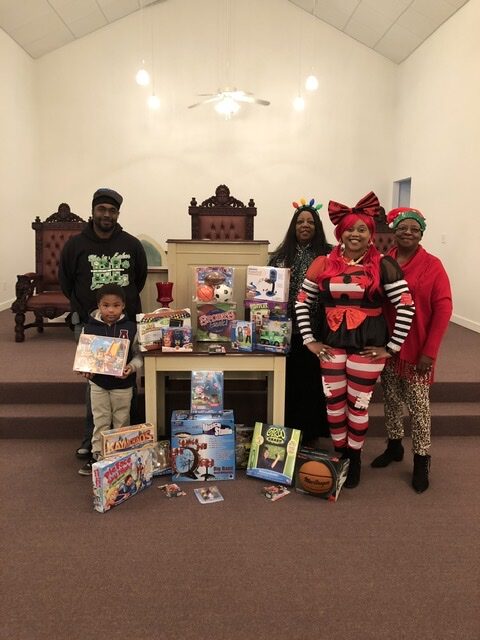 Christmas is known for being “the most wonderful time of the year” however, for many families buying expensive gifts can be challenging. On Friday December 20th 2019, “The Tyrone Lewis Annual Christmas foundation” donated a bundle of toys to a single parent home.

Mrs. McKoy stated, “This foundation was created by a loving family and a unity of churches with the intent to bless a single parent home with a bundle of gifts.”

According to his family, Mr. Tyrone Lewis Sr.; son of the late Elijah D Lewis and Martha Lewis Robert, leaves behind the memory of his giving heart with his beloved sisters Marcella McKoy, Patricia William and other family members.

Mr. Lewis has five children himself and he has always made sure his children were taken care of, according to Mrs. McKoy.

This year’s giveaway went to a single father, Lewis Rodrick Hollis Jr. He received toys for his 6 year old son, Lewis Verdell Hollis. His son, Lewis, was present at the giveaway and received many amazing gifts according to Mrs. McKoy. 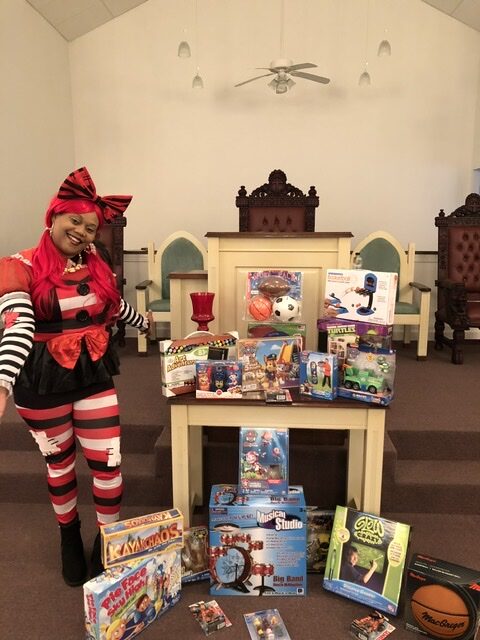 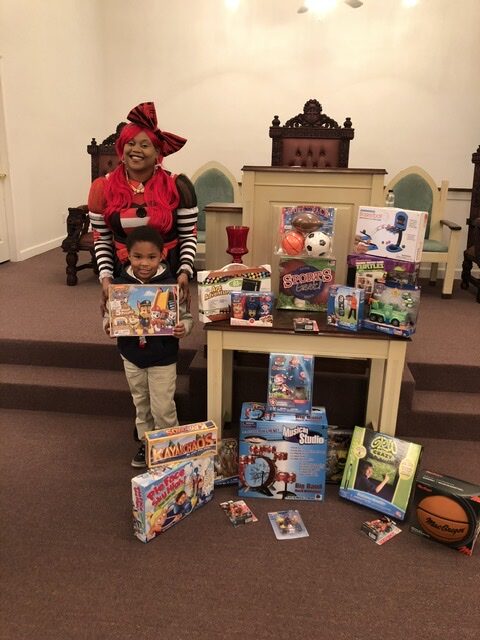 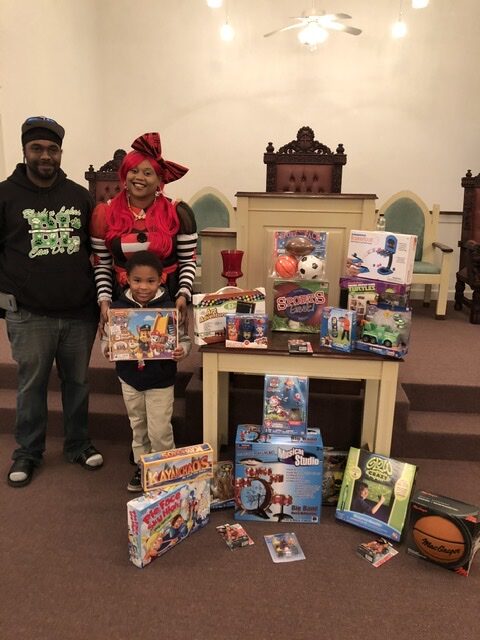 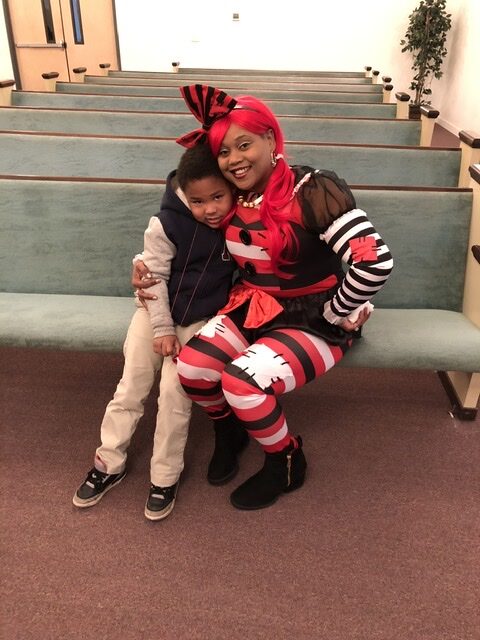 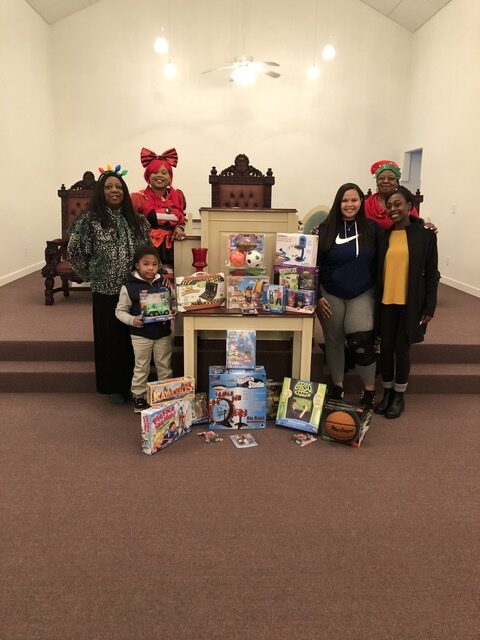 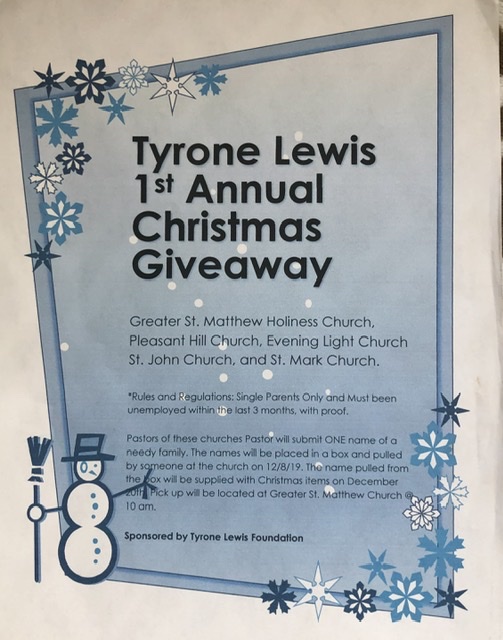 Donations can be made year round by emailing Marcellamckoy@gmail.com. Donations may also be mailed to the church: Greater St. Matthew Holiness Church, 7201 Old Fayetteville Road Garland NC 28441.