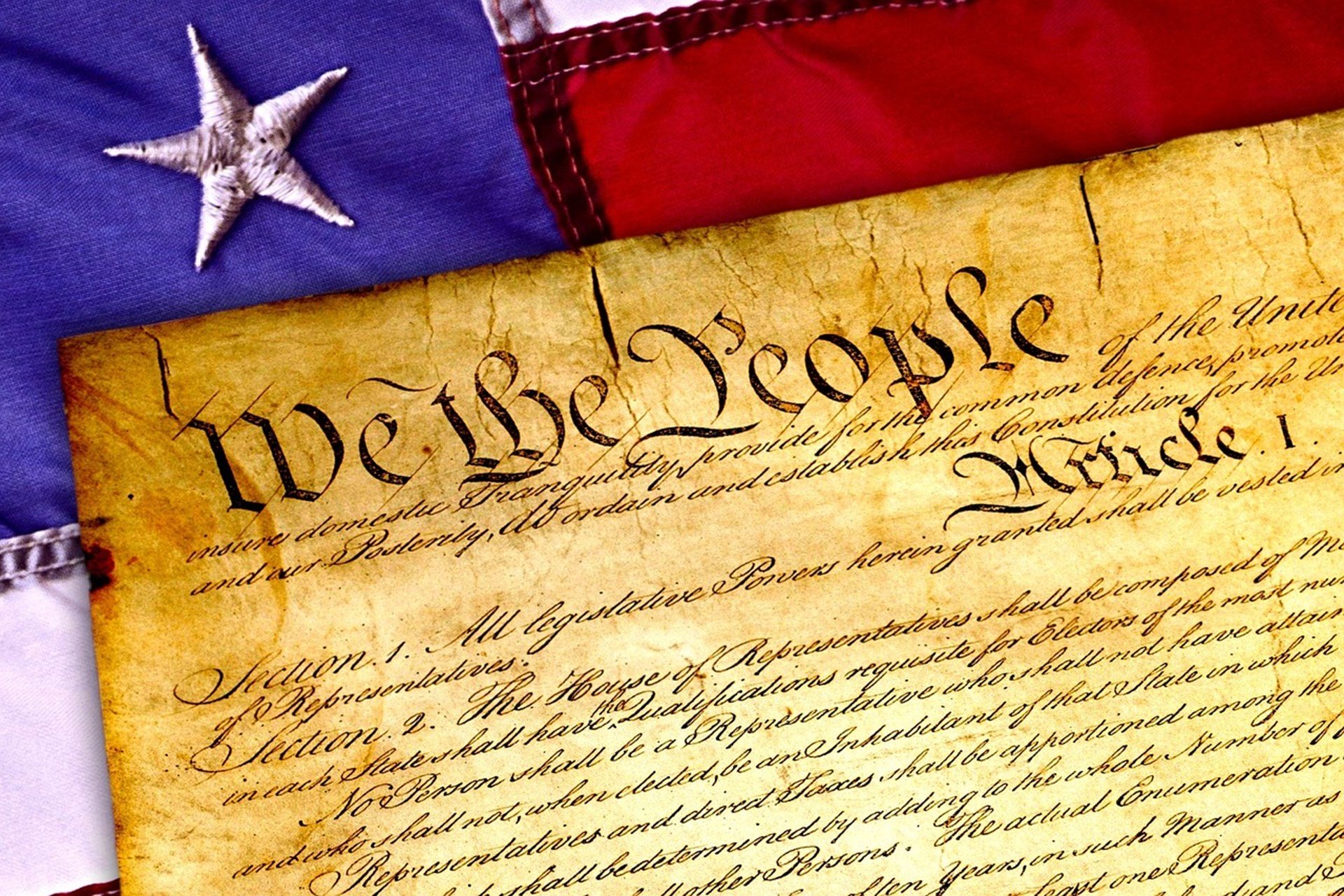 By bladenonline on 01/23/2020
On Thursday, January 16, 2020  Louella Thompson, Chair of Bladen County Board of Elections was sent a letter warning against unconstitutional threats made at the Tuesday, January 14, 2020 board meeting. The letter was sent by Liberty Counsel.
Liberty Counsel is a national nonprofit litigation, education and public policy organization with an emphasis on First Amendment liberties, with offices in Florida, Virginia, and Washington, D.C., according to their letter with hundreds of affiliated attorneys licensed in every state of the nation, including North Carolina.
The letter stated, “We write in response to events that transpired at the Bladen County Board of Elections meeting held Tuesday, January 14, 2020. As reported in the press and witnessed by members of the public in attendance, the Board did not begin proceedings that evening with a recitation of the Pledge of Allegiance. After a member of the Board made a motion to add the Pledge to the Board’s January 14 agenda, the motion was defeated by a margin of 3 to 2. Discussion on excluding the pledge began at the 4:26 mark of the below video.
“The Pledge of Allegiance is a unifying civic activity and is not a religious exercise. See Myers v. Loudon Cty. Pub. Schs., 418 F.3d 395, 406-08 (4th Cir. 2005). Millions of Americans of all colors, races, faiths and creeds have shed their blood for our Nation and are memorialized by the American Flag and the Pledge. Thus, the Board’s closely-divided decision to reject our Nation’s venerable Pledge did not sit well with most of the members of the public in attendance,” the letter stated.
Then the letter went on to explain, “When the Board opened the floor for public comment on any topic of concern, the Board’s controversial action became the subject of public discussion. As shown by video taken of that meeting by Bladen Online, the public’s discussion was orderly and respectful throughout. After being duly recognized to speak by you as Chairwoman, one member of the public added his views and, in the course of his comments, recited the Pledge with an invitation for others in the audience to join him if they were so inclined. Video above, beginning at 16:25, shows that most members of the public present, as well as two members of your own Board, joined him.”
“This peaceful recitation of the Pledge caused no disturbance or breach of the peace and was clearly part of that speaker’s duly granted time to address the Board. The Board then proceeded to its business without incident and completed its agenda. Surprisingly, at the conclusion of Tuesday’s meeting, you threatened at the 42:15 mark in the video linked above to call law enforcement if anyone should recite the Pledge at a future meeting of the Board,” the letter stated.
“As of this morning, January 16, 2020, however, you have apparently stated to local media that you will include the Pledge on the Board’s agenda at future meetings after all. While your prompt reversal on the Pledge of Allegiance is appropriate, the threat you made at the conclusion of Tuesday’s meeting against those who might speak in the future amounted to impermissible content and viewpoint based discrimination in violation of the First Amendment. Contrary to your baseless characterization, there was no “disruption” of the Board’s meeting when the Pledge was recited. There was only constitutionally-protected speech made in the course of advocacy to a governmental board. Indeed, threatening to call law enforcement in response to members of the public engaging in protected speech during public discussion, as you did, creates a constitutionally intolerable chilling effect on the free exchange of ideas that is necessary to the functioning of our republican system of government. Liberty Counsel has made note of this incident, will continue to monitor the situation, and stands ready to defend the First Amendment rights of speakers before the Bladen County Board of Elections. We urge you to respect the rights of speakers, because of the First Amendment, and because it is right; but if for nothing else, than to avoid potential liability for civil rights violations. Conspiracy with law enforcement to violate the civil rights of others can result in liability in your individual, as well as official, capacities,” the letter ended.
Patricia Sheppard, County Board of Elections Member Deborah B. Belle, County Board of Elections Member Emery White, County Board of Elections Member Michael Aycock, County Board of Elections Member Chris Williams, County Board of Elections Director also received a copy of the letter.
Video referenced in the letter may be viewed by clicking the link below.
https://youtu.be/4K-pbmuyEns
Also on Januray 16, 2020, two complaints with the North Carolina State Board of Elections were filed. Bladen County Board of Elections Chair, Louella Thompson and board member Patsy Sheppard were named in the complaints for incompetency.
According to the North Carolina State Board of Election’s website, no hearing date has been scheduled at this time for the complaints filed against the two Bladen County Board of Elections members.
To disclose any unavoidable perceived conflicts of interest, Charlotte Smith is the Bladen County citizen who filed the complaints as well as the owner of BladenOnline.com.
Bladen County Board of Elections Chairperson Thompson did release statements about the Pledge of Allegiance issue to other members of the press, but has not given BladenOnline.com a statement.
Board member Sheppard has made numerous statments about the pledge and the complaints on BladenOnline.com’s Guestbook page.
Other related videos:

Bladen County Elections Debate about pledging to the US Flag