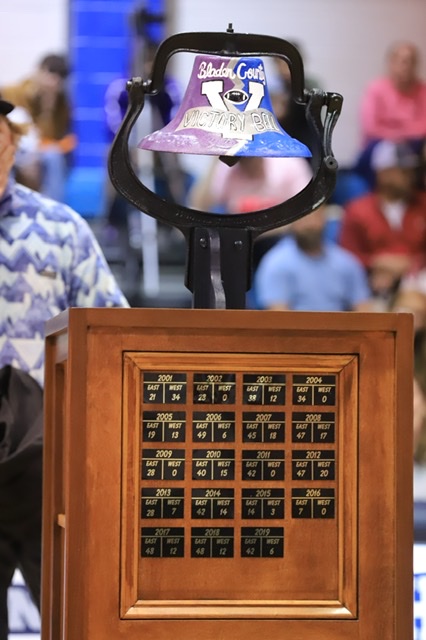 Victory Bell Back in Bladen for Schools Spirit

The Bladen County Victory Bell is back in action. The Battle of the Bell has been a Bladen county football tradition for 18 years according to the local students. East Bladen and West Bladen High Schools would pass a bell, known as the Victory Bell, back and forth each year depending on which school won the East versus West High School Football game.

After some years of the battle bell’s absence the bell came back into play last year. In November, 2019 some East Bladen students saw the Victory Bell at West Bladen and asked a staff member at West Bladen for the bell back, since last year East Bladen won the football game. When East Bladen school officials saw the coveted bell back at East Bladen, it was quickly taken away and stored in the maintenance office.

Yesterday the schools unveiled the refurbished battle bell featuring both East and West Bladen Schools’ colors. The traditions will carry on. 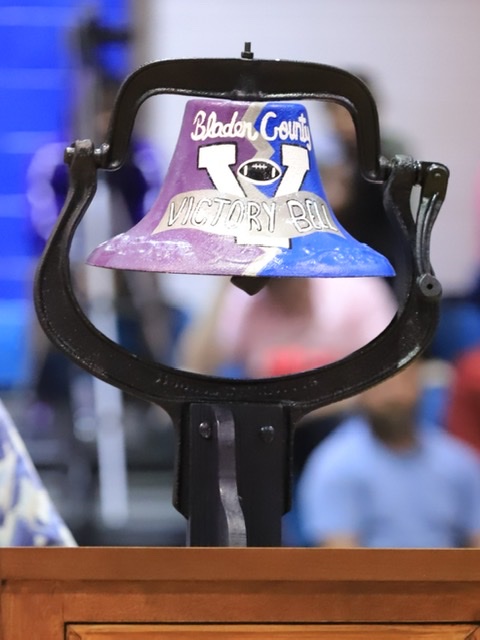