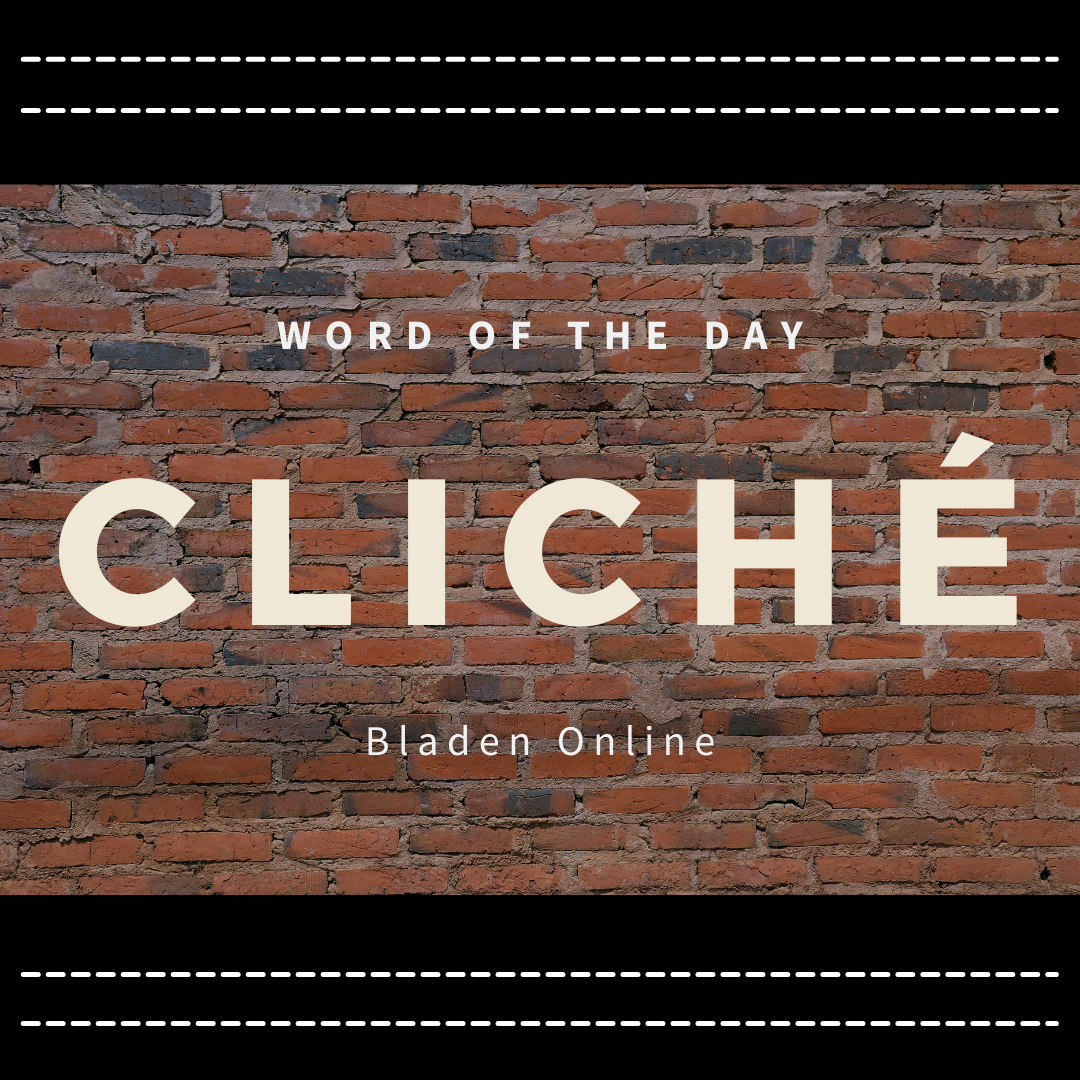 Word of the Day: Cliché

Many people have heard of the “happily ever after” stories. It is also well known in horror movies to lose cellular service or have indestructible cars in action movies. These typical scenes, phrases, or ideas are called cliches.

The term cliché is of French origin. The word, as such, refers to a stereotype.

A cliché is a phrase, scene, act, or idea that is generally used within cinematographic contexts. It can be in a movie, a novel, a television series, and even in comics. Clichés have been tied to stories since time immemorial. It is always a challenge for film directors and writers to venture into composing something eye-catching and innovative. Therefore, the use of expressions that were initially novel has become widespread. For some, clichés are considered negative. By using too many familiar phrases, no innovation draws people’s attention to the story.

In themselves, clichés are characterized by being widely used and repeated expressions. It is for such that they lose their novelty, and the reason is used in something “ordinary.”

On the other hand, on multiple occasions, writers use clichés on purpose. Not with the intention of boring readers but to introduce and contextualize them to the story. In other words, they seek to familiarize the reader with some aspects of the story through familiar phrases. Moreover, without the help of some clichés, it would be more challenging to understand some representations or symbols within the stories.

But the clichés are not only in the movies. We can also find them in people and even ourselves. A person whose behavior is predictable or superficial may be considered an example of a cliché.

In some aspects of our routine, we encounter daily clichés. For example, within the romantic context, have we ever heard through a relative or friend the phrase “It’s not you, it’s me.”? On the other hand, the motivational saying “Tomorrow is another day” is common and expected. Clichés are also present in universal phrases such as “Love is blind” or “Although the monkey dresses in silk, it is still a monkey”

The cliché is a typical, regular, and very popular use of specific phrases or acts. These are some of the most popular terms and shows:

To identify a cliché, it is necessary to know the phrases used in excess. Either by watching a lot of movies, reading a lot of books, or studying.

Generally speaking, a cliché is a phrase, act, or expression repeatedly reproduced to the point of losing originality. Sometimes it also frustrates viewers. However, sayings like “no brainer” have the purposeful function of contextualizing. Some people consider that the best use of clichés should be thoughtful and moderate.