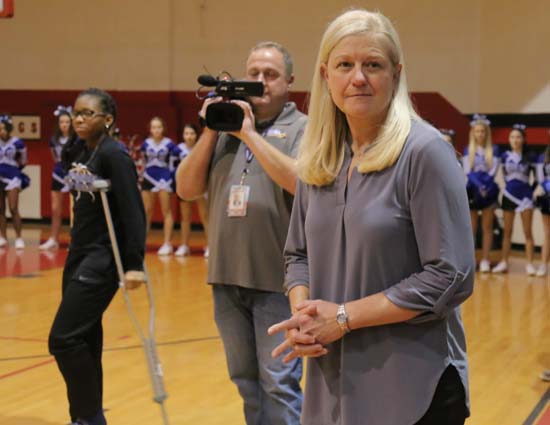 The Lady Eagles were edged in the second round of the NCHSAA Class 2A State Play-offs 67-66 by High Point Andrews and finished the season with a 27-2 record. In late January the Lady Eagles presented Coach Evers with her 500th career coaching win. READ MORE

Coach Brian McCleney’s West Bladen Lady Knights finished fourth in the TRC with a 15-11 record and received a Class 2A Play-off berth.