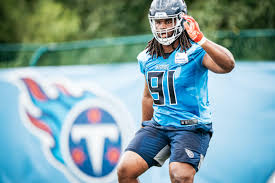 MINNEAPOLIS, MN – Stephen Gostkowski nailed a 55-yard field goal with 1:44 left to play that lifted the Tennessee Titans to a 31-30 National Football League victory over the Minnesota Vikings. It was the third consecutive week that Gostkowski has kicked a game-winning field goal for the Titans.

Elizabethtown native Larrell Murchison came off the bench and played in his second NFL game on the defensive line for the Titans. Tennessee, now 3-0, will host Pittsburgh Sunday at 1 p.m.