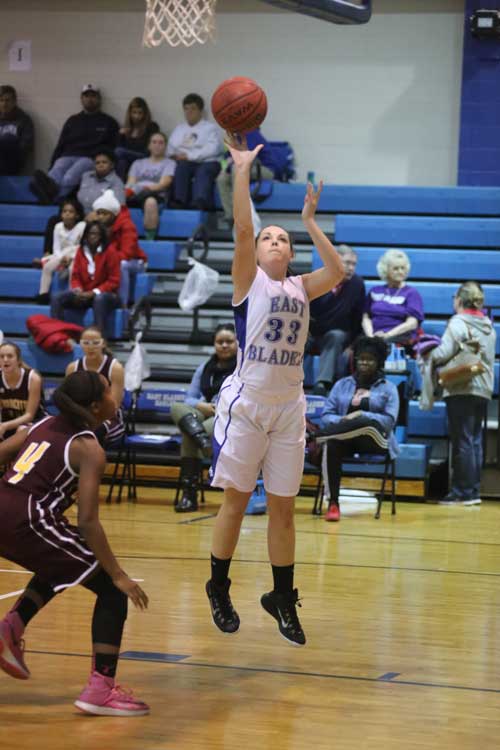 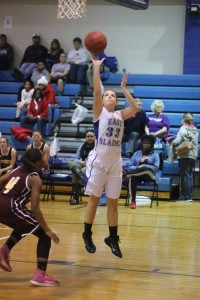 East Bladen’s Abbey Norris will be honored for her selection as a finalist for the Pro Football Hall of Fame US Army Award of Excellence Wednesday, April 29 at 9:45 a.m. in the school’s main gym.

Abbey was selected as one of 20 finalists from the nation’s top scholars, athletes, and community involved students. A representative of the Pro Football Hall of Fame, along with Hall of Famer Joe DeLamielleure, and the entire East Bladen student body will celebrate Abbey’s accomplishments on this day.

Norris was an All-Four County Conference selection for softball, basketball and softball.

Scholastically, Abbey has had the top Grade Point Average in her class for all 4 years of high school.

Recently, Norris was selected as the recipient of the North Carolina High School Athletic Association’s 2015 Clary Medal Award for an outstanding female student-athlete which includes a $2,000 scholarship to further her education. Abbey plans to attend the University of North Carolina at Chapel Hill in the fall.

Delamielleure who will be the NFL Hall of Fame representative for Abbey’s Award of Excellence presentation ceremony Wednesday was a member of the famed “Electric Company,” the Buffalo Bills offensive line that paved the way for O. J. Simpson to rush for 2,003 yards in 1973 which is still a record for a 14-game NFL schedule.

An offensive guard, Delamiellure was chosen for the Pro Bowl six times during his 13-year NFL career, was named First Team All-Pro six times and was All-Pro Second Team Twice. Delamiellure was selected to the 1970’s All-Decade team. In 1977 he received the Forrest Gregg Award as the NFL’s Top Offensive Lineman.

Norris and the other finalists from all over the country will be honored in Canton, OH during the 2015 Pro Football Hall of Fame Enshrinement weekend. The 2015 Award of Excellence winner will be announced during at special luncheon in the Hall of Fame’s Events Center on Saturday, Aug. 8.

The finalists will also attend the NFL Hall of Fame Game on Sunday, Aug. 9 between the Minnesota Vikings and the Pittsburgh Steelers.