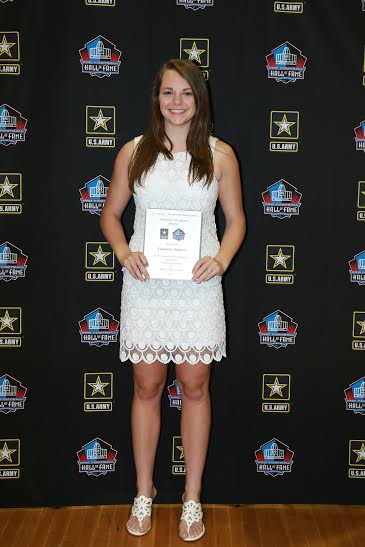 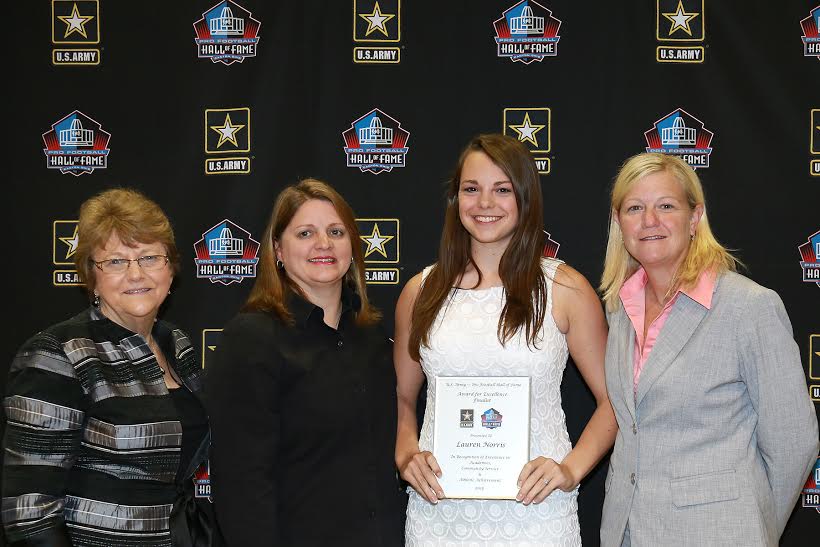 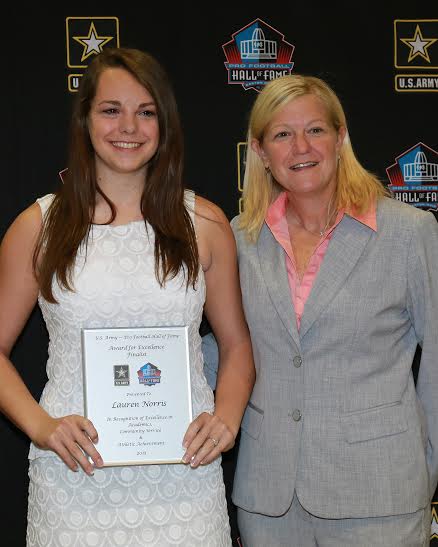 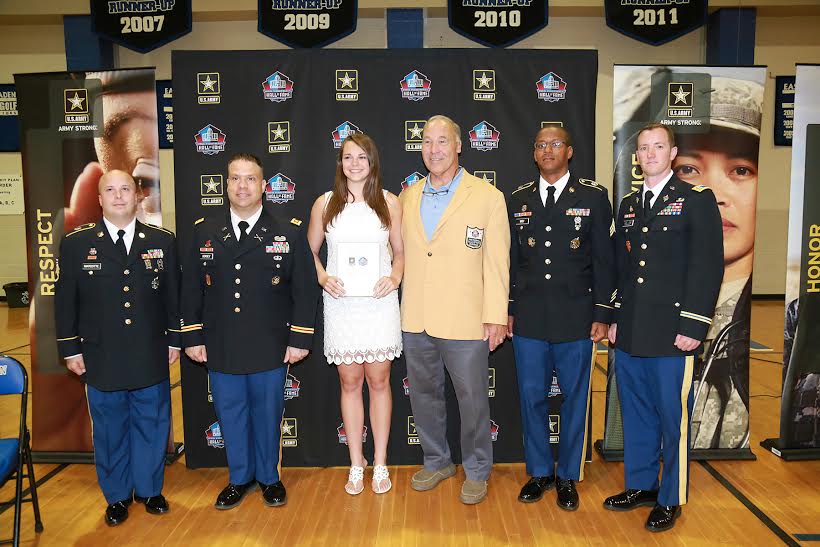 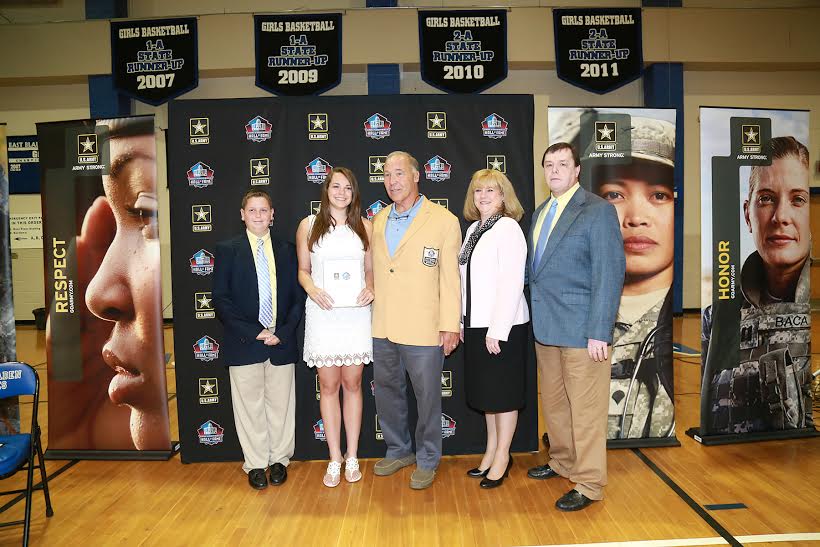 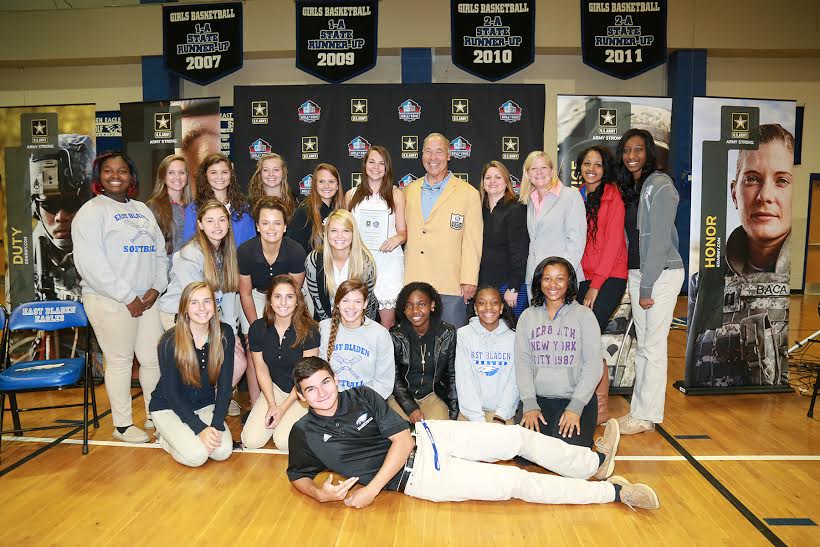 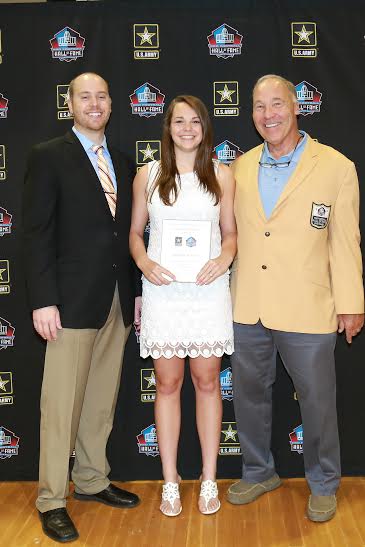 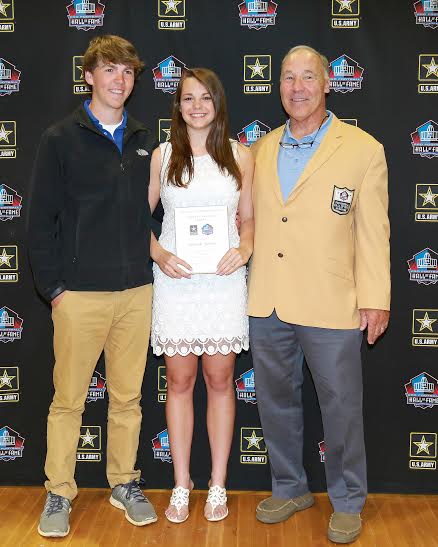 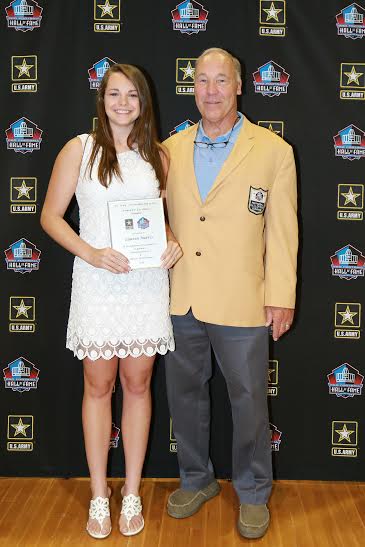 East Bladen High School and the Bladen County community were beaming with pride Wednesday for senior, Abby Norris, who was awarded the Spirt of Excellence Award by the U.S. Army and Pro Football Hall of Fame. Abby is one of only 20 finalists nationwide for the Pro Football Hall of Fame/U.S. Army of Excellence Award. Norris was nominated by Coach Patty Evers and other teachers, due to her many accomplishments during her time at East Bladen High School.

Sgt. David Irby, with the U.S. Army , said, “Anyone can celebrate being the best athletic leader, but with the US Army and the Pro NFL Hall of Fame together, we want to celebrate those who strive for not just to be great athletes, but outstanding people. By celebrating not only physical power, but athletic and academic achievement, and civic mindedness, we are celebrating not only the student athlete but the whole community.” Irby then presented East Bladen High School and the Principal, John McMillian with a plaque in recognition of creating an environment in which students can thrive.

NFL Hall of Famer, Joe DeLamielleure, who was an offensive lineman for the Buffalo Bills in the 70s, presented Norris with the finalist award. He said, “To acquire excellence it takes a variety of skills, dedication, team work, leadership and versatility.” After describing these attributes seen in Norris he presented her with the award.

Norris thanked everyone in attendance and everyone who has supported her through the years. She ended by saying “To be surrounded by greatest is truly an honor. I’m humbled by this award and I proudly accept it on behalf of all of East Bladen.”

Norris’ father, Eddie, mother, Stephanie, and brother, Nick, were all in attendance in support of her great achievement.  Stephanie said, “She has always been studious, and has always loved Math and Science. We are very proud of her.”   Eddie, added, “Abby has always been a hard worker and a self-starter. All you have to do is point her in the right direction.”

The 2015 Award of Excellence winner will be selected during the Enshrinement Weekend at the NFL Hall of Fame in Canton, Ohio on Saturday, August 8. Norris, will be flying for the first time with her mother to Ohio for the Award of Excellence ceremony events.