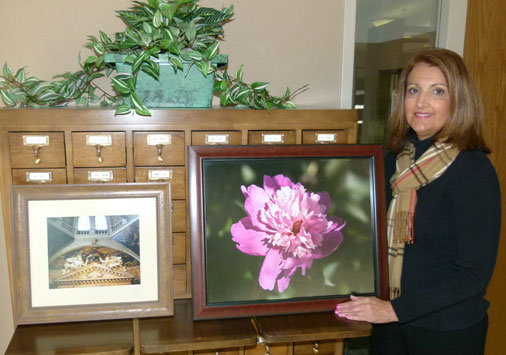 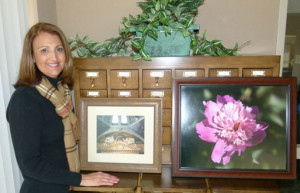 The two works are entitled “Cathedral Santa Maria del Fiore,” a photo she took while on a trip to Italy in 2011, and “Blush,” a close-up photo of a flower she took at the Hudson Gardens in Denver, Colorado, in 2013. She says flowers are among her favorite subjects to photograph.

An avid photographer, Ms. Vitale did not become seriously interested in photography until a few years ago. She became more deeply interested as she “learned the ropes.” In 2010, she decided she wanted to become a professional photographer and took a series of photography classes to master new skills. Though she still takes numerous photos as a hobbyist, she currently operates a photography studio in her spare time. She has become quite well known around the area for the variety of her works.
She is a staff member in the Bladen Community College Library. She is also the photographer for the Bladen Community College Foundation.