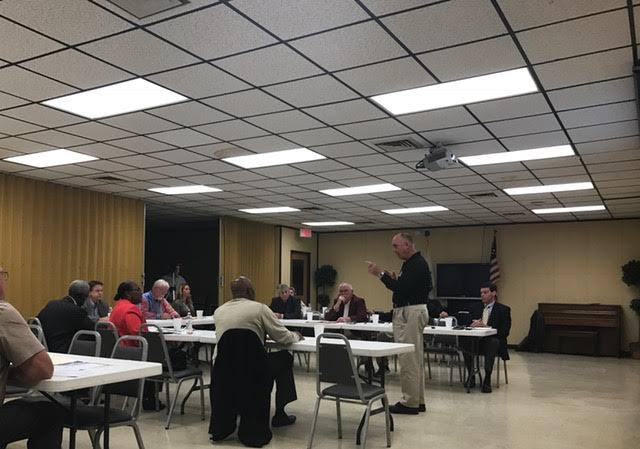 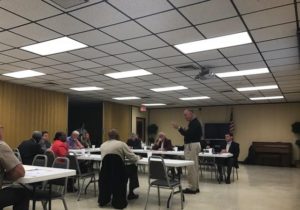 The Bladen County Board of Commissioners have been in meetings discussing the SWOT (Strengths, Weaknesses, Opportunities, and Threats) analyzes for the mother county. Monday, February 13th the board of commissioners met again to discuss the Sheriff’s Office, hear an update on the proposed Phase IV Water Expansion Project, and discuss Health, Mental Health and Education.

First on the list was the Sheriff’s Office. Chairman of the Board of Commissioners asked who wrote the weakness Cameras are now in the vehicles of the Sheriff’s Department according to Sheriff Jim McVicker.

Sgt. Gary Turlington, Safety Officer with the Sheriff’s Department has been going into the schools of Bladen County and accessing the needs and will be making recommendations McVicker explained to the commissioners.

McVicker also reported starting a program in the schools by the name of Single 92. “I think we have a lot less problems because since we started the program,” McVicker said.

Bullock asked if the Sheriff had goal requirements for hiring minorities. McVicker said, “No, I do not.”

“I do not look at race. I look for qualified individuals who can do the job,” McVicker said.

Commissioner David Gooden asked the Sheriff if there was someone in the department to translate. McVicker explained his department did have an intern by the name of Jesus they call in to assist with translating.  The intern is not old enough yet to be in law enforcement. However, the Sheriff’s office does utilize Jesus for his bi-lingual services. 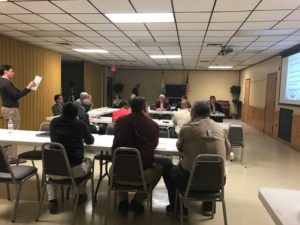 The commissioners heard about the Phase IV Water Expansion Project after talking with McVicker. The Phase IV has been discussed with the board of commissioners over the past two years. Replacing water meters, a new production well on the west side, and system hydraulic improvements, sufficient participation are items that were discussed.

Preliminary cost estimate for the water project is as follows:

After the discussion was made about the water system, the last items on the agenda were discussed before going into closed session.

Graduation rate, staffing needs, funds, lack of education, and low test scores were all listed as weaknesses for the education system for Bladen County. The only strength in education for Bladen County that was listed according to Peterson was Bladen Community College.

The commissioners will be meeting with professionals in the county to work on toward goals of their SWOT analyzes according to Peterson.

Expansion of Highway 87 was discussed at the meeting. The commissioners did agree to write their legislators to request the elected officals to reinstate the funds and the project to expand Highway 87 in Bladen County.