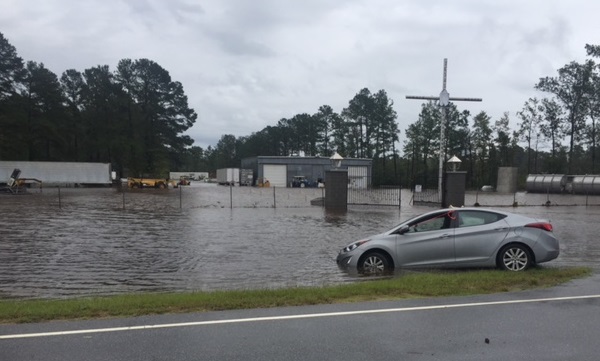 The National Hurricane Center in Coral Gables, Florida is estimating the Bladen County has received more than three feet of rain since Thursday. As of 2 p.m. Sunday, September 16, 2018, the doppler radar has measured 29.05 inches of rainfall in Elizabethtown. 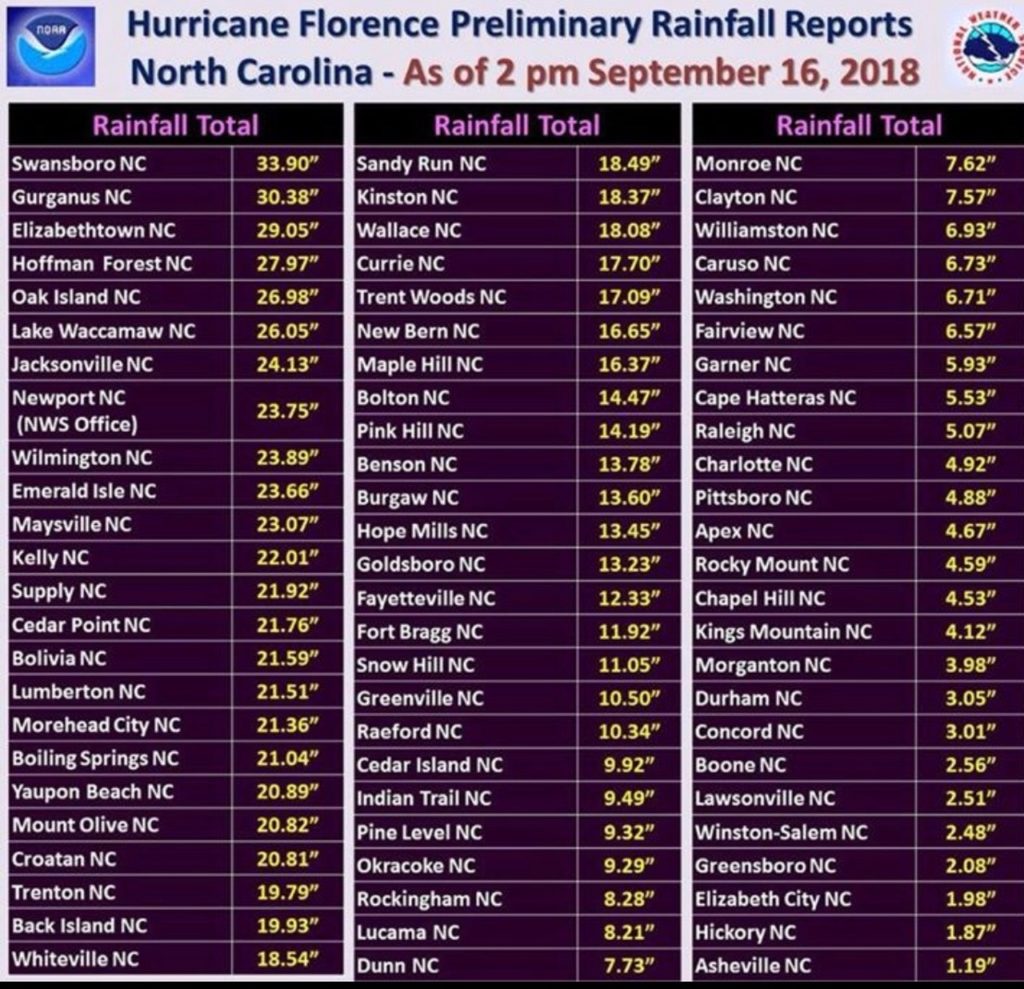 The Cape Fear River is forecast to crest at major flood stage on Tuesday. Mandatory evacuations have been order for those who reside along the river in Kelly and Rowan and residents who live along the river and Burney Road, River Road and Tar Heel Ferry Roads.

Bladen County remains under a curfew from 8 p.m. until 7 a.m daily.