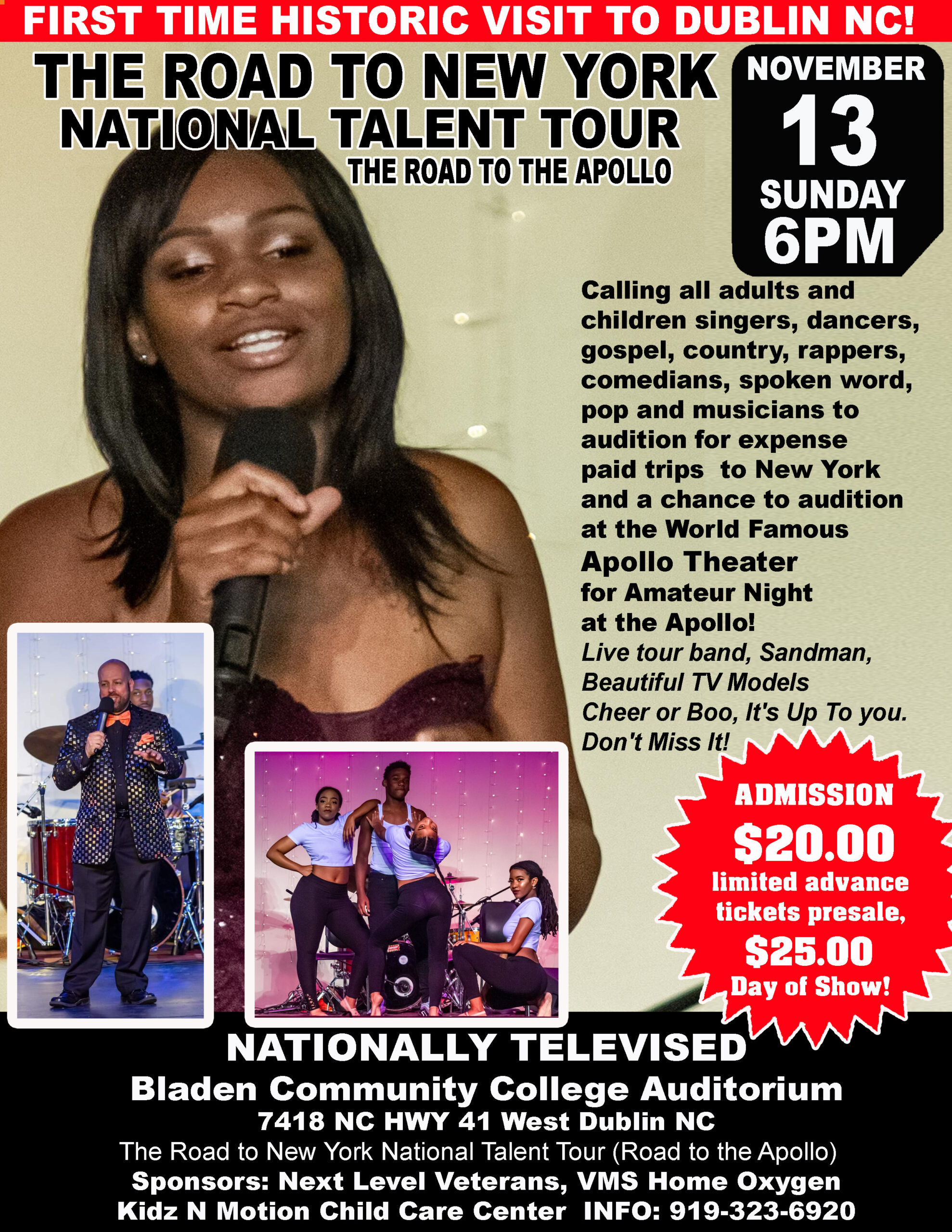 Over 20 contestants competed on October 15 for the opportunity to perform at the legendary Apollo Theater. The National Talent Tour, Road to the Apollo in New York, is searching for brilliantly gifted acts while raising funds to benefit North Carolina veterans.

For the first time in history, the popular television show will be in Bladen County at the community college.

One of the organizers and the senior producer of the event, Captain Newborn, said, “Whatever their talent, we would like to see it.”

The non-profit, Next Level Veterans is sponsoring the Road to New York National Talent Competition Tour, which brings the opportunity for local performers to win an all-expense paid trip to audition in New York City.

Captain Newborn explained finding talent does not just happen in big cities but can happen right here in Bladen County.

Danyelle Cotten, a talented East Bladen High School Freshman, won a place in the second round of the competition. She says she is excited about her chance to win a trip to perform at the Apollo.

Jair McElveen, another talented Bladen County resident, is ready for his debut. He said, “I think it is a good opportunity for me to do better with my singing and to get out in front of more people.” He plans to sing, Just the Two of Us.

The second round will be open to the public and recorded. The event proceeds will go to help American Veterans, according to Captain.

The talent tour will be held this Sunday, November 13, at 6 p.m. at Bladen Community College.

“It will be filmed on location and televised in 42 million households,” Newman stated about the second audition event in Bladen County. Newborn explained the winners of the second audition would move to the next audition for Ametuer Night at the Apollo with travel and hotel expenses paid.

During the second round of auditions, the televised audience members will be entertained by the touring band, the Sandman, and show models. The audience will decide who moves on to the next round by voting with applause for the contestants.

Limited advance tickets are available for $20, and tickets will be on sale the night of the show on November 13 for $25. Sponsorships for the event are also available. See the sponsor levels below. 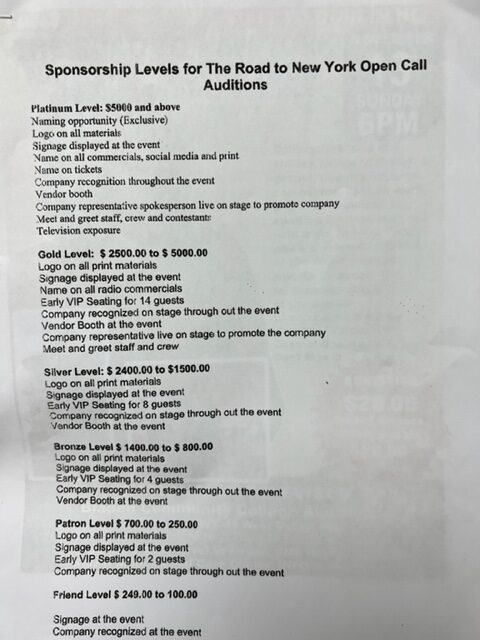 The event proceeds will be donated to assist veterans with mental and medical needs. This far, sponsors of the event are Next Level Veterans, Kidz N Motion Child Care Center, and Smith & Sons Heating & Cooling.

For more information about becoming a sponsor or ticket sales, contact 919-323-6920. Attendees are encouraged to cheer loudly for the acts they love and boo for the ones they don’t.