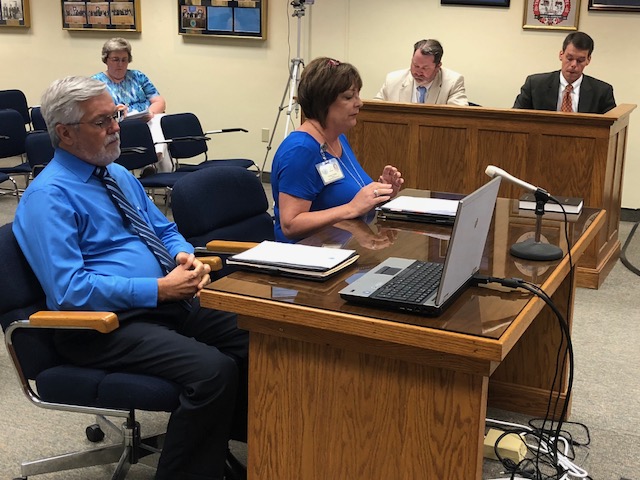 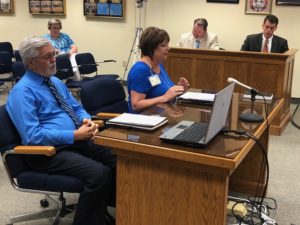 The Bladen County Board of Commissioners adopted the fiscal year 2018-19 budget on Monday night. The budget carries a cost of living adjustment for county employees.

There will be no property tax increase. The budget does increase funding to the Bladen County Board of Education over this year’s budget.

Bladen County Commissioner Charles Ray Peterson made a motion to adopt the budget including a 2 percent increase for schools and a one time allotment of $251,000 to the school system. The board voted unanimously to adopt the 2018-19 budget.

“I want to thank the commissioners for working together on the budget,” said Commissioner Chairman Ray Britt.

He also thanked the county department heads for their work on the budget as well.

In other business, the board heard an update from Bladen County Department of Social Services Director Vickie Smith regarding a memorandum of understanding with the NC Department of Health and Human Services.

Smith suggested sending a statement to the State outlining the concerns the County has with the agreement. She stated the memorandum does increase services to DSS clients but it also puts a lot of stress on local workers, too.

The Memorandum of Understanding outlines various performance standards each county must meet for such items as initiating an investigation into a report of abuse or neglect. Smith said sometimes it is difficult to locate families right away when a report is initiated and this can have an impact on the performance standard. She said the standard set by the agreement for Bladen County for Child and Adult Protective Services is 95 percent. She explained that failing to meet the standards set by the agreement can lead to fines for the county.

“If we don’t sign it, we are breaking the law,” said Smith.

“I’m not for signing it,” said Commissioner Charles Ray Peterson.

Bladen County Department of Health and Human Services Interim Director Wayne Raynor told the board that many counties are studying obtaining professional liability insurance as a result of the new law.

*The board also appointed Commissioner Chairman Ray Britt and Barbara Knight to the Bladen Community College Board of Trustees.

*The board approved the Board of Education to spend $140,070.88 for capital outlay projects.

*The board conducted two public hearings for Economic Development. The first hearing was to receive comments regarding the proposed fiscal year 2018-19 Economic Development budget and the second hearing was to receive comments regarding a $900,000 loan to Bladen’s Bloomin’ Agri-Industrial for construction of a shell building. No one signed up to speak at either hearing.