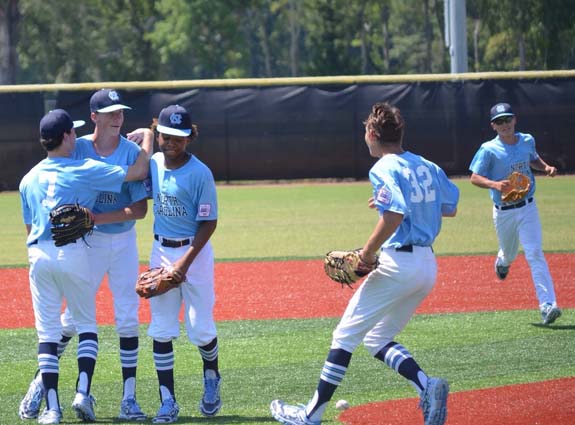 STERLINGTON, La. – Timely hitting, strong pitching, and a stingy defense lead the Bladen County Pre-Majors All-Star team to a 4-2 win in Game One of the World Series at the Sterlington Sports Complex on Saturday morning.

Bladen County will play Laurel, Mississippi at 2 p.m. ET on Sunday. The game will be streamed online at lspn.live.

Monroe threatened in the first inning, loading the bases on three hit batters, before Tyler Hill caught a line drive for the final out.

The bats came alive for the home team, Bladen County, in the second inning when the designated hitter, Brady Hollingsworth, smacked a lead off double. Hollingsworth scored one batter later on Hill’s line drive single to center field. Brandon Fine delivered one of his three hits on the day with a two-out double down the third base line, scoring Hill. 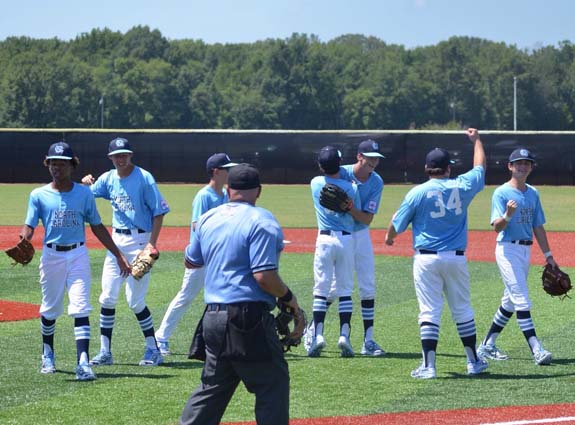 Bladen County went ahead 3-0 in the bottom of the third inning. Zach Meares hit a right-center field gap shot for a leadoff triple. Dylan Fine produced a push bunt single when the Monroe first baseman made a failed attempt to get a head-first sliding Meares at the plate.

Monroe got its first of two runs in the fourth inning with a leadoff single and a passed ball getting the runner to second. A fly out moved the runner to third and a one-out ground ball to Meares at shortstop scored the runner.

Brown workedout of a jam in the top of fifth inning for Bladen County. He allowed the first two runners to reach second and third on a hit batter, base on balls, and a wild pitch. Brown, determined to leave the game 3-1, was able to strike out the next two batters and deliver a weak grounder back to him for the easy put out, thus ending the threat. 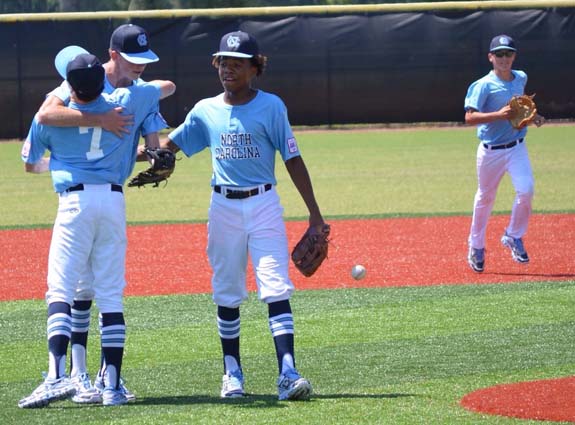 Hollingsworth beat out a grounder up the middle in the bottom of the sixth inning to deliver his third hit of the contest. Jacob Priest made an acrobatic slide at first to beat out the second push bunt hit on the day by Bladen County. Priest later scored when the Monroe second baseman threw the ball away during an attempt for a double play, pushing the lead to 4-1.

Bladen County closed out the game in the top of the seventh inning in nail-biting fashion. Monroe was able to scratch a run cutting the deficit to 4-2 with a runner on third base and the tying run at the plate with two outs. Priest, a goalkeeper on the East Bladen soccer team, was able to put those skills to good use by making a diving grab to end the game.

Brandon Fine and Hollingsworth led the Bladen County hitters with three each. Dylan Fine, Hill, Meares, and Priest had one hit each.