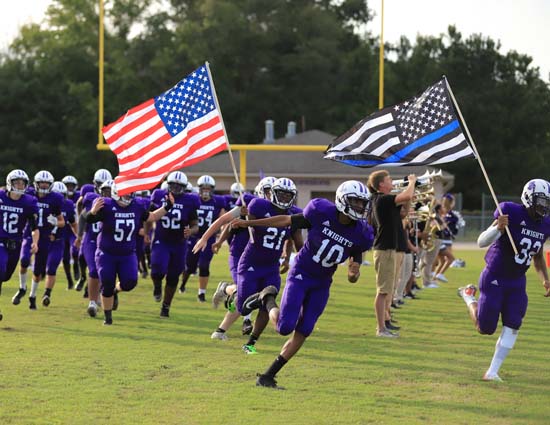 BLADENBORO – Junior Roman Dilgard ran for 2 touchdowns and threw for another to lead his South Brunswick Cougars to a 34-13 nonconference season-opening football victory over West Bladen on Monday night.

The Cougars reached the Knight 8 yard line on their opening drive, but West Bladen senior Tra’shawn Ballard pounced on a Cougar fumble at the 10 yard line to end the threat.

On their next possession South Brunswick covered 66 yards in 7 plays to take a 6-0 lead on Dilgard’s 6-yard TD run. A 35-yard pass from Dilgard to senior Rodney Thomas-Price set up the score. 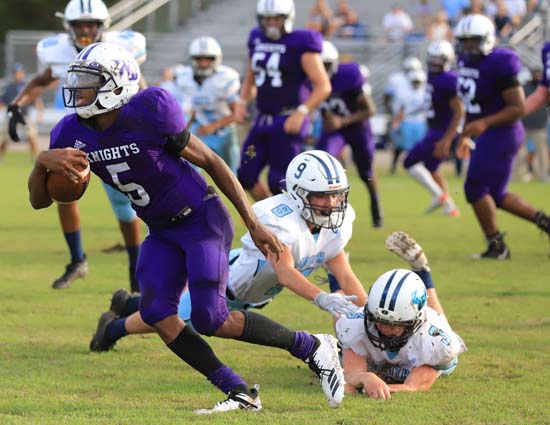 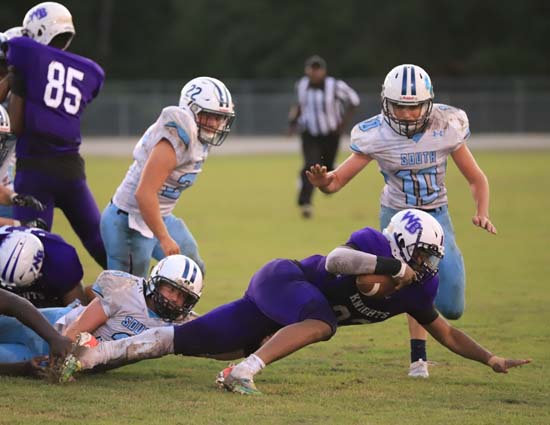 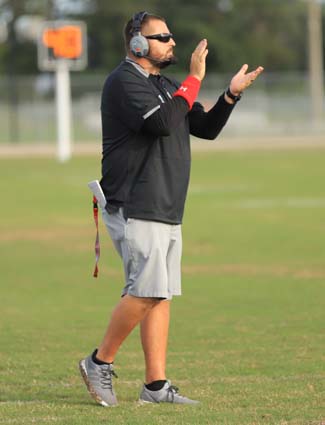 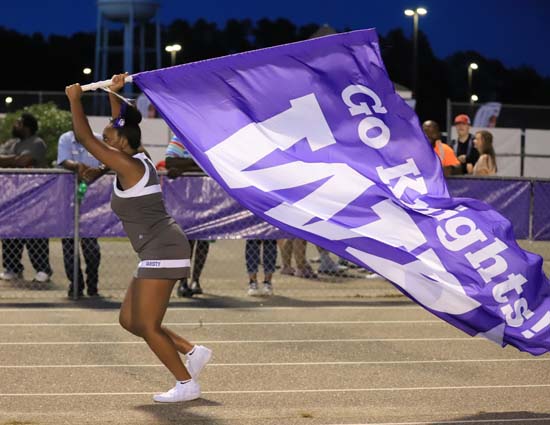 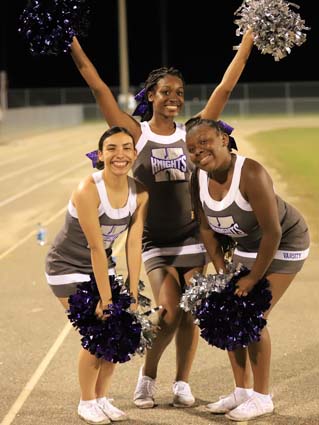 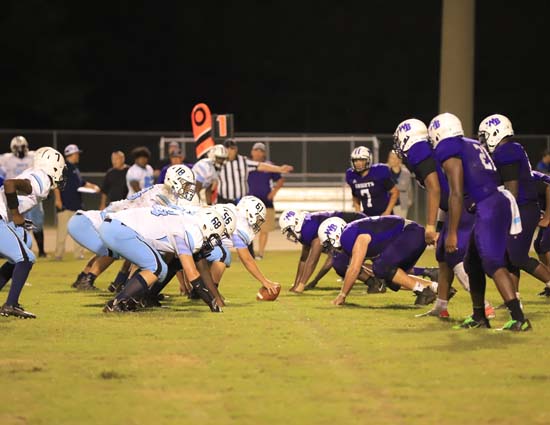 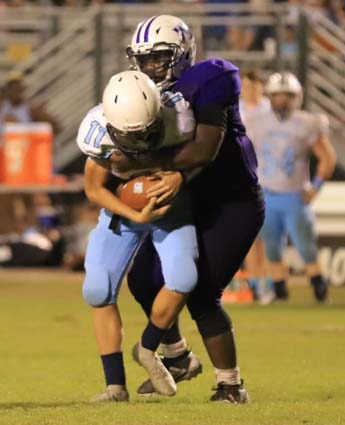 Dilgard connected with junior Miguel Miller on a 49-yard pass that ignited a 60-yard Cougar scoring drive. Two plays later Dilgard bulled through the line on a 4-yard TD run. Sophomore Noah Harrell booted the extra point for a 13-0 lead with 7:46 left in the half.

Two plays later, senior quarterback Tyre Boykin faked a handoff, pulled out of a tackle and bolted 53 yards straight up the middle for a Knight touchdown. Junior Roberto Muniz-Villa tacked on the extra point to close the gap to 13-7 with 6:34 on the first half clock.

Back came the Cougars with a 63-yard scoring drive in 7 plays. Dilgard hit Miller with a 19-yard pass, then found him again with a 37-yard touchdown pass. Another Harrell conversion put South up 20-7 at halftime.

A partially blocked punt set up the Cougars at the Knight 48 yard line in the third quarter. A face mask penalty and a 23-yard gain by senior Alex Brown led to senior Keyshaun Smith’s 3-yard TD run. Harrell kicked the point to boost the lead to 27-7 at the 8:14 mark.

West Bladen started an 84-yard, 8-play scoring drive at the conclusion of the third period. A trio of Boykin runs picked up 17 yards, and Ballard bulled through the middle for 7 more. Boykin circled right end, slipped through at least 4 tackles and scooted 54 yards for a touchdown that narrowed the gap to 27-13 with 8:56 remaining in the game.

Boykin finished with 18 carries for 188 yards and two touchdowns. “He was about all the offense that we had,” said Knight Coach Jon Sherman. Junior Kendall Johnson finished with 55 yards rushing on 10 attempts, and Ballard totaled 30 yards on 6 rushes.

A malfunction on the kickoff following Boykin’s second TD gave the Cougars possession at the West 41-yard line. Runs of 24 and 12 yards by Smith resulted in a South touchdown and pushed the margin to 34-13 following Harrell’s point-after.

“The defense played better in the second half,” said Sherman. “We needed some alignment adjustments and that is on me. The kids played tough and showed a lot of grit and guts.”

Sherman added that there would be a lot of work on details in practice this week as the Knights prepare for a trip to North Brunswick on Friday night.