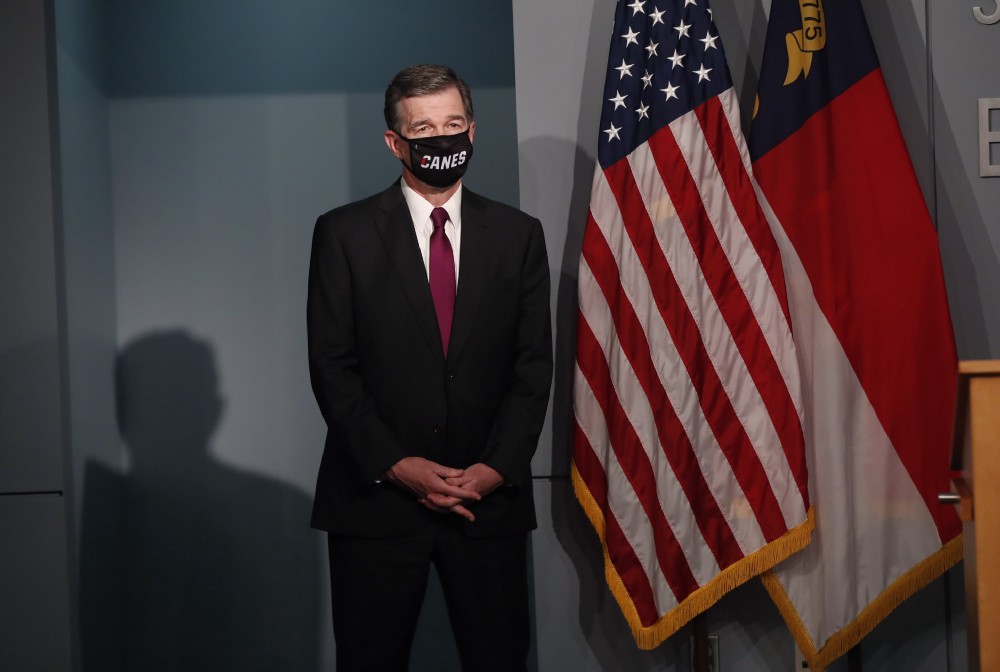 RALEIGH — Gov. Roy Cooper announced Wednesday that North Carolina will remain paused in Safer At Home Phase 2 for another five weeks as students and staff return to schools, colleges and universities and the state doubles down on efforts to decrease COVID-19 numbers.

“Other states that lifted restrictions quickly have had to go backward as their hospital capacity ran dangerously low and their cases jumped higher,” Cooper said during a news conference at Emergency Management Headquarters. “We will not make that mistake in North Carolina. In keeping with our dimmer switch approach with schools opening, and in order to push for decreasing numbers which will keep people healthier and boost our economy, North Carolina will remain paused in Safer At Home Phase 2 for five weeks.”

Cooper had extended the Phase 2 executive order through Aug. 7 three weeks ago.

Dr. Mandy Cohen, secretary of the North Carolina Department of Health and Human Services, shared an update on North Carolina’s data trends. Cohen explained that while some of North Carolina’s numbers have mostly leveled, any progress is fragile as other states have shown with sudden and devastating surges in viral spread.

“While overall we are seeing signs of stability, we still have much work to do,” Cohen said. “Our recent trends show us what is possible when we commit to slowing the spread by wearing face coverings and following those simple but powerful 3Ws.”

In addition to these metrics, the state continues building capacity to be able to adequately respond to an increase in virus spread. These areas include:

While testing turnaround times have improved, the number of tests done has decreased over the past week. Testing is a priority for anyone who has symptoms or those who may have been exposed to COVID-19, including:

** Anyone who has attended a mass gathering including a protest.
** Anyone who works in a setting at higher risk of exposure such as a grocery store, restaurant, gas station, or childcare program.
** People who live or work in high-risk settings such as long-term facilities, homeless shelters, correctional facilities or food processing facility.

The state continues hiring contact tracers to bolster the efforts of local health departments. There are over 1,500 full-time and part-time staff supporting contact tracing efforts, including the 615 Community Care of North Carolina contact tracers.

View the slides and graphs from Wednesday’s presentation.