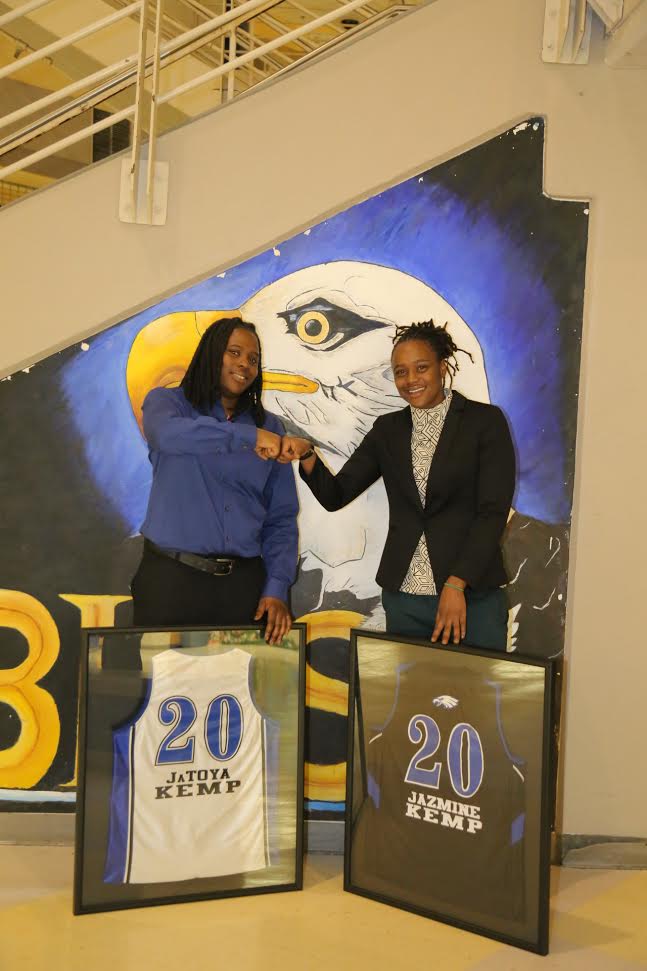 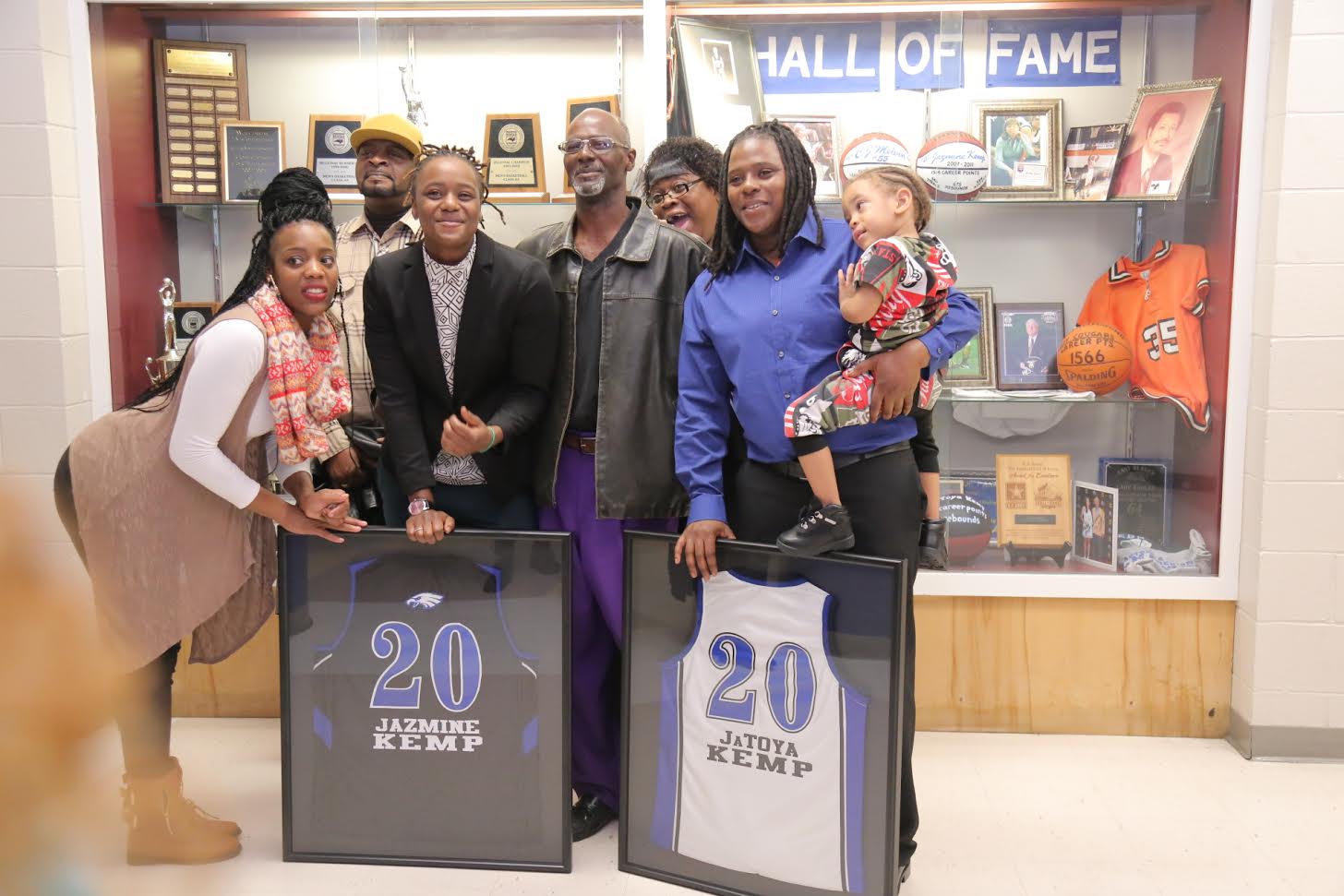 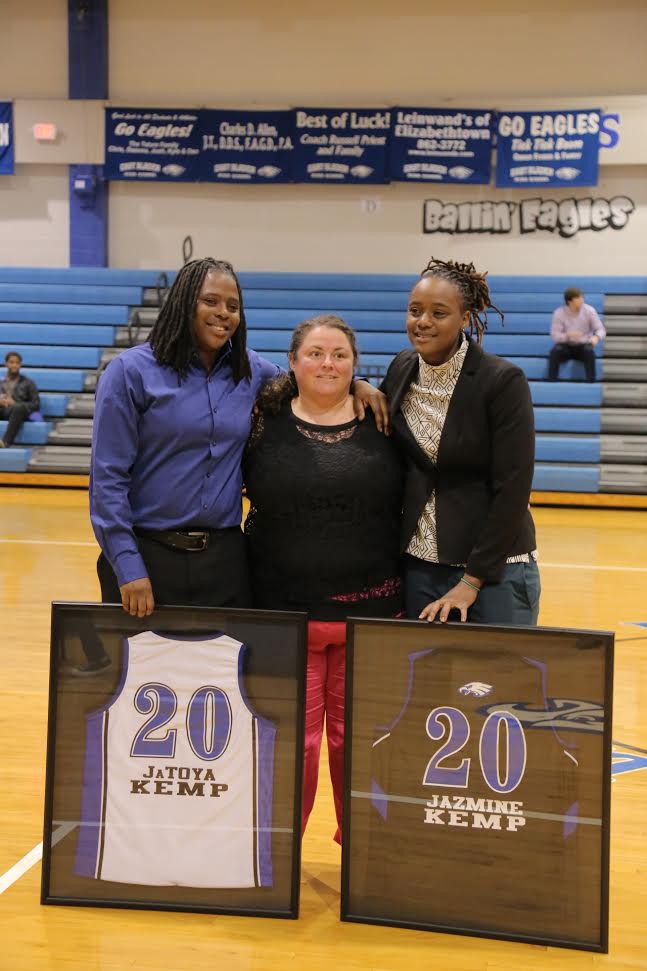 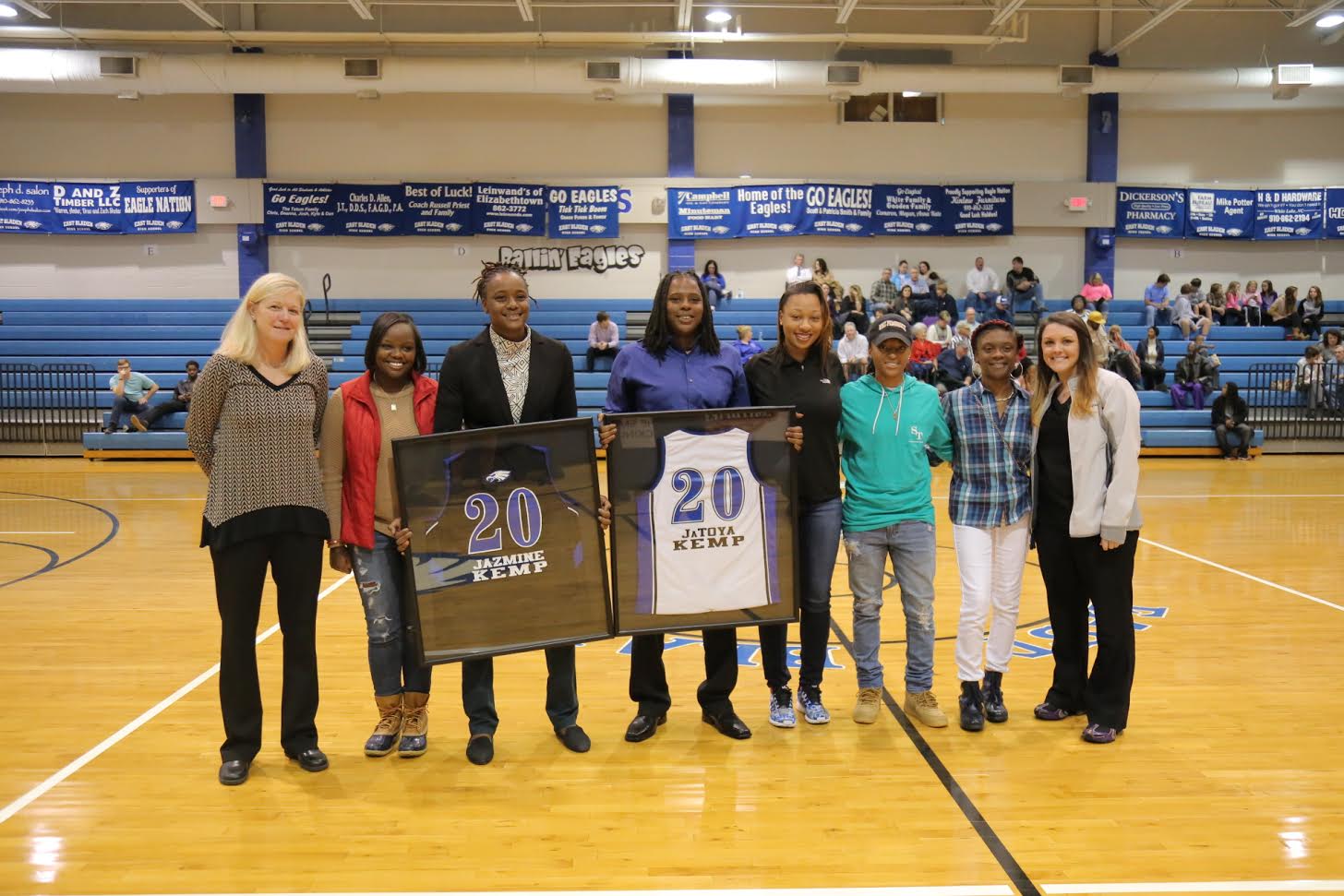 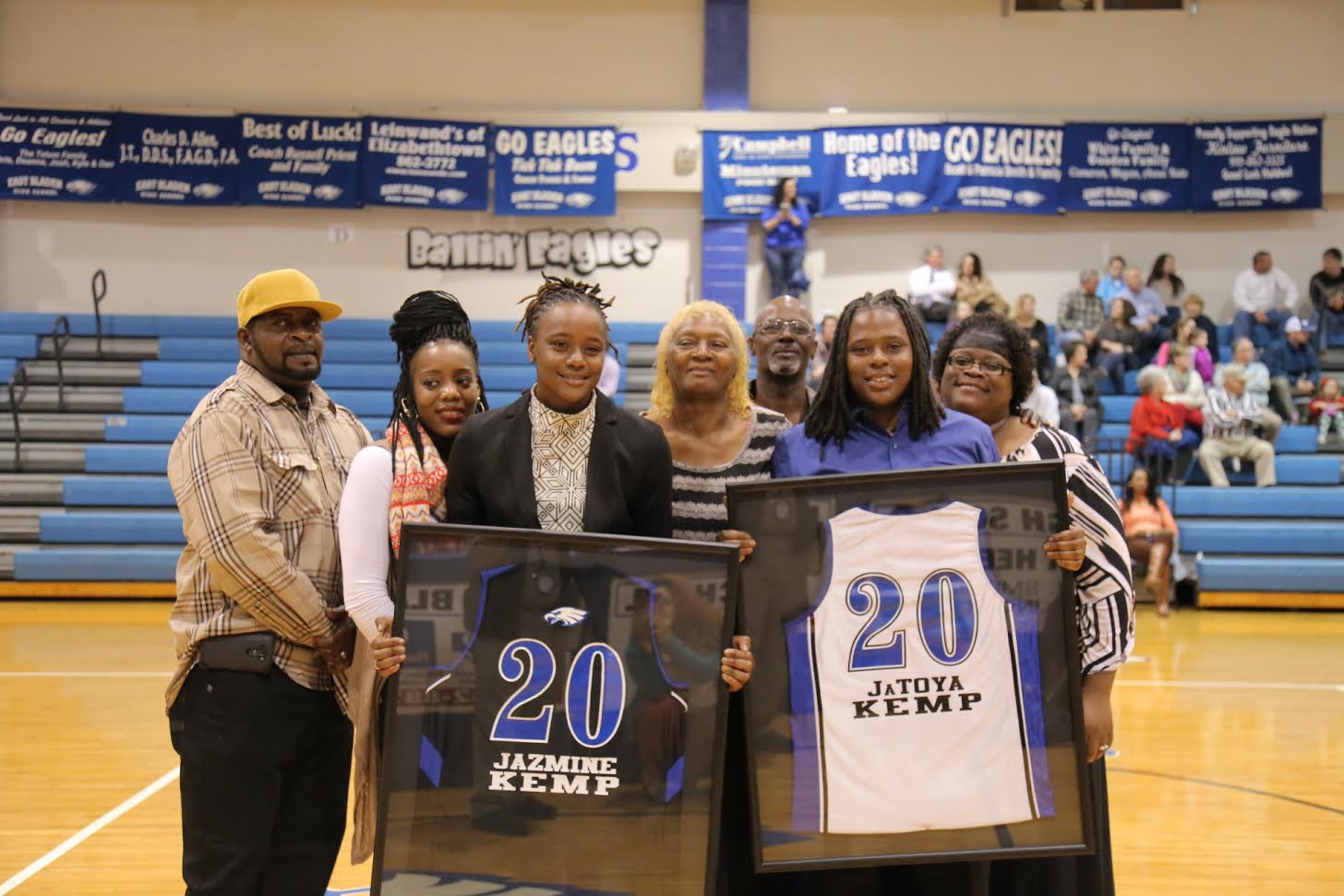 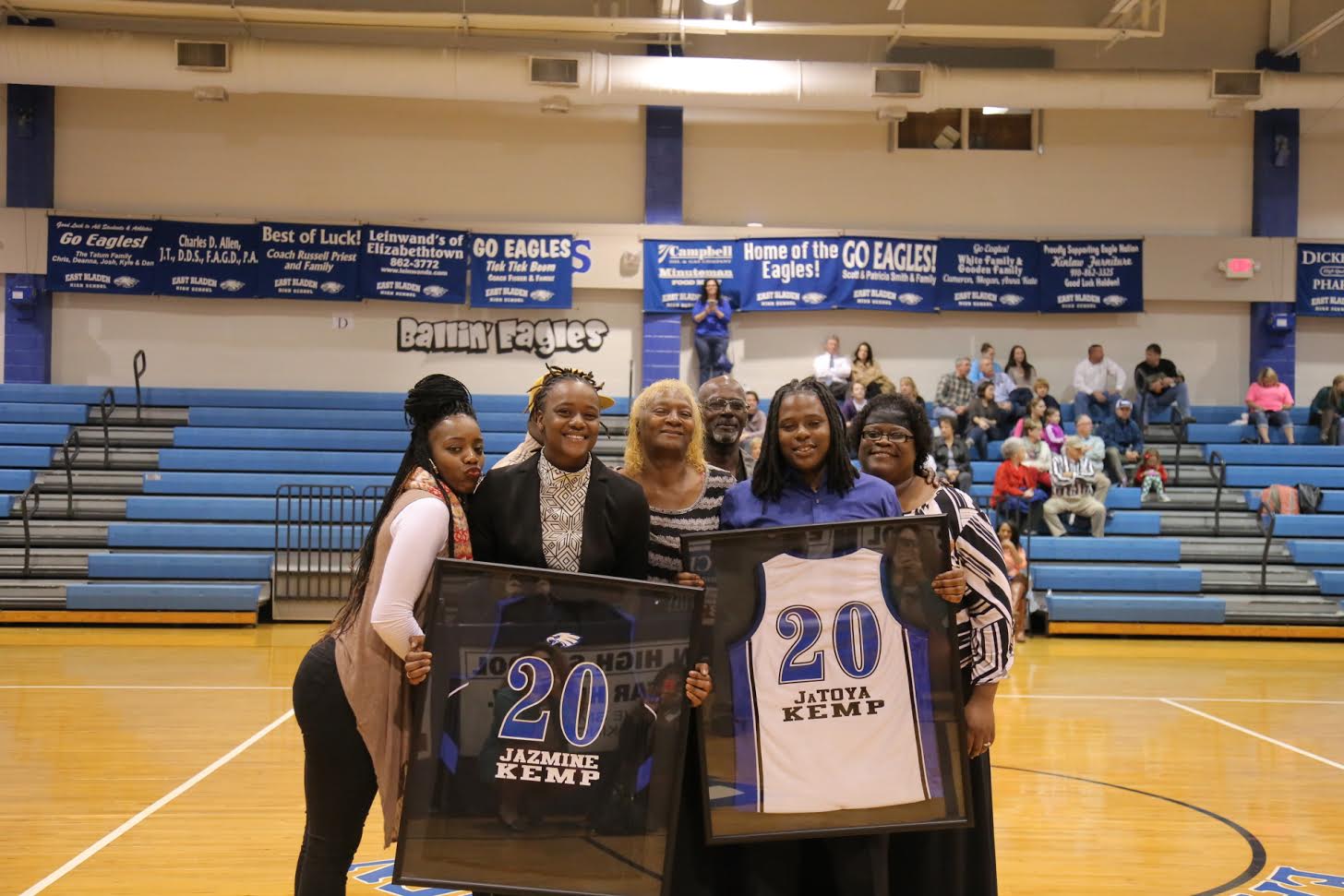 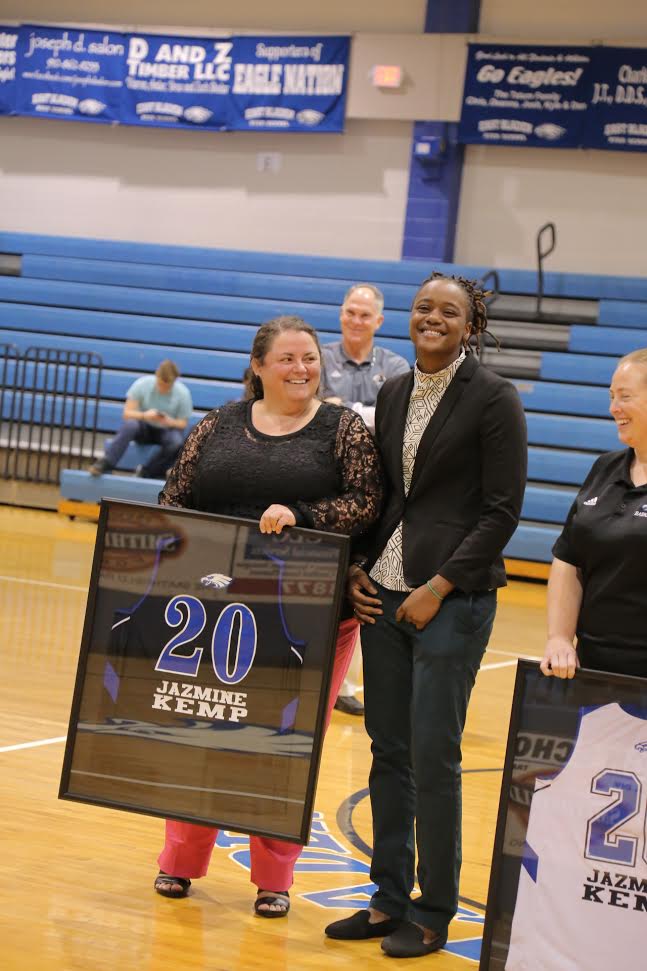 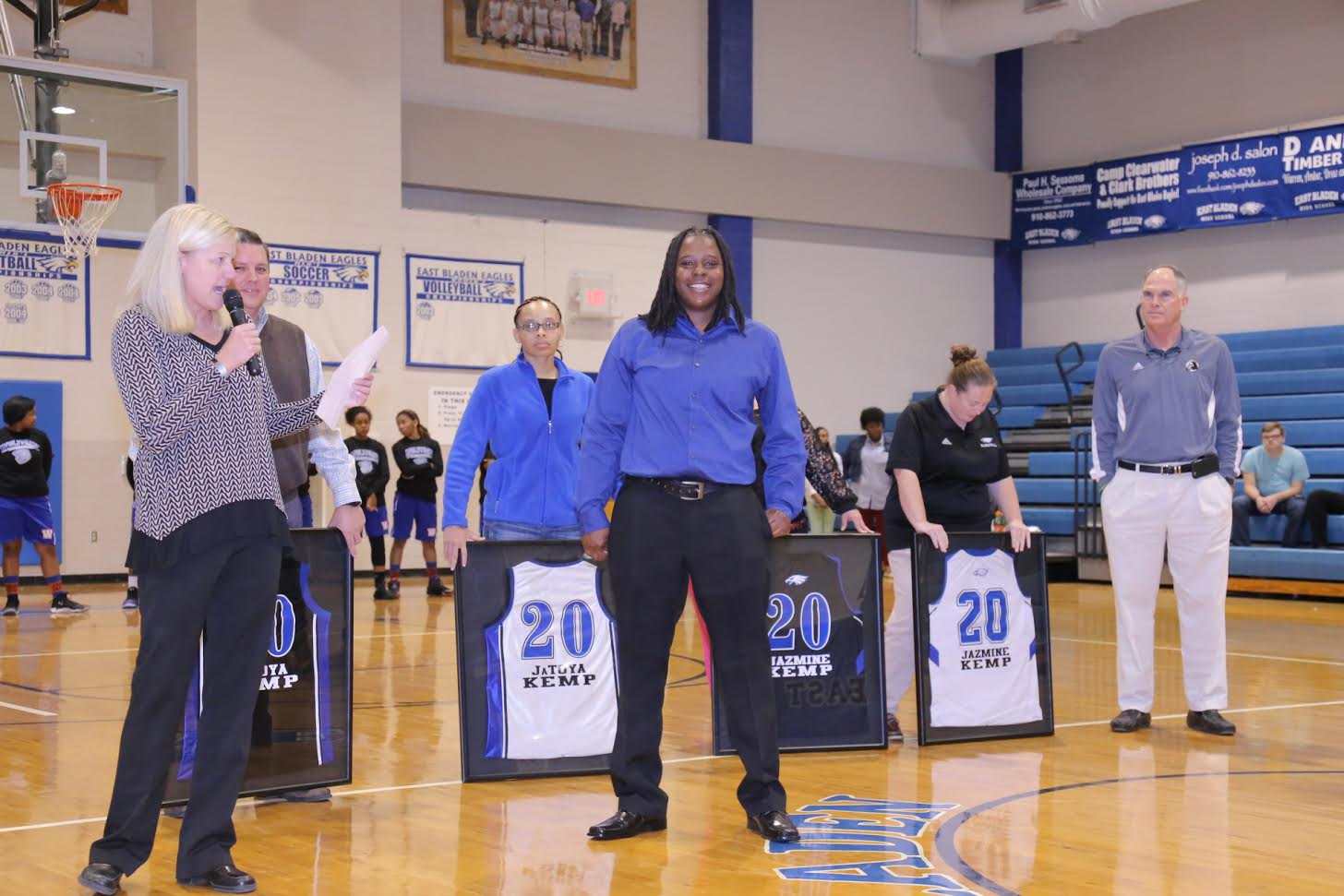 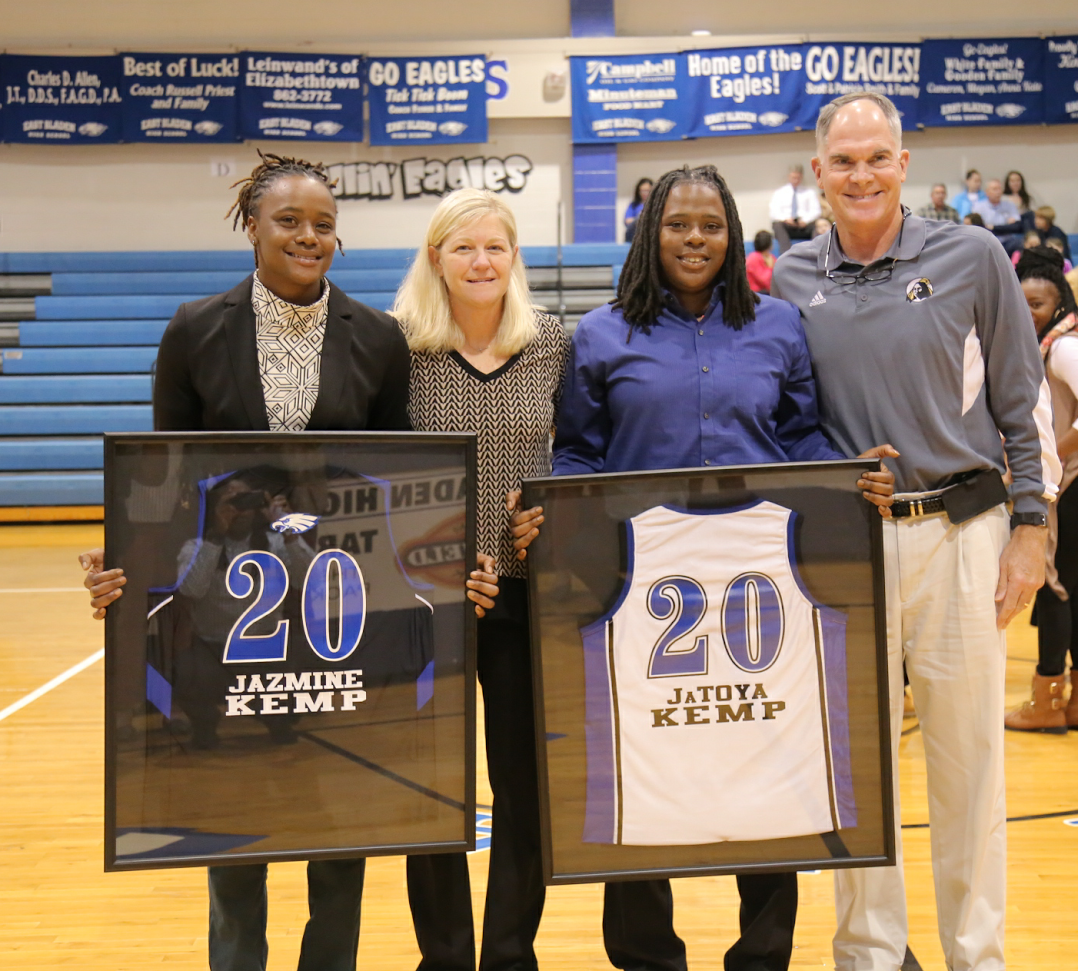 The No. 20 jersey that was worn by sisters JaToya and Jazmine Kemp was retired Monday night in a ceremony before the Lady Eagles game with Whiteville.

Coach Patty Evers who coached both of the Kemps pointed around at the walls in the gym and said, “When these two girls came here these walls were bare, it was really special to put pictures as well as banners around the gym. They helped give East Bladen recognition around the state.”

“They loved their sport and they loved their teammates,” Coach Evers continued. “It was never about them. Their leadership in practices and games spoke volumes of who they are.”

“They brought laughter and joy to the locker room and were very compassionate in everyday life, which carried over to their love of basketball,” continued Evers. “I couldn’t be any prouder of them for what they accomplished at UNCP and there was never a doubt that they wouldn’t succeed at the college level.”

Coach Evers also pointed out that JaToya and Jazmine were both 4.0 students grade-wise.

UNC-Pembroke Head Coach John Haskins who coached both Kemps was on hand for Monday night’s ceremony and said, ”It was a privilege to coach them. They were both great kids, All-Conference players and team MVP’s.”

‘It has been a great 8 years,” continued Coach Haskins. “It has been weird not coaching a Kemp this year. And I want to thank Johnnie (Johnnie McGill – their mother) for sharing them with us.”

Both JaToya and Jazmine were presented with a framed replica of their game jersey with their names on it. The girls had the option of choosing a black jersey or a white one. JaToya chose the white jersey, and Jazmine picked the black one. “I knew Jazmine would pick the black one,” said Coach Evers. “Her team hated the white uniforms.”

Other family members and former teammates of JaToya and Jazmine were on-hand for the ceremony.