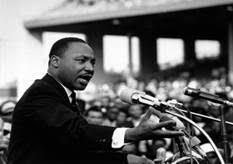 ELIZABETHTOWN – The 28th annual parade honoring the birthday of  Dr. Martin Luther King Jr. will be held in Elizabethtown on Monday, Jan. 18, 2016 at 11 a.m.

Everyone but not limited to civic and religious organizations, bands, step-teams, antique vehicles and farm equipment, queens etc. are invited to participate.  The public can send requests to particpate in the parade to abullock001@ec.rr.com.  There is no fee involved.  Individuals, groups or organizations that want a float should call (910) 645-4995 for float information.

The line-up starts at 9 a.m. at 805 West Broad Street; Elizabethtown.