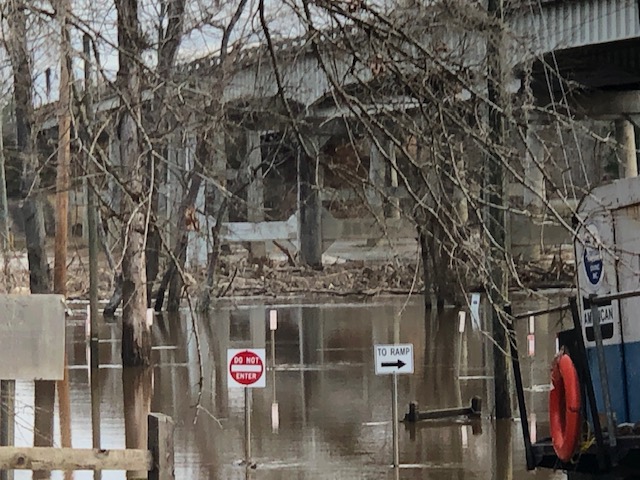 Many residents and business owners have voiced concerns about the plans for the US Highway 701 bridge over the Cape Fear River in Elizabethtown. The bridge connects many motorists to the county’s seat.

The North Carolina Department of Transportation closed the northbound bridge on November 22, 2019 for inspection. In the announcement Ms. Faye M. Boyne, with the NCDOT reported the bridge would remain closed until February 28, 2020. However, in January NCDOT announced the northbound bridge’s bent (sometimes referred to as a “pier” – see linked diagram), had shifted out of place due to past hurricane flooding and would need to be repaired.

Over the past few months, the southbound US 701 bridge has been used for travelers headed both directions in Bladen County. Wide load traffic has been prohibited on the bridge since November. 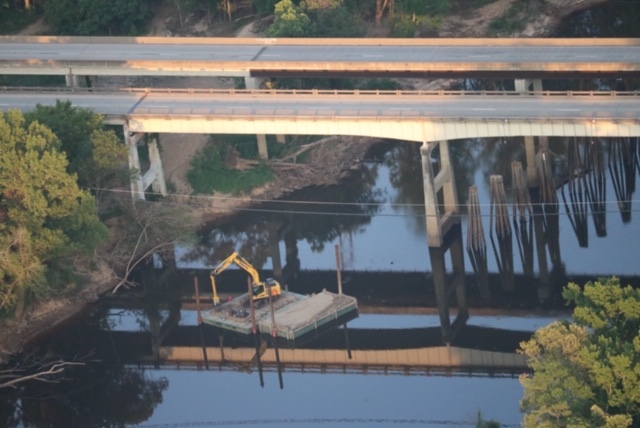 Earlier this month Andrew Barksdale with NCDOT, announced the traffic on the 701 southbound bridge would be reduced to one lane. According to Drew Cox, Division 6 Maintenance Engineer, the change in traffic on the southbound bridge was to allow for needed safety inspections, to monitor the bridge due to recent flooding, and because another small debris field collected under the bridge.

Barksdale assured BladenOnline.com staff members of the safety of the bridge following the inspection of the southbound bridge. He stated, “The inspection went well, and we were able to verify everything with the bridge and substructures were in good shape and had not been affected by the recent flooding or the current debris pile. Safety for the traveling public is paramount, we would not have reopened both lanes, unless the bridge was safe.”

In January, NCDOT thought a repair plan had been identified that would work for the northbound bridge. A new bent would be built next to the shifted one; then the old bent that was found to be shifted in January would be removed.

The plan was to award a bid in February and for the project to be completed by September, 2020, according to Barksdale. However, despite NCDOT’s efforts a design plan that meets current permitting requirements from FEMA (Federal Emergency Management Agency) and the U.S. Army Corps of Engineers has yet to be finalized.

Barksdale said, “The work we have to do in the river to fix the northbound bridge is substantial, and that work could increase the base flood elevation, which FEMA uses for its floodplain maps.”

He continued, “We hope to identify soon a repair plan that meets all permitting, so that we can begin fixing the bridge and also install the debris reflector system that has been on hold for the past few years.”

When asked if NCDOT has considered replacing either of the bridges, the answer was, “Yes.” Barksdale said, “We are considering whether or not to build a new bridge, replacing both bridges (northbound and southbound) with one new structure.”

He explained, “If we were to decide to build one new bridge, it would be phased construction – that is, we would build part of it while keeping open one of the bridges for two-way traffic to use.”

Barksdale emphasized the fact NCDOT has no finalized plans for either of the bridges. In closing he said, “Again – nothing has been decided yet. We are still evaluating all options, and we are working to finalize a plan soon.”

Progress made with debris under bridge in Elizabethtown