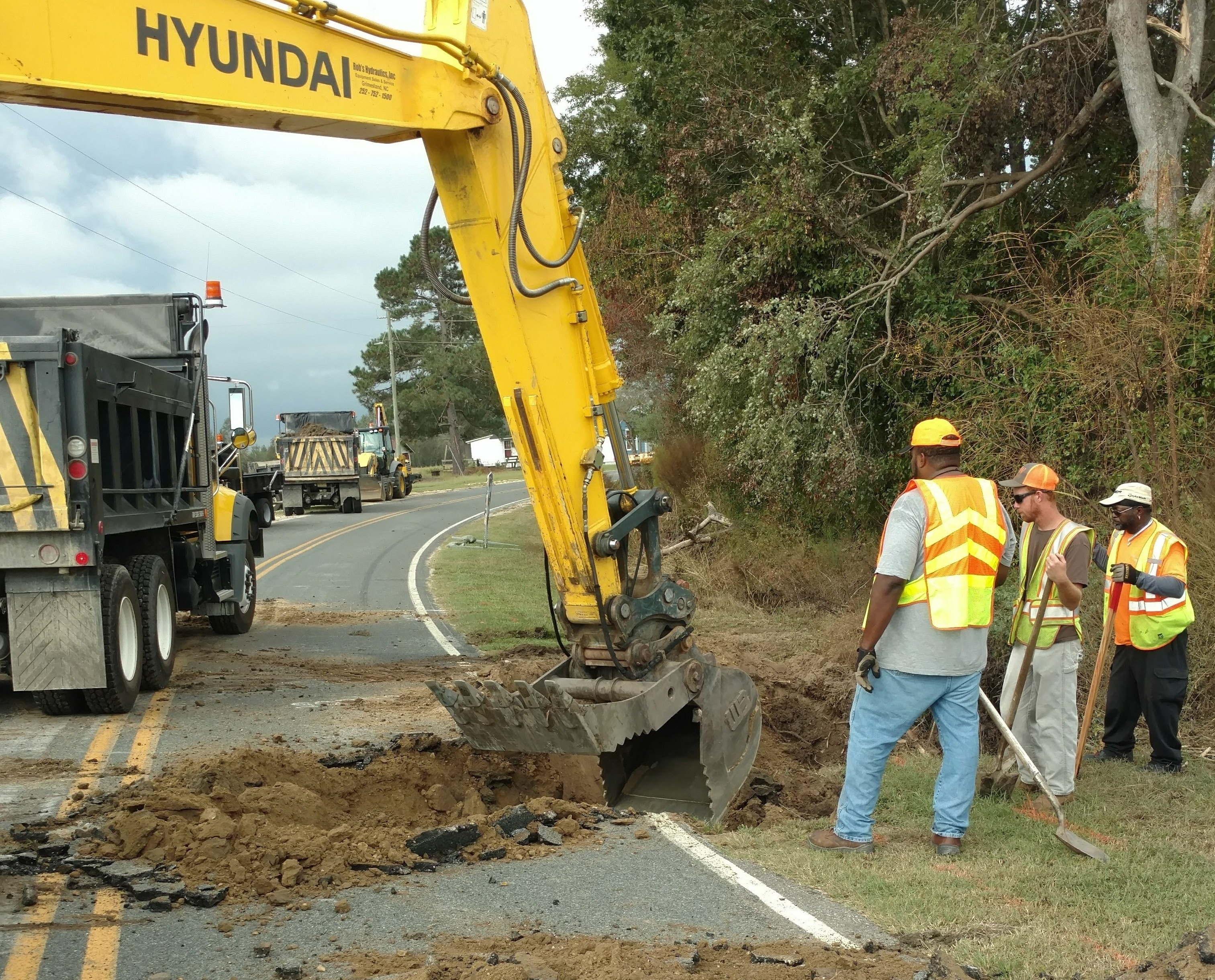 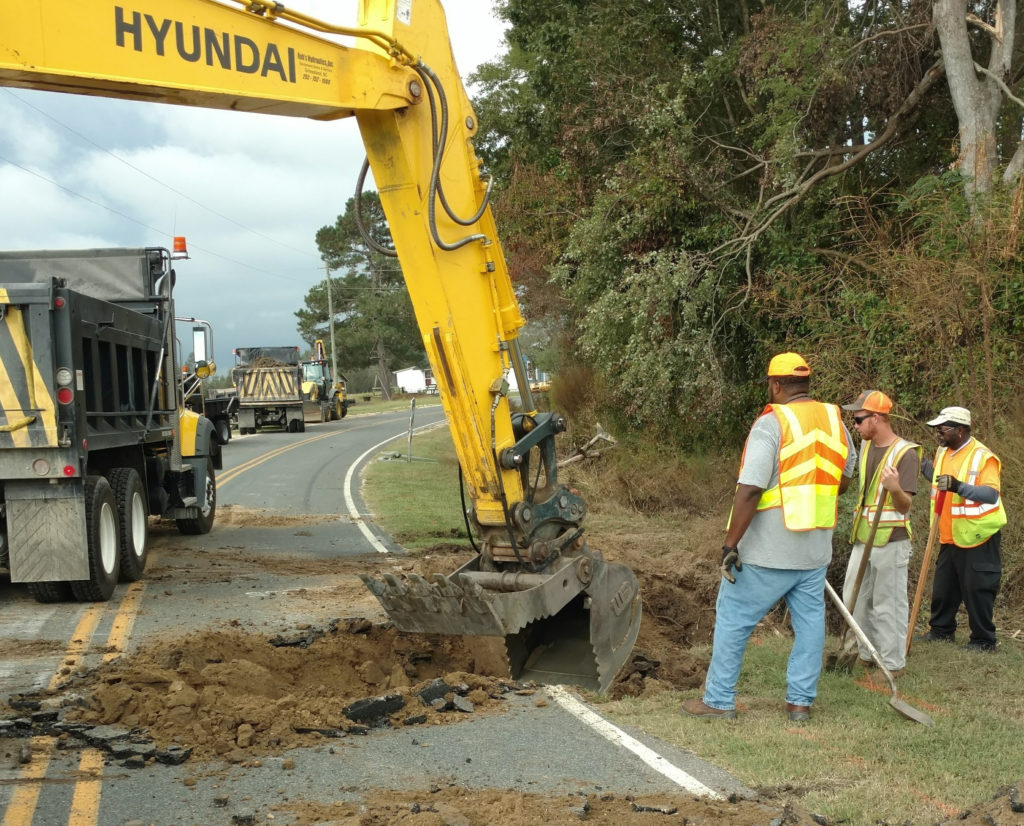 All but one road to reopen by Thanksgiving

FAYETTEVILLE – Hurricane Florence hit hard all five counties that make up the N.C. Department of Transportation’s Highway Division 6, which had a total of 248 road closures.

The effects of the storm were widespread across the division’s territory of Bladen, Columbus, Cumberland, Harnett and Robeson counties. A total of 201 bridges were closed because of the storm, and about 200 roads washed out. Additionally, three rivers deluged parts of Interstate 95, which reopenedlate Sunday night on Sept. 23 after crews waited for the water to recede and performed expedited repairs.

As of Tuesday, 17 roads in the Fayetteville region remained impassable at locations damaged by the floodwaters; five are primary routes. The following shows which five highways were impacted, as well as the type of damage and repair plan for each route:

• U.S. 701 at the Bladen-Sampson County line: A new bridge is needed, and a design-construction team has been selected.
• N.C. 210 in Cumberland County: Two box-shaped culverts need to be repaired, and the work is expected to be completed next month.
• N.C. 27 in Harnett County: The roadway at the bridge failed. The pavement will be repaired this month to reopen the bridge.
• N.C. 82 in Harnett County: Failed drainage pipes must be replaced. The work is under contract and expected to be completed by November.
• N.C. 904 in Robeson County: The road washed out. Repairs to reopen the road are anticipated to be completed later this month.

With the exception of the U.S. 701 bridge, the division plans to have every remaining road opened again by Thanksgiving, thanks to a combination of 168 employees in the division and 35 contractors working on storm recovery.

“It is amazing what our employees have been able to accomplish since this storm hit almost three weeks ago,” said Drew Cox, the Division 6 maintenance engineer. “They have repaired shoulders, fixed pavement and replaced drainage pipes to get our road network back in shape quickly.”

The division has received reinforcements from NCDOT crews who traveled from western North Carolina, which was less impacted by the storm. The 52 employees from Highway Divisions 11 and 14 have been removing storm debris across the Division 6 counties.

“They have been a tremendous help to our recovery effort,” Cox said.