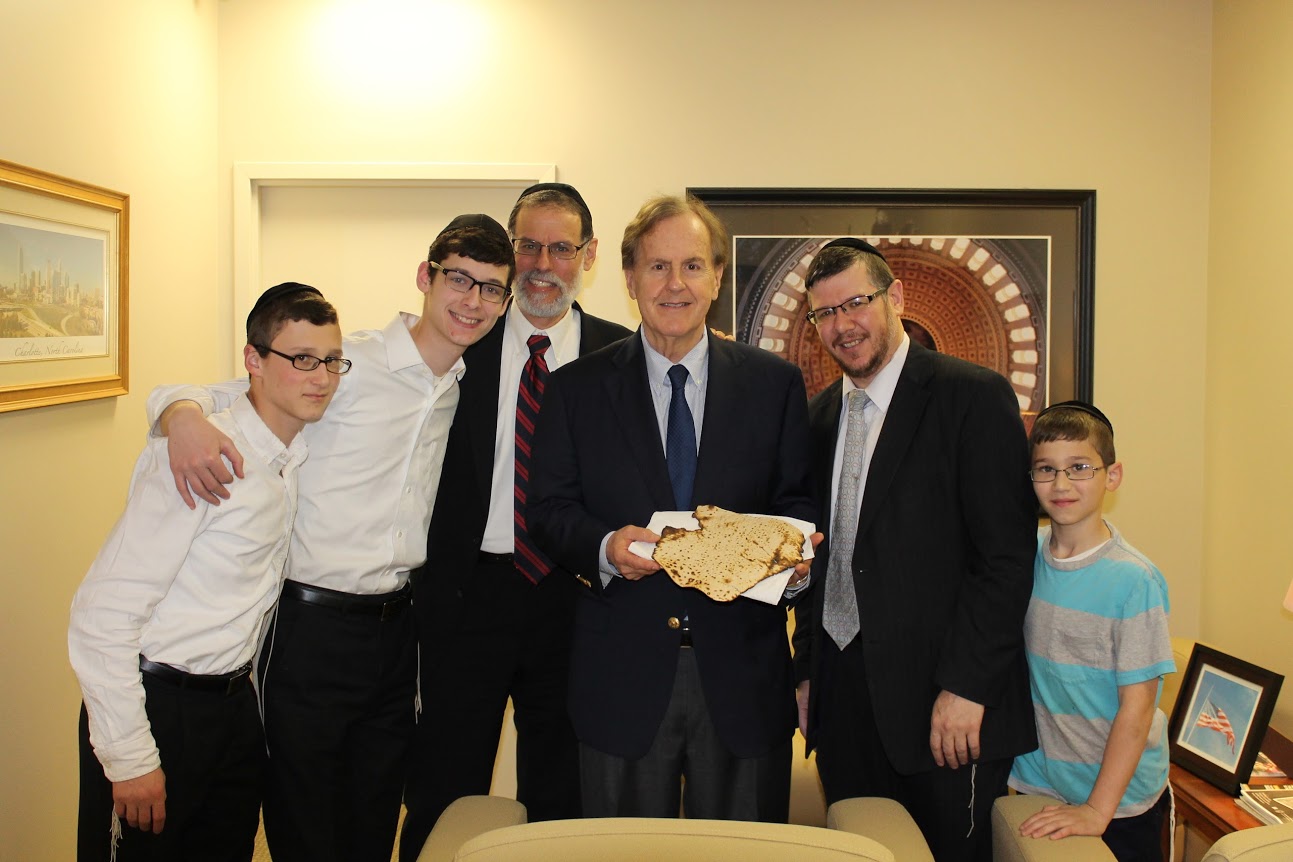 Today, Congressman Robert Pittenger had the honor of purchasing chometz from Rabbi Chanoch Oppenheim and the congregation of the Charlotte Torah Center. 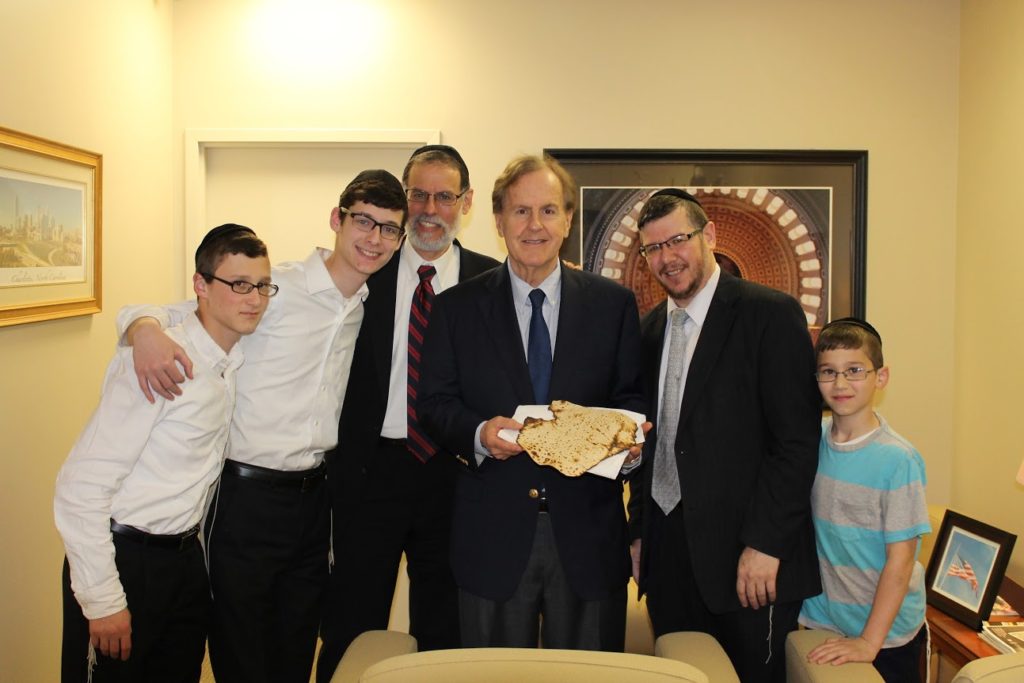 “America shares a special and lasting relationship with the nation of Israel, and I was humbled to join Rabbi Oppenheim for today’s purchase of the chometz,” said Congressman Pittenger.  “Suzanne and I send our warmest greetings to our Jewish friends in Charlotte, Israel, and around the world.  Chag Sameach!”

The tradition of selling chometz to a non-Jewish person ensures compliance with Torah law directing Jewish households to not have products derived from barley, oats, wheat, rye, and spelt during Passover.

More from PoliticsMore posts in Politics »