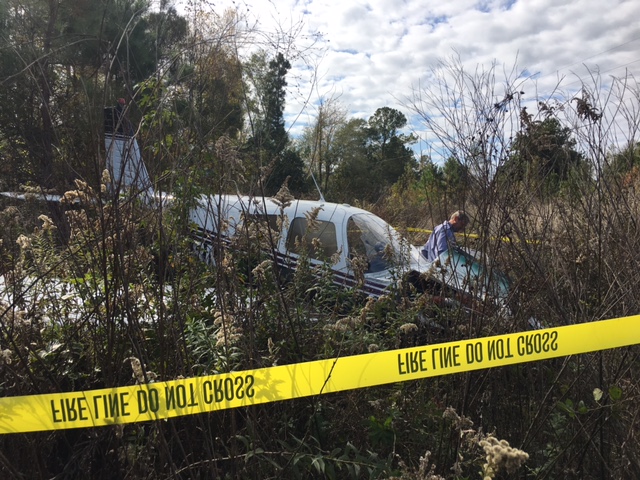 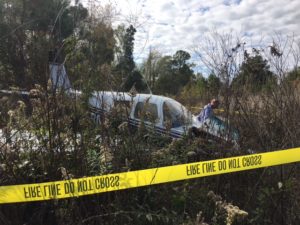 A preliminary report from the National Transportation Safety Board blamed a dirt dauber nest for a crash that ocurred near the Bladenboro airport in November. A dirt dauber is sometimes referred to as a “mud wasp” and is a term used to describe several species of wasps which construct their nests from mud.

You can read the report in its entirety here.

According to the preliminary report, the pilot, Robert Hester (not the Robert Hester affiliated with BladenOnline.com) said after taking off in his 1969 Piper PA28-140 from the Bladenboro Airport, he circled around and experienced a loss of engine power. Hester attempted to turn on the carburetor heat, but it did not solve the problem, according to the report.

Hester was unable to land on the airport’s runway and crash landed in a small field. Neither Hester nor his son, Eddie Hester, who was a passenger, were injured in the incident.

The National Transportation Safety Board’s preliminary report said a Federal Aviation Administration inspector found damage to the plane from the crash and a mud dauber nest in the carburetor heat control box which prevented it from opening up completely when Hester activated it.