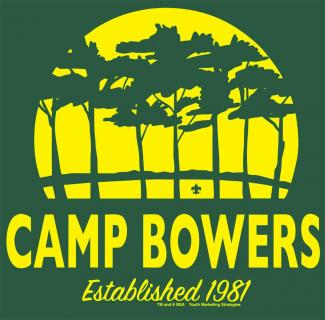 As you most likely know, Hank Aaron died Friday. He was 86.

Did you know that the former home run king came to Bladen County in April 1981 to help dedicate Camp Bowers, the 1,487-acre Boy Scout camp located off NC 53 near White Oak?

Yep, the man who, many feel, is the all-time home run leader with 755, discounting the steroid era, was a Boy Scout growing up and was long a supporter of Scouting.

I don’t recall who arranged Hammerin’ Hank’s trip nor how it all came together, but as a young and intrepid reporter at The Bladen Journal at the time, I was determined to interview Aaron.

Figuring it would be difficult to chat with Aaron during the dedication I decided to call the Atlanta Braves to try to set up a phone interview. Hey, I was young, intrepid and determined. So, I dialed — back when you actually had to dial the phone.

“Hello. My name is Sonny Jones. I’m with The Bladen Journal and I’m trying to set up an interview with Hank Aaron. He’s coming to our county next week to help dedicate a Boy Scout camp.”

“Hold on, please,” she said politely. I assumed it was the beginning of the telephone runaround.

After waiting a few seconds, a man said, “Hello.”

Assuming it was Aaron’s assistant or the media relations department, I repeated my opening.

“Hello. My name is Sonny Jones. I’m with The Bladen Journal and I’m trying to set up an interview with Hank Aaron. He’s coming to our county next week to help dedicate a Boy Scout camp.”

WHAT? I got right through to Hank Aaron!

The man who hit more home runs, had more than 3,000 hits and is, arguably, the best player to ever play baseball took a call from a young, intrepid and determined reporter at a small town paper in southeastern North Carolina!

I was speechless. What now?

After quickly regaining my composure, Aaron and I talked for about 10 minutes.

“I have a meeting I need to attend,” said Aaron, who was Atlanta’s director of minor league development at the time. “It will take about 15 to 20 minutes. If you want to call back, we can talk some more.”

I thanked Aaron for his time and told him I would call back in about 30 minutes.

I assumed Aaron was just being nice in offering to talk some more, but, being young, intrepid and determined, I called the Braves’ office about 30 minutes later and was put right through to Aaron. He apologized for having to duck out for a quick meeting. The home run king apologized to me.

We talked for another 10 minutes or so. I don’t remember much about the conversation, but it was the standard stuff that he had talked about thousands of times. Recalling breaking Babe Ruth’s home run record of 714, his career and dealing with racism as a Black man playing in and growing up in the south in the 1950s, ’60s and ’70s. Aaron handled it all with grace.

When Aaron came to Bladen County on a Saturday morning, he made a few remarks at the camp dedication. It was hectic, as expected, but I did get to walk with him and he signed one of two baseballs I brought. I later gave the baseball to a kid. Autographs weren’t as big of a deal back then.

Kind words are often written and said after someone dies. You will read and hear many about Henry Louis “Hank” Aaron in the days ahead.

All are well deserved.

Hank Aaron made a no longer young nor intrepid nor determined reporter feel at ease talking to a Hall of Famer on the baseball field and in life. It’s the memory of a lifetime 40 years later.