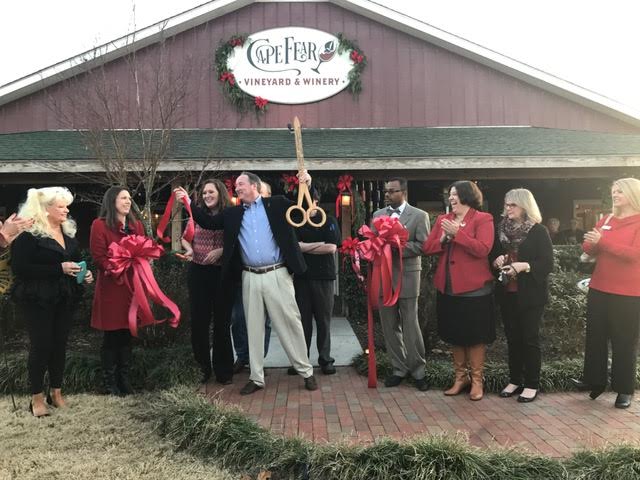 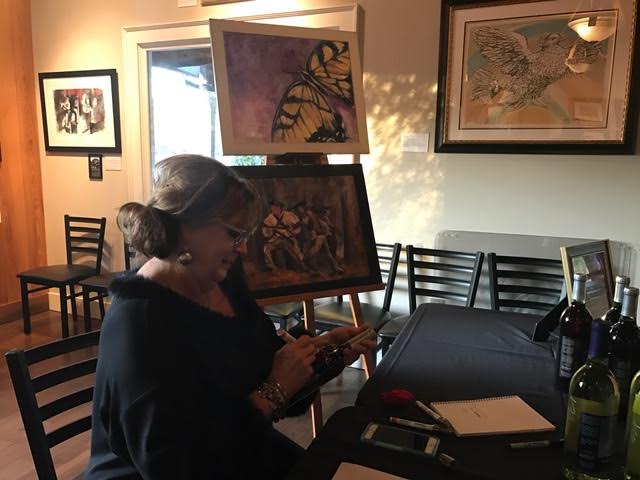 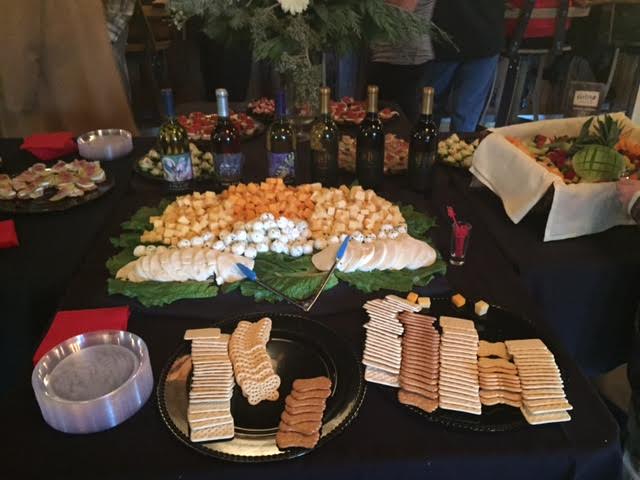 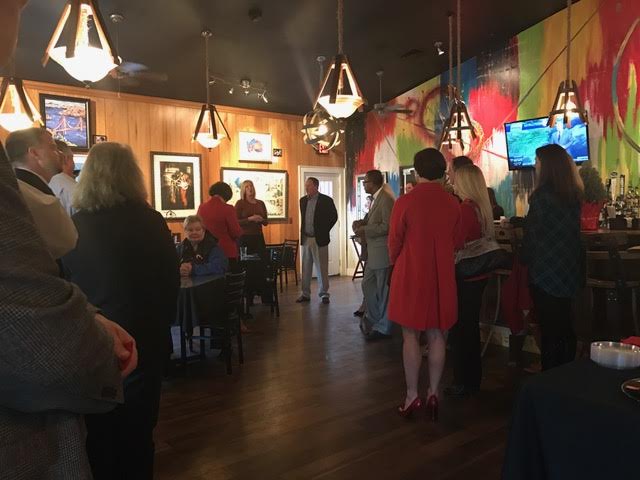 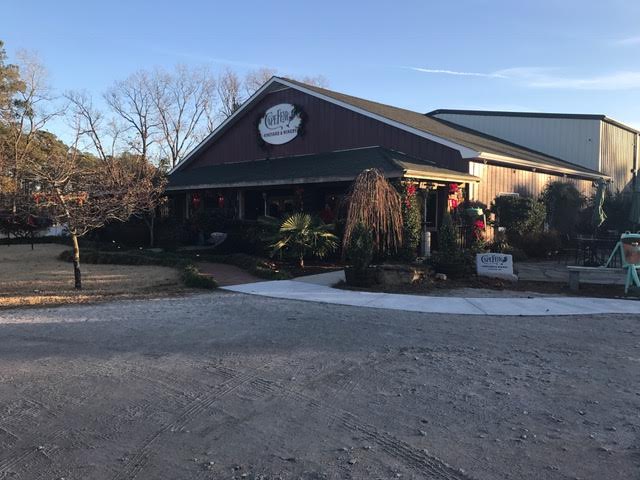 Cape Fear Vineyard and Winery outside 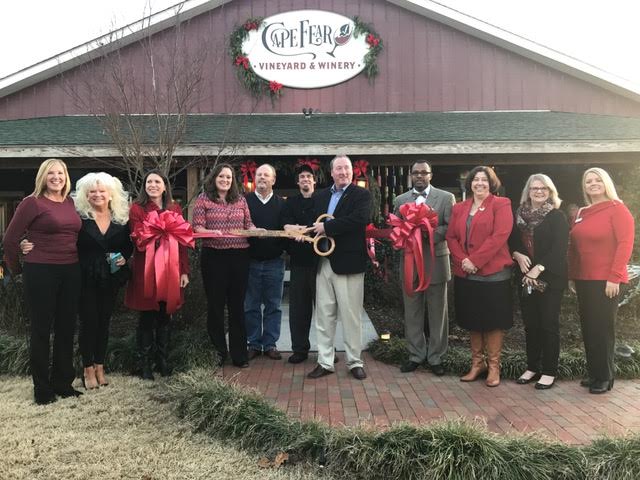 Cape Fear Ribbon Cutting wiht chambers
The Cape Fear Vineyard and Winery held a ribbon cutting and open house on Wednesday afternoon. The well attended event featured hors d’oeuvres prepared by Chef Paul Boswell and a wine tasting. Tours of the winery and the cabins as well as the grounds of the winery were also offered.
Cape Fear Vineyard & Winery owner, Alex Munroe, said he has another business that is located in the Elizabethtown Industrial Park. Munroe said he would often walk his dog across the property of the vineyard and let the dog swim in the lake. He said he asked Bladen County Economic Development Director, Chuck Heustess, about the property because it looked abandoned. Eventually, he purchased the winery.
“The community has been so supportive,” said Munroe.
Elizabethtown-White Lake Area Chamber of Commerce Executive Director Dawn Maynard welcomed Chamber Board members, Chamber Ambassadors, Columbus County Chamber members and members of the public who were in attendance to the ribbon cutting.
Elizabethtown Mayor Sylvia Campbell welcomed everyone to the premises and said, “I was just telling Alex (Munroe) how nice it is to finally be able to welcome you to Elizabethtown. It is a beautiful venue.”

Mayor Campbell added, “I think it is one of best things to ever happen to us (Elizabethtown).”

Munroe introduced the staff of Cape Fear Vineyard and Winery to those in attendance. Chef Paul Boswell has served as chef at such venues as the Oceanic, Bluewater Grill, and Henry’s to name a few. Boswell spoke and said, “This is one of the nicest places I’ve worked.”

Bladen County artist Kathy Bunn was commissioned to create four of the labels for the wines. The labels included “I, Swanee” which is a white muscadine; “Tory Hole” which features a battle scene on a red muscadine sweet wine; the third label featured is called “Tiger Swallow Tail” which is the North Carolina state butterfly and is featured on a white wine blend. It was announced during the ribbon cutting that in January a fourth label called “Cardinal” will be released. Bunn was on hand at the event signing bottles that featured her labels.
Following the ribbon cutting, those in attendance enjoyed tasting wines, sampling the appetizers, and touring the grounds.