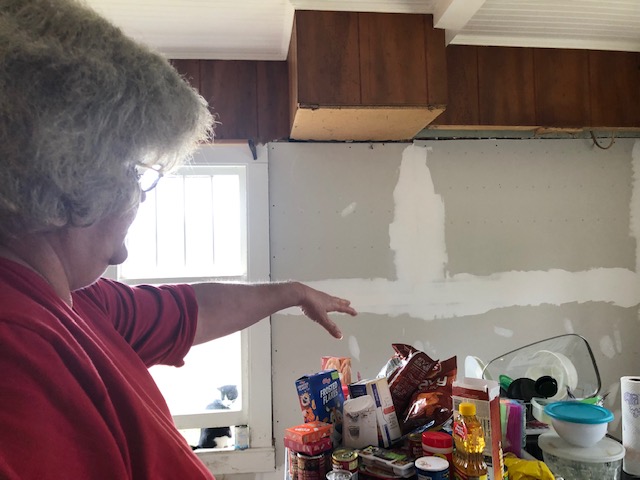 One resident who resides on Sweet Home Church Road says she is waiting patiently to learn what assistance, if any, she will receive to help with repairing hurricane damages to her home.

Cynthia “Cindy” Tatum said that her home received damages from Hurricanes Matthew and Florence. She has applied for assistance from FEMA and other agencies for help repairing her storm damaged home and Tatum said she is still waiting for an answer regarding assistance repairing damage from Hurricane Matthew.

“We had more water in the house with Hurricane Matthew than Hurricane Florence,” said Tatum.

She said, since Hurricane Florence damaged her home again, she has made numerous telephone calls inquiring about various programs through FEMA, the Small Business Administration, NC STEP and others. Tatum said she has also applied for the re-elevation program. Tatum said a representative from FEMA has visited the house to look at the damages, but she has not been notified if she will receive any assistance in completing repairs to her home. Tatum said she is frustrated with the waiting, but she also is aware that the situation could have been much worse. 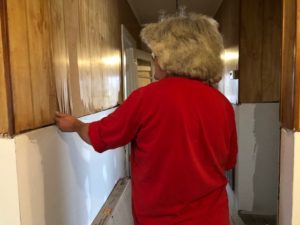 Tatum said when she was able to reach the house after the storm, she sprayed everything she could with a Clorox mixture and wiped it down in an attempt to prevent mold and mildew from forming. She said in the kitchen, mold had formed near a window, inside of a kitchen cabinet and behind the stove. Tatum said she had to replace her stove in the kitchen and the kitchen cabinets due to the storm and they lost most of their furniture.

Tatum said she has had assistance from the Baptists on Mission (formerly Baptist Men) to remove the walls and replace it with sheetrock.  In the house, the wall coverings have been cut and torn out about four-feet from the floor. New sheet rock has been put back up and is ready for painting. Tatum said the base boards have been removed and have not been replaced yet.
She said the wooden floors which are present throughout the house, are in need of sanding and cleaning due to the storm damage. 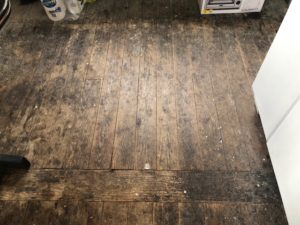 Tatum said her father built the house many years ago and would be upset if he saw the state it was currently in due to the storms. The wait for help continues for Tatum and her family.