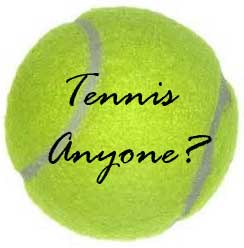 McGill, a junior, posted a 12-4 record in Three Rivers singles matches while playing No. 1 singles for the Eagles. McGill also teamed with junior Jake Evans to win 13 of 16 matches as East Bladen’s No. 1 doubles team. McGill and Evans were 2-1 in conference tournament play and advanced to the MidEast Regionals.

Bostic, a sophomore, compiled a 15-1 record as the No. 2 singles player for the Eagles. Bostic also paired with sophomore Will Hester to post a 14-2 record as East Bladen’s No. 2 doubles team. Bostic and Hester were 3-1 in the Three Rivers Tournament and were 1-1 in MidEast Regional play.

Osorio, a senior, finished the Three Rivers season with a 7-5 record as West Bladen’s No. 1 singles player then won 2 of 3 matches in the TRC Tournament to qualify for the Regionals.

Named to the honorable mention list from West Bladen were senior Victor Arellano (9-4 in singles) and junior Logan Lewis. Arellano and Lewis teamed up to reach the consolation round of the Three Rivers doubles tournament.