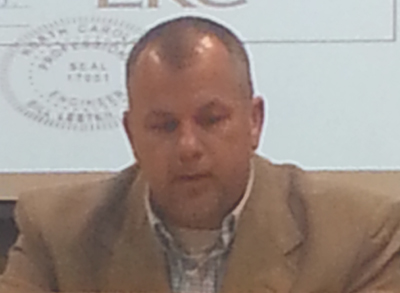 In July there were two court cases of interest on the docket for Bladen County Superior Court. The two defendants, Delane Jackson and MacKenzie Brisson have totally different cases, but many are asking what has happened with both cases.

The first scheduled case on the local court docket was for Delane Jackson, a former Bladenboro Town Manager. His case was continued on July 8 until September 9, 2019.

His case has been continued numerous times, according to court documents. The next court date for Mr. Jackson is September 9th, 2019 according to Assistant District Attorney Quintin McGee.

“Hopefully the discovery process will be complete and we can set a trial date and get it resolved,” Mr. McGee said.

The other case of interest readers continue to ask about involves MacKenzie Brisson of Dublin. Mr. Brisson is alleged to have barricaded himself inside a home on Paul Brisson Road in Dublin while shooting at law enforcement officers on November 21, 2017.

After the shooting stopped, officers sent a robot inside the home in attempt to locate Mr. Brisson. The robot was unable to locate Brisson inside of the residence. Officers eventually found Mr. Brisson inside of a pick up truck in the garage of the home after a six hour stand-off. No one was injured and the standoff ended peacefully.

The case has been on the calendar for case management about every other month, according to court records. Bladen County Assistant District Attorney Quentin McGee confirmed Mr. Brisson’s attorney had an obligation on July 15 and the judge granted a continuance for July 29, 2019. The new scheduled court date should lead to a plea deal or a trial date, according to Mr. McGee.