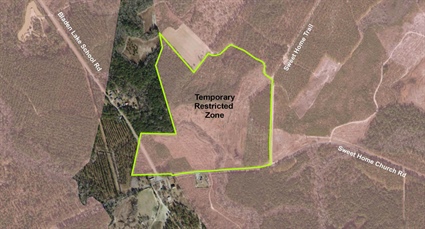 A small church in Bladen County was damaged in November by gunfire. The marks left by the shot gun shells on the building of Sweet Home Holiness Church left many concerned. The church’s sign out front displayed the hall marks of the encounter. There was also damage reported to have occurred to some of the church’s windows on Sunday, November 18. 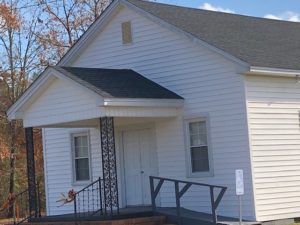 Bladen County Sheriff’s Office Chief Deputy Larry Guyton reported the damage appeared to be by someone who shot in the direction of the church.

The Sheriff’s Office was joined in the investigation by the NC Wildlife Office.

On December 7th the North Carolina Wildlife Commission released a statement about the concerns. The release stated, “Due to safety concerns, the N.C. Wildlife Resources Commission has changed the designation of a portion of the Bladen Lakes State Forest Game Land from a Restricted Firearms Zone to a Temporary Restricted Zone.”

It continued, “Around 72 acres of the Bladen County game land, adjacent to Sweet Home Church Road and Sweet Home Trail, will be closed to hunting activity until further notice. The Commission will re-evaluate the designation after hunting seasons conclude.”

With more than 2 million acres of public game lands in North Carolina, outdoor enthusiasts have ample opportunity to experience hunting, fishing, hiking, birding, nature photography and more according to the commission.