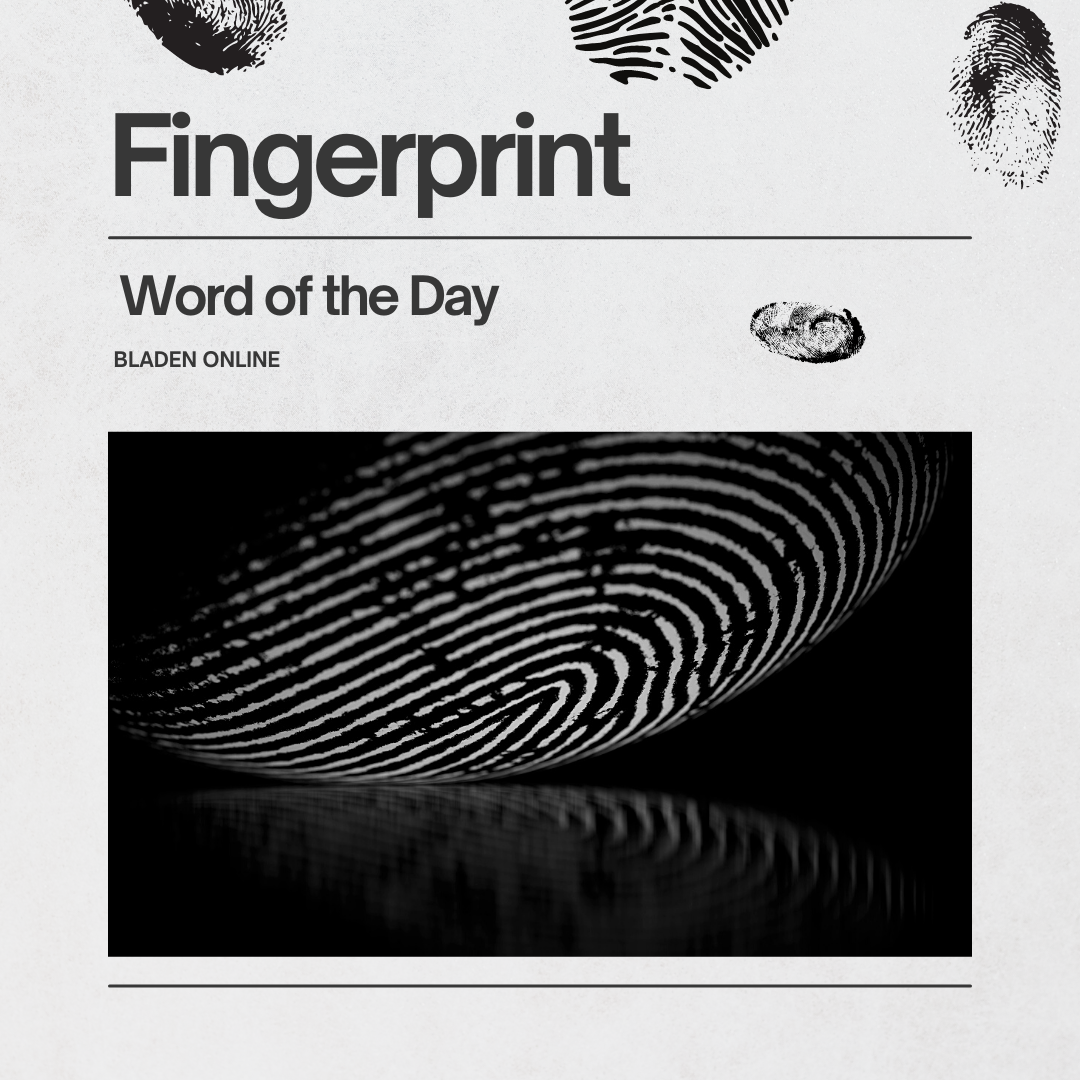 Word of the Day: Fingerprint

And if you still doubt that you are unique, just look at the palms of your hands. Studies have shown that each person’s identity, as well as their fingerprints, are different and unrepeatable.

The term fingerprint comes from the words finger and print. It refers to leaving an impression or a mark.

The study of fingerprints dates back hundreds of years. Long ago, handprints were used as evidence in different crimes. Currently, the science in charge of studying fingerprints is called dactyloscopy.

The fingerprint is a structure formed by hair ridges found on the fingertips. Every human being has different fingerprints. According to dactyloscopy, the possibility of finding two people with the same impressions is nil. The incompatibility between people’s fingerprints makes it possible to discover the identity of one person among thousands. Some studies are dedicated to the search and recognition of fingerprints in the criminal area. On the other hand, advanced technology has the function of reading and recognizing fingerprints for security purposes. Some examples of fingerprint recognition are the unlock sensors of phones around the world.

Besides being incompatible, fingerprints are immutable. Despite the slight damage that the skin may suffer, the prints remain in an unalterable pattern until the moment of death. Intentional and profound interventions such as plastic surgeries are unnatural alterations that can destroy or modify the design of fingerprints.

Furthermore, the impression of an artificial fingerprint can vary according to different factors. Some prints last only a few hours and then fade away. On the other hand, there are records that a fingerprint can last for years without fading.

Fingerprints are an innate aspect of human beings. However, genetic condition or abnormality inhibits fingerprint registration in some people; it is called dermatoglyphics.

Our fingerprints are imprinted on most of the objects we touch. In addition, with the help of studies, it is possible to make a complete tracing of a person’s path just by recognizing their fingerprints.