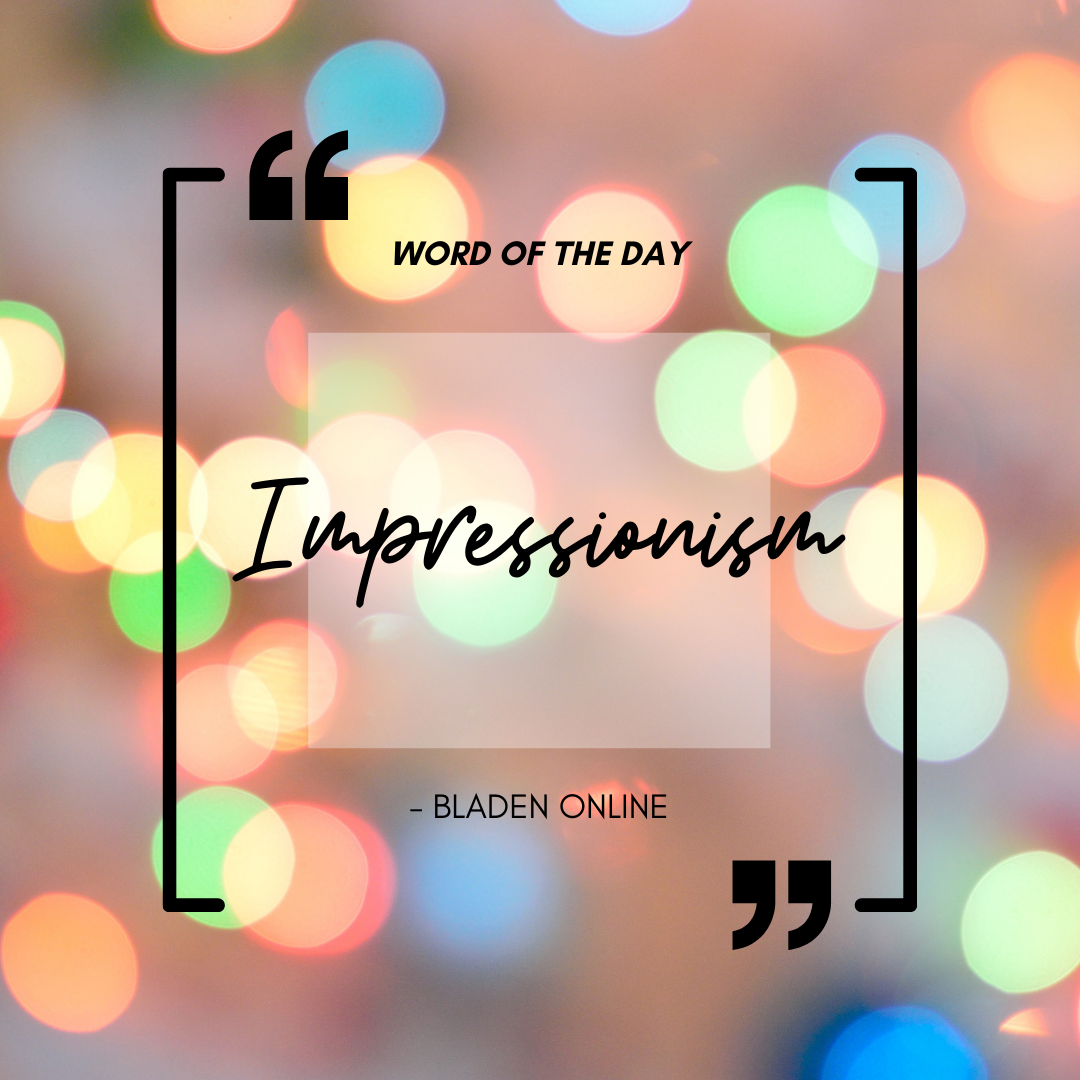 Word of the Day- Impressionism

It is not the detail that remains; it is the impression. Impressionism is an artistic movement and style. It originated in France towards the second half of the 19th century. Its exposure to light and colors characterizes Impressionism.

Prior to this current, there were the currents of romanticism and academicism. Impressionism proposed a new perspective, full of color.

Claude Monet positioned himself as one of the most influential artists of Impressionism. In fact, the name Impressionism comes from one of his works, “Impression, Soleil Levante.” Translated, it means “Impression, rising sun.” Oscar-Claude Monet was born on November 14, 1840, in France. From his childhood, he is included in the wonders of art. He was starting with the cartoon. Around 1859 he decided to study painting at the Swiss Academy in Paris. Due to difficulties along the way, Monet was drafted into military service. Soon, he returned to Paris and met other influential artists and some of his great friends.

Some believe that he liked spending time outdoors. Considering his work with landscapes and nature, this is beyond question. Monet innovated through his paintings the use of color and light.

Despite financial difficulties, Monet continued with his vocation, painting. His incredible talent earned him accolades and fame. Monet married Camille Doncieux in 1870, represented in the play “La femme en robe verte”. In 1874 Monet presented the first impressionist exhibition, “Impression, rising sun.” Thanks to Monet and his companions, Durant-Ruel began to market his paintings. Monet died in 1926.

When we see an image for a few moments or for a short time, only its impression remains in our memory. Details and specifications are not remembered with certainty. This type of feeling is similar to what the Impressionists want to convey. Through pure color and prominent brush strokes, the artists managed to capture the initial and temporary essence of things. The compositions were work focused on light and the unification of objects and subjects.